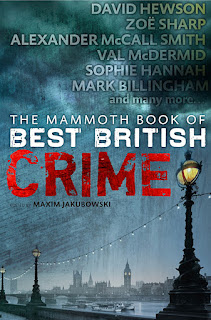 Did you know you could get an Allan Guthrie star story today for free?  No.  Follow the link and find out about Hilda's Big Day Out.

And now to the main feature.  Most cool:
JS: Tell us a little about yourself?

JS: Well, I’m a writer. I grew up in an area of England called the Black Country, but I’m currently living in the frozen citadel of Glasgow with my wife. We keep closing our eyes and pretending we're in New York, but it doesn't work.  I have an Amazon page where you can check out some of my work, as well as a pretty cool blog.

JS: Tell us something interesting about yourself?

JS: Depending on who you ask, I was named after either Jimi Hendrix or Irish whiskey.

JS: And you write crime fiction?

JS: Yes. Well, that was sort of an accident.

JS:  Accident?  What happened?  Did you trip?

JS: Okay, none of it was really an accident, except for my first novel. What I meant was, I’m drawn toward social fiction, and I don't like people putting too many words on a page. Also, I don’t really like navel gazing or talking tigers. Crime just seems to be the place where I ended up. But I think most of my favourite writers of the past would be labeled as crime in the modern market. Just look at Steinbeck or Dickens, they’d be crime writers. Hangover Square By Patrick Hamilton would totally be a noir.

JS: So are you a political writer?

JS: No, I like to say that I write social pulp fiction, it’s still all about entertainment, cliff hangers and suspense, but I’ll sneak in some serious issues once I have your attention. I just like to write about people who don't always do the right thing. And to throw in a few jokes and Harrison Ford references.

JS: Sure, Harrison Ford, that’s a sure fire way to reach the masses. That and all that dirty talk you put in.

JS: I wouldn’t say I use all that much dirty talk.

JS: Are you kidding? I just read your story in The Mammoth Book Of Best British Mysteries

JS: Just checking, because I was in volume 8 as well.


JS: Stop being a dick.  Listen, anyway, I read your story and right on page one you've got a twelve year old swearing and talking about women's body parts.


JS: Well, twelve year olds swear. I did, and that was almost 20 years ago, so I don’t know why people pretend otherwise. People seem to be far more accepting of reading grisly and horrible acts being done to innocent people, than they are of reading a few normal everyday swear words. I don’t really understand it, but it’s a good thing to be aware of when I’m writing. It means I have to be able to justify it every time a character swears, which they tend to do.

JS: Fuck has so many offshoots that it would have to win. Fuck ‘em is probably the phrase I use most. For comedy value I love using Bollocks because it sounds funny as well as being a bit naughty. Up here in Scotland there’s a great one, Bawbag. I can use it in print through dialogue, but I can’t say out loud it because I don’t have the accent.

JS: So quit beating about the bush and tell us about your story.

JS: It’s called A BULLET FOR BAUSER, it’s about a teenaged gang member in the Midlands, and how he thinks a gun will make him a man.

JS: Gun? But there isn’t a gun problem in the UK, is there?

JS: Do you believe in the Easter bunny, too? Kids in the Midlands have been shooting at each other for decades. They just don’t make the national news because they’re the wrong class and colour.

JS: And the funny accent.

JS: I did like the kid I your story though, can I read more of him?

JS: Funny you should ask that. I have a novel coming out this year, from Thomas & Mercer, called OLD GOLD. It’s set in the same town as my short story, so if you don’t blink you might see Bauser.

JS: It’s a bit of a murder mystery, but also a bit of a dark comedy and a break-up story. It tells of a half-gypsy gangland detective. If you’re a businessman looking to find a statue of a falcon or a family looking for a missing toddler, you need not apply to Eoin Miller. If you’re a drug lord looking for a missing stash, or an illegal immigrant looking to stop a rapist, then he might be the man for you. He is very happy ignoring the world, his friends and his family. He’s doing a very nice job of learning to bury his conscience. He will take your money and find something you’ve lost, and then he will walk away. But when a woman is murdered in his house, he’s forced to make some big choices. He has to try and rediscover the difference between right and wrong, and he is badly out of practice.

JS: Tell me about it. 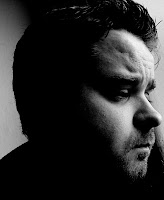 JS: So where else can people be bored by you?

JS: Well, again, they can buy The Mammoth Book Of Best British Mysteries 9, and judge my potty mouth for themselves. I’m part of the team at Do Some Damage, and I blog there every Thursday. You can also find me every ten seconds on twitter under my own name.

To pre-order your Best British Crime in the US from Amazon, click here.
Posted by Nigel Bird at 10:27