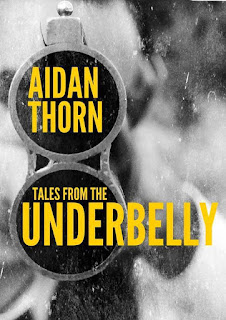 It’s a sunny afternoon in Southampton and Aidan Thorn has decided to turn up to this interview in his underpants - as chance would have it so have I. We’re sat in Aidan’s living room sharing a pint glass of water. The sun has just set on the August bank holiday weekend and Aidan’s far too old for what he got up to during the course of it, he’s a little tired and grouchy which matches my mood perfectly. Neither of us really wants to be here but it was the only free slot in the diary that we could both make work so here we are.

A month or so ago Aidan released a story collection called Tales from the Underbelly (US) and so I’m going to find out what that’s all about and maybe, if we’re both in the mood, I’ll ask him some other stuff about writing too.

For those few (cough) people that don’t know do you want to tell the readers a little bit about yourself and your writing background?

What do you want? I like football, tennis, music and films? That sort of thing?

No, tell us about you

There’s really not much to say. I’m a couple of months shy of my 38th birthday, born and raised in Southampton, England and I remain there to this day. In my younger days I had a few half hearted (and that’s probably over-egging the effort) attempts at putting bands together, I dropped out of University, got myself a real job and have been lucky enough to work for an organisation that put me back through Uni a couple of times and gave me a great career doing something I love.

That said, the creative part of me always felt like an itch that I needed to scratch and so in 2008 on my first holiday to the USA I started plotting out a book idea in my head. I’m a terrible traveller and when I’m in a different time zone I rarely sleep, I only had one book with me and it was shite. So, I got out of bed and started sketching out an idea for a novel on a hotel logo headed notepad. Elements of those scribblings did eventually see the light of day in the 2015 release of my first novella, When the Music’s Over – but only elements of it. Turns out writing a novel isn’t as easy as I thought it would be and I made a right old meal of it. I decided that by way of practice I’d write a few short stories and see how they went. Turns out it went OK, my first ever attempt was published by Byker Books in their Radgepacket series and then I had story after story published online and in collections and for a while I forgot about trying to write a novel. I was enjoying the near instant recognition and reaction to stories I was putting out through various channels. But eventually I did complete a novel, Last Request. It was a decent story, but the writing was clearly in need of a polish and I was unsuccessful in trying to get it published, so I kept plodding away with the short stories until I came across Number 13 Press who were publishing great novellas and so I dusted off Last Request, trimmed it to novella length, sorted out the clunky writing, changed the title and in Sept 2015 it was published as When the Music’s Over. It got a great reaction, I knew the story was decent and once it was polished up I knew it would do OK, and the reviews have proven that to be the case.

So you’ve never written a novel then?

Well I have, but I cut it back to make it a novella

That’s a no then

Short stories have become your thing really and that’s basically what Tales from the Underbelly is right, a short story collection?

Yes and no. It’s a collection of stories of varying length, from very short to novella length that are all linked by characters. The whole thing revolves around two rival gangland bosses, Tony Ricco and Jimmy O’Keefe, but it’s not so much about them as the people whose lives they touch. Some of these people interact with them willingly, some by horrible accent and some don’t even know that they’re involved with them but have to deal with the consequences of their presence in their lives.

So, it’s a short story collection then?

Depends on your perspective I suppose, would you call Pulp Fiction a short story collection?

Oh behave, you’re not seriously comparing your work to Pulp Fiction are you?

I’m not making any comment on the quality of the work here, more the format. In Pulp Fiction everything that happens does so around or because of the mysterious Kingpin figure of Marsellus Wallace, he’s not in all of the scenes, and not all of the characters or stories in that film are linked but the thread that holds it all together is Wallace. In Tales from the Underbelly it’s Ricco and O’Keefe’s enterprises that weave the thread between the scenes that unfold. For me Tales from the Underbelly is more like a collection of linked scenes and stories that tell a bigger story about a criminal underworld, than a simple short story collection. That said, each story stands alone, but if you read the whole thing you’ll hopefully find it more satisfying that a standard collection of tales lumped together to make a book.

You self-published this collection, seem a bit sure of yourself, who are you to say people will want to read what you put out?

That’s a fair question, but strictly speaking I didn’t self publish this. The stories in Tales from the Underbelly have all been published before in various collections and ezines. I just put them together into something that makes the whole thing link up. That said, a lot of people are self publishing these days and whilst there is some absolute shite out there some of the best work I’ve read in recent years has been self published. Sadly I haven’t had a lot of time to read this year but two of the best books I’ve read were self published, one by Robert Cowan (The Search for Ethan) and the other by Ryan Bracha (After Work Call). When I first got into writing I thought self publishing was bullshit but guys like Bracha and Cowan and many more have proven me wrong, it’s just a way of getting work that probably wouldn’t be picked up by mainstream publishers out for an audience that’s looking for something different from the run of the mill stuff you’ll see on the shelves and for me that can only be a good thing – as long as the quality is good.

Tales from the Underbelly is done now so what are you working on right now?

Right now, nothing. I haven’t really written an original word in 2017. It’s been a very strange year, I’ve been very busy in the real world and so writing has taken a back seat. I hope to get back to it again one day, but at the moment it’s just not happening for one reason and another. That said I do have another novella, Rival Sons that I finished on the last day of 2016 that I’m hoping to find a home for soon. I spent what spare time I had in the first half of 2017 tidying that up with edits and writing a synopsis getting it ready to send out to publishers – I’ve had a couple of nibbles on what I’ve sent out so far, so I have my fingers crossed that something might come of it, but I’m not holding my breath – never a good idea in this game.

Thanks for taking the time to talk to me, Aidan now go and put some clothes on 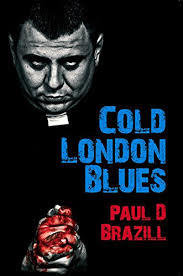 'If the viewing public have any taste at all, 'Roman Dalton - Werewolf PI' will be a smash hit.'

It's a bank holiday. You're looking for something to read. You probably want something that's a little different. A book that will entertain as much as it thrills. If it's a bargain, so much the better.

Well here's one that will tick your boxes and tickle your fancy.

Cold London Blues has an elongated title - Ealing Comedy meets Pulp Fiction and has a love child. I honestly think that says it better than I could by filling the page.

The humour is everywhere, from the scenes and situations to the crazy pun-filled dialogue. Laugh-a-minute is what it is. It's also a good yarn.

The grit is also there aplenty. It's a crime novel and a rather brutal one at that. What's unusual is the way the violence is often so matter-of-fact. It comes at you when you least expect it and is handled with deadpan weight.

And the characters? You'll not see the likes of these very often, not unless you pick up another Paul D Brazill. You'll encounter one of the most unusual coppers in fiction as you read.

If you need your copy right now while you lie on a beach with the sun warming your skin, the kindle (US) version's for you. If you can wait a little longer, then the paperback's where the deal is - £2.84 ($1.89) brand new, which is just ridiculous.

Now pick up a copy and enjoy the rest of your weekend. 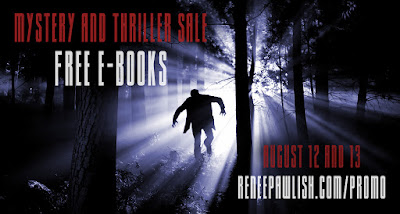