One Man's Opinion: THE JUMP by DOUG JOHNSTONE 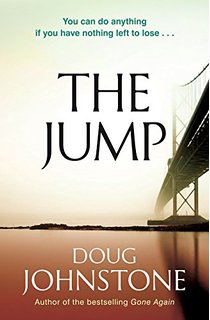 The Jump (US) is a complex tale that takes place in South Queensferry.

At the opening of the story, Ellie is struggling to cope with life. Her son, Logan, killed himself by jumping from the Forth Road Bridge and there’s no escaping the hurt and confusion that has brought. This early section is a painful dissection of suicide and the after-effects of the event on the survivors. It’s harrowing stuff. The author has clearly done his homework and knows how to present the information in a way that is very unsettling.

On one of her obsessive forays out along the bridge to the point where Logan jumped, Ellie encounters a young man who is contemplating doing the same. In a tense scene, she manages to persuade him to come down. For Ellie this is the second chance she never had with Logan. She takes Sam home and does her best to put him back together without informing her husband Ben, who is coping with his loss in a very different way to her.

As she gets to know Sam, she uncovers a dark background behind his misery. It involves the stabbing of his policeman father and a nightmare of a family situation. Suffice it to say that this is also disturbing and distressing and, once again, Johnstone pulls no punches in his delivery.

In order to protect Sam, Ellie has to take many risks. She’s prepared to push the boat out (sometimes literally) beyond the boundaries of normal human behaviour.

The Jump is often gripping and moves with the energy of a good thriller. Whilst shifting with the action, the psychological scars and the open wounds are explored and offer an interesting foil to the adventure. The balances and interplay here is interesting and Johnstone does a pretty good job of holding the internal and external narratives together.

As well as deserving credit for producing another engaging read, the author should also be applauded for his choice of material. Suicide is not something that is openly discussed. It might be that because of this book there’s a shift from this position. Here’s hoping.

One Man's Opinion: OUR SOULS AT NIGHT by KENT HARUF 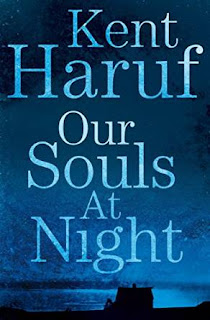 Louis Waters is an elderly widower with a routine of his own to keep him going. Life is a stagnant pool with the occasional splash. Death is waiting around the corner and it doesn't really matter when it arrives. Until, that is, his old neighbour pops round with a proposal that will change everything.

Addie Moore is also old and living by herself. Her loneliness has become too much to bear and she's come up with a possible solution: asking Louis if he'll come over to spend nights with her so that they can talk. There's no sex on the agenda, just companionship.

Louis can't resist and decides to give the proposed arrangement a try.

What unfolds from there is a wonderful story that overlaps the past and present in a superb balance. Addie and Louis reflect upon their lives. Neither's journey has been straightforward and each have had plenty of time to allow emotions to settle since the major incidents of their time.

Their new arrangement soon sets tongues wagging and word gets out to their children. The range of reactions of the people in their small town and the way the couple cope with them offer some wonderful vignettes and tell huge tales in small packages.

Life becomes more complicated and far richer when Addie's grandson comes to stay. The early complications of the transition are dealt with using tenderness and wisdom and a series of adventures follows in which the three bind tightly together.

The whole read has a magical feel to it. Part of that magic lies in the fingers of the writer. Using simple strands of conversation and events, he has woven an elaborate and moving tapestry. There's an effortless energy to the tale and yet it carries an ever-present tension to add a gentle momentum throughout.

I found the story to be strangely soothing. It's life-affirming without being manipulative. The emotions that run through it are strong and hit home. I loved spending time with Louis and Addie and hope that my twilight years can be half as warm, complicated and fulfilling as theirs.

Our Souls At Night (US) is a special book, one that's going to stick around with me for a good while. Treat yourself. 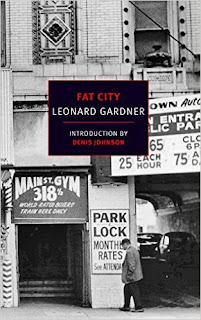 ‘At one time he had believed the nineteen-fifties would bring him to greatness. Now they were almost at an end and he was through.’

Fat City (US) centres upon the lives of a stable of boxers and their coaches. In truth, it’s not much of a stable. There are has-beens and hangers-on and never-had-a-hope-in-hell characters who sometimes turn up to train and sometimes don’t.

Things look to be on the upturn when Tully discovers a new talent in the form of the young Ernie Munger, so much so that Tully begins to think that a return to the ring might not be beyond him. All he really needs is to get over his divorce, kick the booze and get himself in condition and anything might be possible.

The tales of the history of the training and their bouts is compelling. Even more powerful is the examination of their personal battles. Each of their lives a struggle against demons without and within. Their worlds are tough. Money is tight. Women bring pleasure and pain in equal measure. The mundane is everywhere and the only hope of escape seems to be to put on the gloves and either take or dish out a beating.

Some of my favourite scenes revolve around the seasonal work offered on local farms. These are handled superbly and highlight the depth of the desperation.

‘And so Tully, relating the story of his marriage, crawled through the afternoon, separating the nuts from clods until all the nuts were the same hated one thrown forever into the bucket.’

I love this sentence. It resonates with me as I’m sure it would with many. That sense of the pointlessness of the daily grind. The repetition week after week. The harnesses that have to be endured. Working is tough. Surviving can feel hard. Life could always be better. Even for the lucky ones.

This is a fantastic read. The prose is tight and powerful. The cycles of hope and despair are compelling and the desire to root for the characters in whatever they do is strong.

One Man's Opinion: A COLD DEATH IN AMSTERDAM by ANJA DE JAGER 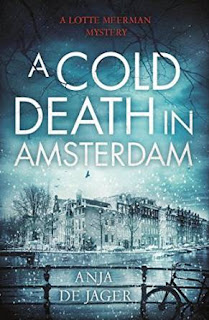 It’s been a while since I read my last Dutch-set crime novel, which most likely would have been an old Van der Valk in the form of a tattered old Penguin paperback (note to self, dust off the old Nicholas Freelings). My visit this time came courtesy of a new detective on the scene, a cold case worker called Lotte Meerman.  I’m very pleased to have made her acquaintance and I hope we get to meet up again at some point in the future.

In A Cold Death In Amsterdam (US) Meerman has become something of a celebrity on account of her solving an old investigation of a missing girl. Her growing status hasn’t done her any favours, however. For complex and personal reasons, she is hiding the truth about the way she came about her information. She is also haunted by her findings as it reminds her of her own brief time as a mother.

We meet her driving through the snow in the middle of a restless night. She stumbles into an armed robbery, the consequences of which lead her into another murder inquiry from the past. This time, her work will be complicated because her father worked the initial investigation and appears to have a rather large secret to hide. It’s not long before it becomes impossible for her to hold all the threads together and her own unravelling is accelerated.

Her relationship with her estranged parents is explored and tested throughout. This personal journey is very nicely handled and the unfolding of the detail and history is nicely paced.

As the central focus of the book, she couldn’t be stronger.

The physical setting here is also pleasing. Holland offers a great landscape that is more than just a backdrop for the story. The book also allows some insight into the internal workings of the psyche of a particular strata of Dutch society – lurking shadows, rational application, a sense of the desire to protect privacy and the ways lies are told without completely destroying the truth.

If there’s a slight flaw to this one, I’d mention the financial aspects of the new case. As the murder was related to a big investment company this has to be dealt with, but at times its narrative detracts from what is otherwise a steadily building tension and nicely handled drama.

Overall, a very enjoyable read. Anja de Jager’s creation offers fresh and fertile pastures for those looking for a new detective to follow, especially if an interesting continental clime is appreciated.