AIN'T THAT A KICK IN THE HEAD 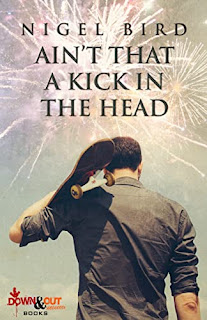 This year, the fireworks will be red hot!

“Nigel Bird knows his characters inside and out—what they want, how they think, how they grow and how they fail. Ain’t that a Kick in the Head might be his best work yet. A convincing, engrossing portrayal of what life is like for cops and criminals alike.” —Chris Rhatigan, All Due Respect Books publisher“One of my favourite contemporary crime fiction series.” —Colman Keane, Col’s Criminal Library 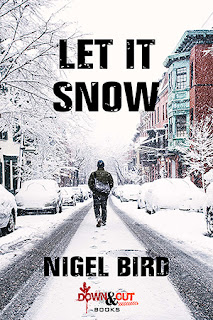 Police Constable Ernie Shavers is murdered while trying to save the life of a suicidal teenager and everyone wants a piece of the killer. Some are happy to play it by the book, others don’t give a damn whether the rules are smashed to pieces. Whether they’re playing straight or crooked, they may not have long before the killer strikes again. Unfortunately it’s a big city and the current crime wave has thrown them a couple of curve balls to pile on the pressure.

At the zoo, a rhino is killed for its horn. With no evidence trail and a broken heart, DS Sue Nolan turns to an old flame, a man who always has his ear to the ground. Gangland boss Johnny Yen is only too happy to help, but only if he can get a little something in return.

In the centre of town, the biggest store in the city is robbed by a mannequin. It’s the perfect inside job and the owners of the store know exactly which officer they want on the case, only the officer doesn’t feel quite the same way.

If that wasn’t bad enough, record snowfall has created chaos within the police department.

It’s going to be one hell of a Christmas.

Praise for LET IT SNOW:

“You’ll want to spend time with the characters in this book. They’re ordinary people in all their glory and folly. Bird even manages to make one of the most hated characters in fiction (or life—the cop killer—engaging and interesting. Highly recommended, even for those who don’t usually dig police procedurals.” —Chris Rhatigan, Publisher, All Due Respect Books

“Let It Snow is an enjoyable fireside treat, though it certainly isn’t sanitised, it’s a warming police procedural for any point in the winter.” —Mal McEwan, Crime Fiction Lover

“Bird manages to create more than enough suspense to keep the reader turning pages to find out what happens.” —Charles Salzberg, The Big Thrill Magazine

“The tension is well-paced and, as in real life, there’s more than one case running together. Police personnel’s home lives are part of the problem. I found this a really good read.” —Kath Middleton, Ignite 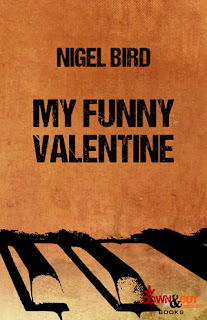 After nearly two decades, the insidious Double Dutch is ready to kill again... Can DI Wilson catch the infamous serial killer before he celebrates Valentine’s Day with two lovingly planned acts of homicide?

It’s almost twenty years since the last Double Dutch killing and he’s back with a vengeance. The discovery of his latest victim resurrects ghosts the police hoped they’d laid to rest forever.

With Valentine’s Day almost upon them, detectives know they have limited time to avoid another slaying.

Follow DI Wilson and his team as they try to locate the killer before he strikes again.

My Funny Valentine is the second novel in the highly-praised Rat Pack series.

"It's a densely-woven fabric of a story and I whizzed through it. I enjoyed it hugely." —Kath Middleton, Ignite