One Man's Opinion: NO SAFE HOUSE by LINWOOD BARCLAY 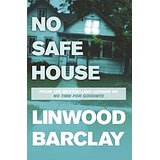 The weaving process is right at the heart of what an author does. We create the raw materials, spin yarns and throw our protagonists into complicated situations to see how they’ll cope. The trick, of course, is to make sure that the reader isn’t able to see the hand of the creator at work.

In No Safe House (US), Linwood Barclay didn’t quite manage to hide the stitching together of the plot. He’s an author who I’ve enjoyed in the past and have admired for the way he turns normal lives upside down in entirely believable and gripping ways.

What’s different about this one is that the succession of coincidences and unlikely events eventually wore too thin for me to suspend disbelief. This made the process of getting to the end somewhat mechanical. There was plenty I wanted to find out about and I was interested enough to persevere, it’s just that the magic spell was broken and so the impact was reduced.

No Safe House didn’t hit the mark for me. If you’re thinking about it, why not pick another Barclay from the shelf instead - play the safer bet and see how it shakes down.
Posted by Nigel Bird at 10:30 No comments:

One Man's Opinion: THE LONG-LEGGED FLY by JAMES SALLIS 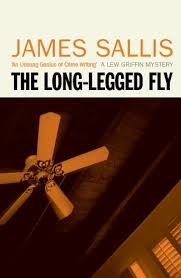 “Jesus, Lew. Sounds like you reached for your hat and got the chamberpot instead.”

The Long-Legged Fly (US) tells a series of stories about Lew Griffin. It spans four periods between the 1964 and 1990 and traces Lew’s life as he sinks into alcoholism and bounces between drunkenness and sobriety over the years.

It’s an interesting book in lots of ways. It opens as a private detective novel, but as it progresses the investigations take a back-seat as his reflections on life and his attempts to get his personal issues together come to the fore.

We meet him in New Orleans where he is hired by some political activists to find an important figurehead for their black-power movement. Corene Davis has disappeared on her way to an engagement. She boarded a plane for the city but didn’t appear when it landed. This story takes Lew into the bowels of the world where his size and reputation allow him to remain safe and to apply pressure when necessary.

Echoes of his first investigation appear in the further episodes in his life. His tough side is ever-present, but is counter-balanced by his warm heart and sense of justice that are shown in unlikely circumstances.

Though a book in four quarters, it’s also a story of two halves. My preference is for the opening half where his detective work is at the fore. The interplay between his life and work is very successful and there’s a dramatic edge to the cases concerned. The hard-boiled influence gave me a lot of pleasure and is a fine example of the genre. In the second part, the cases take a back seat as Lew shifts his world away from what he knows and attempts to forge a steady relationship and begin a life as a writer. Part two is much more focussed upon the philosophical thoughts of an ageing male as his mind moves upon silence. The musings are often poetic, thought-provoking and powerful and offer a huge amount that is worthy of appreciation, there’s just a very different energy to the plots as the cases are diluted.

The Long-Legged Fly is a book I enjoyed. Fans of the detective novel will find this a treat, as will those who are at home among the more literary pages of this world.
Posted by Nigel Bird at 12:50 No comments: 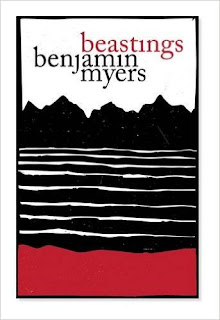 One Man's Opinion: I KNOW YOUR SECRET by GRAHAM SMITH 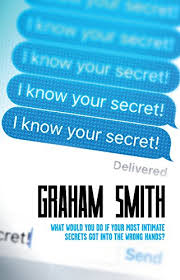 I Know Your Secret (US). I guess that we’d all be frightened to hear those words. It happens to be worse in this case as the blackmailer knows exactly what secret is been hidden and can offer up enough information to prove it.

There’s a lot of tension in the squad as they go about their work. Former boss DI Harry Evans is on the verge of retirement and is also following a court case relating to the death of his wife. When he’s not pursuing his personal quest, he’s buzzing around the investigations and trying to help out the new kid on the block, DI Campbell, with half an eye on manipulating some position as consultant to the police in the future. Campbell is busy trying to impress his new team and also to work under the pressure of an unsympathetic boss and a wife with a new baby who is in need of support and isn’t happy about the lack of it.

As each strand of the story is dealt with, the major thread of the priest’s murder picks up pace. As new points of view are introduced, the rich tapestry of it all is revealed in a teasing manner and it becomes compulsive reading as the end draws near. The basic premise of the story and the motive of the killer are really well conceived, providing both a strong spine to the work and a conclusion that is entirely satisfying.

The police and villains alike are all well-formed characters, with the main protagonists being particularly well-penned. The setting and influence of the region add a strong flavour to the investigations and the undulating emotions and doses of humour keep things interesting throughout.
Posted by Nigel Bird at 13:44 2 comments: