One Man's Opinion: CHARLIE 316 by COLIN CONWAY and FRANK ZAFIRO 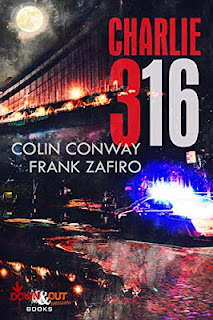 My previous encounters with Spokane have been limited, as far as I can remember, to episodes of Frasier where it is used as the butt of many a joke.

This time, I arrived at a very different kind of place.

Charlie 316 opens with a car chase that escalates into an ambush and a shootout where the only casualty is created by the gun of SWAT officer Tyler Garrett. The outcome is complex and tricky for a number of reasons. The victim has been shot in the back and doesn't appear to have a weapon. The officer doing the shooting is black while the dead man is white. There have been recent cases of racial tension due to a similar incident in Chicago, so everyone's on tenterhooks and worse, Garrett is something of a poster boy for the department.

As the investigation and the public relations machine get into action, the whole of Garrett's life is put under the microscope and soon begins to unravel. Those in positions of power are mainly loyal only to their positions and genuine friendship and honest police work are not easy to find.

The news becomes a focus of the national press and Garrett's home address is leaked to the public via social media. Before long, everything is spiraling out of control and it looks as if an innocent man is likely to be thrown to the dogs.

There's a huge amount in this one. The knowledge of police work is, not surprisingly given the authors, brought to life in terms of its detail and authenticity. The politics of race is sliced up for examination in a number of ways. There are enough twists to take you where you weren't expecting and the action is fast and furious when required. Add to that really strong characters and a real desire to find some kind of justice and you have a substantial crime novel that will pass a good few days of your lockdown.

If you read it and want more, fear not: this is the opening novel in a series that you can track down via Down & Out Books here.

DOWN & OUT BOOKS PRICE SLASH 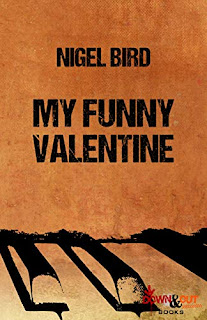 It's almost February, which means it's also almost Valentine's Day and that my latest novel is in season.
Down & Out books are marking the occasion by slashing the price to a mere 77p in the UK or 99c in the US. 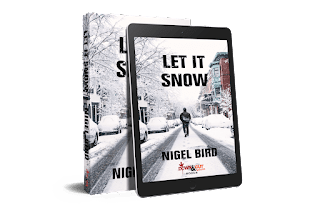 And that's not all. The price of Let It Snow, the opening book in the series is also 77p/99c, so you have the option of reading them in order if you haven't already given the series a try.
There are some excellent reviews of each book to recommend them in case you need the opinion others to sway you.
If you decide to go for them, I'd like to thank you on behalf of Down & Out and, of course, me. I'm always grateful for any sales, reviews or support and I hope you know that's the case.
The books are available from these Amazon links:
AMAZON UK
AMAZON US
AMAZON CA
AMAZON AU
AMAZON IN
AMAZON DE
AMAZON FR
The offer is also available from all the usual ebook shops and the direct links can be found here.
If you pick up the books and read them, let me know what you think. I'm always happy to gather feedback.
Many thanks,
Nigel
Posted by Nigel Bird at 19:30 No comments: 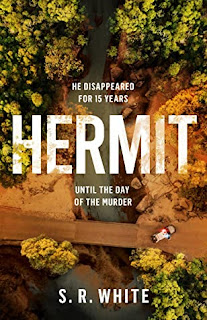 Dana Russo, an Australian detective working out in the wilds, is having a bad day. In fact, it's the same bad day she has every year as the events of a personal anniversary surface to challenge her will to live. When a local shopkeeper is murdered early that morning, it proves to be a distraction from her inner struggles, though she'll remain haunted by them whatever happens.

The chief suspect is a man who won't talk. He's in a state of shock and is in no fit state to open up. It's only when Russo interviews him and a bond is formed that they can begin to communicate. Even when they do, it turns out that the man has been living off grid for most of his adult life and is entirely invisible to the state.

It takes an immense amount of skill for the detective to get her man to talk, but even her talent wouldn't be enough if they didn't recognise something of their mutual suffering in each other. Neither can quite work out what the link is, but their bond grows as they spend time together.

The rest of the team are busy trying to work out where he's come from, as well as supporting their colleague and untangling each of the loose strands to the case.

All options are plausible and the aspect of the case are intriguing enough to keep any fan of the police procedural hooked. What takes this to another level are the surges of emotional engagement for the reader in terms of both detective and prime suspect. It's hypnotising and tense and as much as I wanted to get to the core of the case, the direction of the story makes it clear that this isn't going to be an easy thing to deal with.

I believe Hermit (US) is a first novel and there are elements where this is apparent, especially regarding the levels of Russo's introspection and the maintenance of that particular thread (for me, it eventually moves past it's sell-by date), That said, this is a powerful read and a recommended one. What's exciting is that there might be more books to come- this would be a great platform in the series- and if it is, I think I'll enjoy watching it evolve. 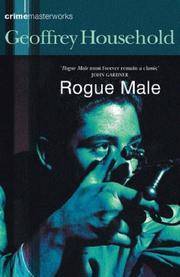 My copy of Rogue Male is published as one of Orion's Crime Masterworks. I guess that should make the author a household name, though I very much doubt that is the case.

Rogue Male wasn't the story I expected. It tells the story of a hunter on the run after attempting to assassinate a European leader who is clearly a malignant influence on the world. The opening is a thrilling tale of an early capture and escape. Following on, we accompany the protagonist back to the UK where he uses his connections to help him disappear.

In truth, the hunter-turned-hunted is highly skilled in keeping a low profile. His chosen method of disappearance is to live from the land. In many ways, his animal instincts to survive are all he needs. There are occasional treats, such as taking a hot bath, which are described in wonderful detail and should make one grateful for the luxury items in life that we take for granted. There's also an acknowledgement that some of his desires can't be satisfied within a solitary world, though he is logical and philosophical about how to cope with such problems.

As it turns out, the foreign agents who are hunting him down are skilled and plentiful. Even when going totally off-grid, they are able to follow the scent and pin our man into a corner.

It's a gripping read while also being one that requires the taking of time to savour the language and the ideas being explored. I imagine a runner may appreciate some of the contradiction here: the desire to produce a quick time conflicting with the benefits of slowing down in order to appreciate the features and natural beauty of the route. Household succeeds by sucking the reader into the internal workings of the protagonist's mind as well as into the dark pits he inhabits along the way. Ideas of purpose and lack of it are reminiscent of existential fiction and, though the language is sublime and beautifully English (I had to make frequent use of a dictionary to help me along the way), there's also a sense that the style is of European stock.

Totally engaging, yes. Powerfully intelligent? I think so. Surprises at every turn? Definitely. A dull and anticipated ending? Definitely not.

In short, worthy of the classic status and I wish I'd read it a long time ago. Well worth your time and, given the theme, more than appropriate for our latest lockdown.

And here's a link to info of the Fritz Lang adaptation in case you're interested.