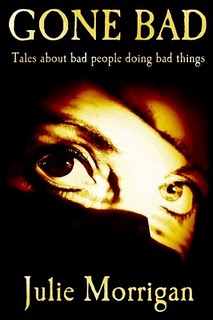 It's Royal Wedding day.  That's a reason to celebrate for many.  Me, I'm easy.  I'm not a royalist.  On the contrary, I'm more of a passive abolitionist.  That's not to say I'm against today.  It's difficult to be sour in the face of love and celebration and happiness.  So, in spite of my general stand, good on the couple and I hope everyone who's making an effort has a jolly good time of it.

(I've just popped through to see the couple at the alter.  They look amazing and that dress is stunning.  I've got a small lump in my throat - don't tell anyone, will you?)

There are lots of other reasons to celebrate this week, in spite of my return to work after the Easter break.

I've loved the posts here.  Emily Winslow and Sabrina Ogden really took the biscuits and Julie Lethwaite is about to run away with the cake.

There's an amazing new look to Plots With Guns: http://plotswithguns.com/

Copper Smith has a Flash Fiction comp that looks like fun and will draw in a lot of quality:  It's theme is dead rock stars.  Contact him through his blog if you like the idea:  http://www.uppercutavenue.com/

Another five star review at Amazon

'Dirty Old Town is the first thing I have read by Nigel Bird and it won't be the last. A very varied range of short stories. Nigel writes with an innate sense of believability, his characters came alive for me. Humour is ever present but this did nothing to spoil the sometimes dark nature of his tales - a rare skill. There's a little something for everybody in this collection. A cracking read start to finish.'

Thanks for that to GrooyDaz39 from Hull for that injection of spirit.

I completed a couple of stories with May 1st Deadlines and, after a little help from my friends at Crimefiction Writers, I've ended up with pieces I'm really happy with.  The quality of the comments at Crimefic is amazing and the process of checking other people's work as well as receiving feedback is a real education.  Thanks to all of those guys for their help.

And there was also that amazing novella start by Pablo D'Stair on Easter Sunday.  The opening chapter is outstanding and you'll find it here if you check out the earlier posts.  Tonight, it's the third chapter over at David Barber's place, http://davidbarberfiction.blogspot.com/2011/04/this-letter-to-norman-court.html .  Before you go to chapter 3 (and I strongly advise you to do that), you'll find chapter 2 at Julie Lewthwaite's Gone Bad , which loops round nicely to today's interview which is with Julie.  Many thanks for being here and for being the first to take on Pablo's novella baton.


Oh god, the name thing! Sorry about that. I have fiction out there as Julie Lewthwaite (my actual name), Julie Wright, Julie Morgan and Julie Morrigan. There’s a reason for it all, but I won’t bore you with it.


It’ll be simpler from here on in. Fiction will be by Julie Morrigan, and my business writing - as it always has been - will be credited to Julie Lewthwaite. Okay?


I suppose. Although if I may say so, you’re getting ideas above your station, aren’t you? Hanging with the cool kids ….


Um … yeah, to be honest. But I was invited. That nice Nigel bloke who writes the scary crimey stories asked me.


Well, this series has been running awhile. Must be getting low on writers.


Not at all - never mind all the good stuff there’s been already, wait ‘til you see who’s up next! There are lots of good writers out there and they haven’t all done the one (wo)man waltz yet.


Okay, I believe you. I’m worried about you, though.


Well, that’s some seriously bad shit you’ve got running around in your head. Are you safe to be let out on your own? Do you sleep nights?


What gets you started with a story?


Different things with different tales. It might be a voice I start to hear in my head, an image I can picture, or an emotion I have felt and want to invoke in the reader. Sometimes I see things that make me wonder. Or that scare me. Or make me cry.


Well, there was this one time in Asda. I heard a kid giggling and saw a little girl - maybe 7 or 8 - being thrown around by an adult male. You know the sort of thing, bit of horseplay. She was really enjoying it, but there was something in his face … then I heard her cry out in pain. He’d dropped her, and I think he did it on purpose. Give the kid a bit of happiness, then take it away. Another lesson learned, another callous on another soul. The look on her face spoke volumes. I wish I’d been either more brave or more sure and had had a word with him. As it was, I said nothing.


If you’d spoken up, you might have made it worse for her.


Maybe, maybe not. But it occurred to me, isn’t that one of the things we do as writers?


What, make things worse for people?


*rolls eyes* No, stand and watch. Observe. Wonder how it feels. Then write about it.


I don’t think so. I think in a lot of cases, we feel too deeply and that causes us to reach out with our stories and ideas. We’re constantly trying to connect.


Or to reassure yourselves that you’re not just fucking weird.


Too late for that.


What’s this e-book malarkey you’ve been banging on about?


The publishing industry is in the throes of a revolution. It reminds me of the changes that happened in the music industry when digital content started to become widely available. The music industry totally fucked that one up - they treated music fans, their customers, like criminals - so there are lessons to be learned. But I’m not convinced the big publishers are learning them. They’re still slow to react and their e-book prices are high to the reader, while writer rewards remain comparatively low.


Those writers who self-publish are trying to get the stories out there now for people to enjoy. Let the readers decide what they want. They’re not daft, they should be trusted to know what they enjoy reading.


So publishers are the enemy now?

No, not at all. Especially not small, indie publishers like Caffeine Nights. Nick Triplow recently said that signing with Caffeine Nights was like a band signing with Rough Trade in the seventies. And there is that feel now, that excitement, so many possibilities ….

Look, there’s just so much luck involved in getting a traditional publishing deal. There are so many variables - you need to hit the right desk on the right day and hope not only that the person who looks at your stuff hasn’t just accepted something with a similar theme, but also doesn’t have a hangover or hasn’t just had a row or doesn’t hate people called ‘Julie’ because that reminds her of the heartless nanny who murdered her teddy bear when she was four and a half.


Did I …? No! I love teddy bears! What I’m saying is that it isn’t enough just to write a good story, it has to be the right length, to be able to be easily classified so booksellers know what shelf to put it on, and to match a perceived zeitgeist that will be twelve to eighteen months in the past by the time the book hits that shelf.


I woke up to the possibilities offered by e-publishing and had my first book out within a fortnight. Had I subbed to somewhere like Caffeine Nights and been good enough to be accepted, it would have taken a bit longer for the book to hit the street - but not twelve to eighteen months. That’s where self-publishers and indies have the edge - as a business model, it’s much more nimble. (And let’s not forget that publishing is a business. I think it was Stephen King who said something along the lines of you don’t get paid to write, but you do to publish.)


So how do people know what’s best to do?

It’s very much a matter of personal choice. Despite my reservations about and criticisms of mainstream publishing, that remains very much an option and, for some people, it’s the ideal outcome, the dream come true. And that’s fair enough. But it’s nice to have a choice, and since there is one now, I’m choosing to have a bash at e-publishing.


So what’s this book again?


Describe it in three words.


Nice. Have a fourth word.


So foul language and violence are funny now, are they?


They always were, if they were written right.

Okay, I’ll give you that. What’s next?


I’m planning a series of business books, probably to be called ‘Business Shorts’ and each tackling a different issue - getting things done, communication, teams, that sort of thing. They’ll probably run at around 40K words, hence the ‘Shorts’ tag.

Okay. I’m planning on getting a couple of novels out sharpish. The first has the working title of ‘Lost Children’ and is about how one stupid mistake made when my main character is just a kid colours and warps her whole life. Then there’s ‘The Last Weekend’, which looks at how a bunch of people who have got together with the intention of undergoing assisted suicide react when someone starts killing them off.


And funny. I hope. We’ll see - no doubt the readers will tell me when the time comes. They’re in charge, after all!


Ain’t that the truth. Now shut up and write something.


Julie blogs here http://anotherdayinthewordfactory.blogspot.com/  and here http://gonebadonlinestories.blogspot.com/ . She also proofreads for Caffeine Nights Publishing: http://www.caffeine-nights.com/editing--proof-reading.html#axzz1I67CCijl . Gone Bad, her recently self-published collection of short stories, is available as an e-book via Smashwords, Amazon UK, Amazon USA, Barnes &amp; Noble and goodness knows where else. So far, people seem to like it. And it’s cheap.

I love that mention of 'feeling things deeply'.  Very well put.  And the idea of a writer signing to an indie being just like a band signing to Rough Trade, it's an excellent analogy.

If there's any doubt that Juie's in the big playground now, she appeared at the wonderful Criminal-E earlier this week.