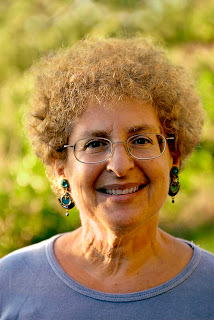 How would you describe what you do?
I’m a mystery writer and an online therapist—a self-description that’s been keeping me off juries ever since I started saying it out loud.

There’s no short answer to that question. I’ve wanted to be a writer since I was seven years old. I got a master’s degree in social work and became a therapist at around age forty. I started working with clients online in my late fifties. And my first mystery novel, Death Will Get You Sober, came out on my sixty-fourth birthday.


Tell us about your mystery series.

The series includes two published novels, Death Will Get You Sober and Death Will Help You Leave Him; the third, Death Will Extend Your Vacation, is under contract and will appear in April 2012. They’re traditional mysteries, set in New York City and featuring recovering alcoholic Bruce Kohler and his two sidekicks, Barbara the world-class codependent and Jimmy the computer genius. My characters also appear in three short stories, with a fourth due out in an anthology later this year.


How is this series different from all other series?

A little hommage to Passover there. Sometimes I can’t resist a joke, for all I’ve learned about “killing my darlings” in the process of developing my craft as a writer. In fact, I believe my mysteries are different. In the last couple of decades, some magnificent crime fiction writers, notably Lawrence Block and James Lee Burke, have created protagonists who are recovering alcoholics. But in creating my characters and their world, I wanted to go far deeper into the process of recovery, in which not drinking and going to meetings is just the beginning. I also wanted to get at the fun in sobriety for those who connect in a meaningful way with the twelve-step programs and other people in recovery. A good AA meeting can be a lot like a good comedy club. Bruce is a bit of a smartass—he calls himself “ham on wry”—and he does a lot of kicking and screaming on his way to what AA calls spiritual recovery, which is not about any religion but a matter of getting over negativity, hopelessness, and despair. But as he develops as a character, he’s drawn in spite of himself into what the AA Big Book calls “a manner of living that demands rigorous honesty.” That’s quite a change for a bullshit artist and chronic turnstile jumper, but Bruce gradually realizes that it’s worth the effort.


What about your sidekick character, Barbara? What’s her role in the series, and to what extent does she resemble you?

Oh, you noticed that? Barbara and I are both nice Jewish girls from Queens, and we both have a tendency to rescue and control a little more than we’d like to. But when (at an editor’s suggestion) I demoted Barbara from first-person co-protagonist to third-person sidekick, I was able to develop her into a character who’s a lot more over the top than I would dare to be. Barbara tries not to stick her nose into other people’s business, but she’s addicted to helping and getting involved, which makes her a wonderful amateur sleuth. She tries to “keep the focus on herself” as she’s learned in Al-Anon, but she keeps backsliding, and that fuels the detection part of the plot as well as the character and relationship arc and makes her a lot of fun to write and, I hope, to read. I have been told by more than one reader that they think Barbara is “a hoot.” She’s also a strong woman and at times a vehicle for my feminist voice.


What else are you working on?


I have a second series that I didn’t plan that way. I wrote a story with a new protagonist, a young Marrano sailor on Columbus’s first voyage. I can’t explain where Diego came from: he started pounding on the inside of my head in the middle of the night and wouldn’t stop until I told his story. The Marranos were the Jews who pretended to convert to Christianity but still practiced their faith in secret. The Jews were expelled from Spain on pain of death on the same day that Columbus sailed. In “The Green Cross,” Diego is falsely accused of theft on the voyage, and Columbus steps in and saves him by deducing that he couldn’t have done it. In the second story, “Navidad,” I started mining the actual history of the first voyage, and I got more and more fascinated by what happened. Both of the short stories were published in Ellery Queen’s Mystery Magazine. I’ve just completed a YA suspense novel about the second voyage, in which Diego has to get his younger sister out of Spain a step ahead of the Inquisition. Some amazing themes have emerged along with the adventure story and the characters, whom I’ve come to love. This book is all about being an outsider, intolerance, and genocide: the persecution of the Taino in the Caribbean and of the Jews in Spain and elsewhere in Europe have some remarkable parallels.

In addition to the historicals, I’ve written quite a few standalone stories: some were published in 2010, and at least a couple more will appear this year. Besides the writing, I’m working on a CD. I’ve been an acoustic singer/songwriter for many, many years, so this album is long overdue, and I’m having a marvelous time working on it. The title is Outrageous Older Woman.


You have been nominated for several awards. Tell us about that.

Three of my short stories have been nominated for the Agatha Award for Best Short Story. The first two were about Bruce and his friends: “Death Will Clean Your Closet” and “Death Will Trim Your Tree.” Currently, “The Green Cross” is up for this year’s award. The results will be announced at the Agathas banquet at Malice Domestic on April 30th. All the other nominees are friends of mine who have written wonderful stories: Sheila Connolly, Mary Jane Maffini, Barb Goffman, and Dana Cameron. So it can’t be about winning: we all deserve it, and we all have a shot. I wouldn’t mind becoming the Susan Lucci of the Agathas—she got famous for being nominated over and over without winning, and she’s the only daytime TV star I’ve ever heard of.


To what extent are you being affected by the growing trend of e-publication?

My first two books are available on Kindle through the publisher. In my new book contract, I retain the e-rights, and I intend to make the book available for e-readers as soon as I can. And I’ve recently made two of my previously published short stories, “Death Will Tie Your Kangaroo Down” and “Death Will Trim Your Tree,” available via Smashwords and Kindle for 99 cents each, doing the formatting and covers myself. I plan to add to these as more of my published stories become available and eventually put them together as a collection, possibly with an unpublished novella to attract readers who have already read my other work. It has meant a lot to me to have my work published by such giants as St. Martin’s and Ellery Queen’s Mystery Magazine, but e-publishing is here to stay, and today’s authors need to view it as a great resource and opportunity. When I signed my first book contract in 2008, electronic rights seemed irrelevant; by 2009, thanks to the Kindle, they had become crucial.


How can readers get in touch with you and find your books and stories?

My author website is at www.elizabethzelvin.com. I blog with other mystery writers on Poe’s Deadly Daughters at www.poesdeadlydaughters.blogspot.com.   Death Will Get You Sober and Death Will Help You Leave Him are still available in online bookstores, by order from bookstores, or if you want a signed or inscribed first edition, from me at orders@elizabethzelvin.com.

Here are links to the stories that are available in e-editions:

“Death Will Tie Your Kangaroo Down”

Good luck with that Agatha, Liz.  If you'd like to read her story, follow the link in the interview.﻿
Posted by Nigel Bird at 11:19