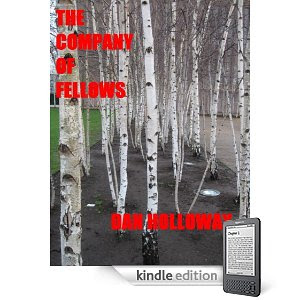 The announcement on Monday at Paul D Brazill's site You Would Say That Wouldn’t You was something Chris Rhatigan and I had been looking forward to for quite a while. Maybe my chest puffed out with a little too much pride, as I soon lost a few buttons from my shirt.

The chosen name for our anthology, 'Pulp Tones' caused a few waves in the fiction world of the kind I'd rather not be making.

To cut it short, we did what we felt to be the right thing and decided on a name change and an apology for any offence caused. Sorry Pulptone - I think you understand that it was a mistake without malice.

I'd also like to offer a bigger apology to Paul D who had to take much of the initial flak. He was simply our messenger and was doing us a favour.

Paul was one of the first people I bumped into in this virtual world of ours. I quickly realised that he was a great guide as he put in the legwork to save others unnecessary journeys. He signposted great stories, competitions, top blogs, interviews and anything else of note (and he still does). Because of the services he did for me (unawares) and for the encouragement he gave me early on by posting here and after my stories, I felt I could pay him a little back by getting him to announce the arrival of Dirty Old Town and then to announce Pulp Tones.

Not only is he a great help, he's a very talented writer. I'd like to offer him a public apology and a public thanks for all he's done and been through.

It all leaves us without a name and, if you go over to Death By Killing today, you'll be able to take the opportunity to make your own suggestion and win a prize if you're the chosen one.

The prize will be a copy of the Mammoth Book Of Best British Crime Stories. I picked up my contributors copy this morning.

Some of will know how getting your book feels.

I've held it and rubbed it against my face, smelled it, checked the contents page, put it in the fridge...I'm actually feeling very emotional and very proud to have been selected. I see my name on the back (just after Paul D's, incidentally) and I have to breath very deeply. The book will be available very soon, so get yourself in the queue or pre-order.

It looks and feels amazing.

So to the interview. Today, please welcome story-teller Dan Holloway:

DH: So, how does it feel to be described as the saviour of British crime fiction?

DH: I’m described as that? Wow.

DH: Wait, no, that was Billingham.

DH: Mmm, yes, I see you’re “a self-published writer who may say something inappropriate.”

DH: So, you set your thriller, The Company of Fellows, in Oxford. That scores high in the originality stakes then

DH: I was frustrated by some of the books set in Oxford. They felt very comfortable, and for me they focused too much on the etiquette of the academic gown and pre-dinner drinks, on murder as an intellectual puzzle. Put vicious, animalistic humans in a mortarboard and call them professor and they’re still vicious and animalistic. For me what’s interesting about a place like Oxford University is that the tradition and the buildings and the pursuit of knowledge are masks for the same baseness as you will find anywhere. It bothers me that people don’t see it – that they see only the mask. I wanted to strip that down and show the flawed individuals underneath. And the way they wear their masks, put on their show of respectability – like Mme de Merteuil at the end of Dangerous Liaisons, like Hannibal Lecter in his fine suits with his fine wine. I wanted way more Lecter and way less Morse.

DH: Yes, your characters are a pretty messed-up bunch, aren’t they? DH: More than normal people? Really? I think if you put them in hoodies people would shrug and ignore them. Put them in academic dress and people suddenly notice, ooh, he’s sick; she’s disconnected; he’s a pervert. It’s a fascinating hypocrisy. One that makes the reader uncomfortable. I hope.

DH: I have to ask the autobiographical question

DH: Well, the only real negative comments I got in the early stages of editing Company of Fellows were about the believability of a 35 year-old atheist bipolar former theology student turned interior designer. My next novel, The Songs From The Other Side Of The Wall was about a 17 year-old Hungarian lesbian and reviews go on at length about how convincing she is. Go figure.

DH: Are you going to regale us with a synopsis or anything?

DH: What with Oxford and all, do you think an author should stay in their ivory tower?

DH: I don’t like the word author. I’m a storyteller. As such the only place I really belong is in front of readers. I write my stories down in books much of the time because that’s a convenient way to get lots of people. But it’s not my favourite. I like to look the reader in the eye, watch their faces turn from laughter to horror, watch them willing me to let them off the hook, watch their faces when I don’t. You just can’t beat that directness. I do a lot of readings, everywhere from Rough Trade to Literary Death Match (http://vimeo.com/16145245) . But most of all in Oxford, especially at the Albion Beatnik Bookstore, which is the dark beating heart of a massively vibrant underground and punk-ish literary scene in Oxford.

DH: Oxford’s punk underground – now THAT would have been original. Just saying.

DH: OK, next book. Punk Oxford. See you there.

The interviewer, Dan Holloway , is the author of novels Songs from the Other Side of the Wall and The Man Who Painted Agnieszka’s Shoes. His short stories, poems, and reviews have appeared in various places on the web, and he can be found at least once a month performing his poetry and flash fiction at a more or less seedy venue in Oxford or London. The interviewee, Dan Holloway, is the author of The Company Of Fellows, founder member of Year Zero Writers and owner of the literary space Eight Cuts Gallery
Posted by Nigel Bird at 09:24