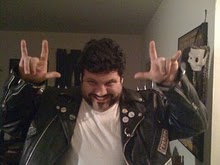 I put this post up a while ago and it all went wrong.

In it I rambled on about how great it has been to be doing the blog, how happy it's made me, how stimulating it's been and how grateful I am to everyone who's been part of it at any level.

I went on to say how much of a treat it is to mix the past, present and future together.

Here's someone who lives in the present and who, I'm sure, has a bright future.


A: My name's Thomas Pluck. I write crime fiction and humor tales. Links can be found on my website at http://www.pluckyoutoo.com


Q: Is that your real name?


Q: Because it rhymes with--


Q: Must be funny saying it on the phone.


A: It's plucking lovely.


Q: So, why would a fine writer like Nigel ask a rookie like you to talk to yourself?


A: He's a heck of a guy and quite the writer. And he likes to help his fellow man.


Q: So where might our readers have seen your work?


A: My story "The Last Sacrament" appeared in ShotgunHoney a few weeks back. And "Van Candy" appeared at The Flash FictionOffensive. Two great sites for new short crime fiction.


Q: Anything else on the way?


A: I have a story coming up in July at the excellent Beat to aPulp, called "A Glutton for Punishment," and another one called "Lefty" that will appear in a future volume of Crimefactory. Very proud to be in both of those. And not to count chickens before they're hatched, but I'm working on edits for a story that Crimespree has taken a liking to. Waiting to hear back. That's another great zine. Crime fiction has so many strong venues now.


A: Hey, you asked. I'm honored to be among the writers included in those sites and zines. The crime fiction community is very supportive to newcomers.


Q: So what do you write about?


A: Desperate and damaged people. Revenge, comeuppance and the scales of justice inside our heads. I like to see someone get what's coming to them. You don't always get what you deserve, but sometimes you get what you need. If you need killin'.


Q: Any recurring characters people can watch for?


A: I have a big fellow named Denny that a few of my fellow writers really admire. He's a walking nightmare. Six five, three fifty, all muscle. Grew up with an abusive weightlifter stepdad, wound up in juvie, and now he's just trying to make ends meet. But he keeps running into people that need killing. If I'm lucky he'll make his debut in Crimespree. His other stories are awaiting review at other magazines. I have a novel planned for him, so there will be plenty more of Denny.


A: Yeah, well I'm working on another Denny tale for a guest spot at Flash Fiction Offensive. That would be a fine home for him.


Q: So wait, there's a Denny novel in the works? Why aren't you writing it?


A: Denny's story is called Legacy of Brutality. I'm eager to write it, but I'm revising my first novel at the moment.


Q: So you got a lot of irons in the fire, you're saying. What's this first novel called? 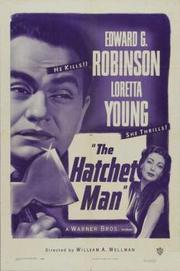 A: It's called Bury the Hatchet.


Q: Well? Gimme a blurb or something, Plucko.


A: Jay Corso hits the streets twenty-five years after he's imprisoned for killing the school bully. He claims he was innocent, set up, blackmailed into taking the fall by two powerful local men. A small New Jersey town is forced to face its ugliest scandal, when Jay, a Louisiana boy who's been behind bars most of his life, takes on a corrupt police captain and a Wall Street power broker. With the help of two childhood chums and two pals from prison, Jay's got a twenty five year grudge to settle, and it's time to bury the hatchet.


Q: I knew you'd get that idiom in there somewhere.


A: I like it. Because no one says where the hatchet gets buried. Is it in a hole? Or in somebody's skull?


Q: I can't wait to find out. You said you write funny stuff too?


A: Well, Denny's tales are very dark. But I usually put in a laugh or two. Can't help myself. My pure humor pieces have been in The Morning News, and I've got one coming up in McSweeney's.


Q: Did you get a free bowl of soup with that haircut?