I'm about half way through Speedloader now and it's a real pleasure.  I'd have finished it if the stories weren't as good as they are.

There's a richness to them that means they need to be savoured rather than gobbled and a variety that does credit to the editors for their selections.  My review to date would allocate 5 stars out of 5 and there's every reason to think I'm going to have to push that up to 6 (if athletes can have 110%, why not 6 stars.

Other news is that the amazing Alec Cizak has decided to step down as editor of All Due Respect.  He's passed on the mantle to the equally amazing Chris Rhatigan over at Death By Killing.

I've been working closely with Chris on our anthology project Pulp Ink and can tell you he's a superb editor with an eye for what works and doesn't as well as being a top writing talent and really lovely guy.  Perfect for the job.

Alec is moving on to set up a new print publication called Pulp Modern and I can't wait to see what comes out from there.  Whatever form it is, it's bound to be good.

Good luck to both as they set out on their new ventures. 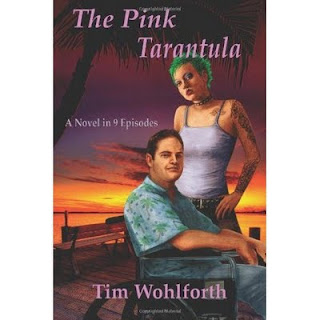 And to the business of the day, here's  Tim Wohlforth


Q: Perfect Crime Books has just published your book, The Pink Tarantula. It is subtitled ”a novel in nine episodes.” Is it a novel or a short story collection?


TW: It is actually a loosely linked series of short stories with an overall narrative arc.


Q: What in the world does that mean?


TW: The stories feature the same two characters: Crip and Henrietta, some of the same bad guys, good guys and, as in a novel, the characters develop over time. Neil Smith of Plots With Guns says the pair “are a hoot – a pierced-punk babe with an attitude and a paraplegic private eye make a winning team.”


Q: So what’s Henrietta? A rip off of Steig Larsson’s Lizbeth?


TW: No way. I started writing about her in 2000 and my last story was published in 2010. My stories are dark humor while Larsson’s are rather sobering noir. Henrietta thinks Crip needs her while in adventure after adventure Crip has to rescue her from the mob. He just can’t get rid of her. And when she isn’t around, for some perverse reason he misses her.


Q: Are there other continuing characters?


A: Alvin, Henrietta’s racist boyfriend who we first meet while he is doing time at Pelican Bay; Ralph and Patsy, two massive Presa Canario fighting dogs that eat nothing but raw steak and an occasional human ear; Allison, a vet who extracts a bullet from Patsy and becomes Crip’s lover; Mr. Smith and Mr. Jones of the Mafia.


Q: I understand Otto Penzler listed one of your Crip and Henrietta stories as a “Distinguished Mystery Story.”


Henrietta walks into the room.


H: What are you doing sitting here talking to yourself? You a nut case or sumphin?


Q: I direct my question to Wohlforth. What’s the name of the story?


H: Now that’s stupid. You wrote it but you don’t even know the name of the story.


H: Gonna have to read the book to find out.


She tries to wink but has too many rings in her eyebrow to pull it off.


H: You stupid or sumphin? You wrote the damn book and you haven’t got a copy.


H: Who the hell is Ingram?


H: Gotcha. Mafia. Forget about Ingram. Just come on down to Telegraph Avenue and cut out the middleman. Look for my spiked green hair. I’m giving it away when you buy an ounce of Berkeley Blasts.


H: There’s not one word of truth in that book.


Henrietta doesn’t hear me. She’s already out the door. 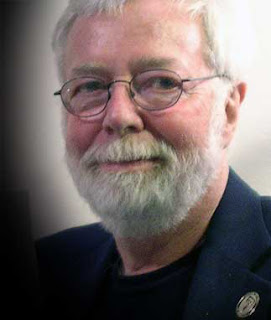