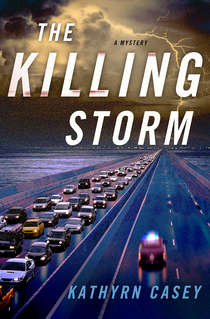 
Kathryn: Well, hello to you. It’s a pleasure to meet you.


KC: Likewise, I’m sure. Will you tell us a little bit about yourself? Start with why you became a writer.


Kathryn: The truth is that it’s all I’m suited for. I’ve wanted to write since I was a kid. I worked as an editor about six years out of college, a Texas Town & Country-like magazine. That was fun. Lots of ritzy parties and the like. But in truth, I’m rather a solitary creature, and it didn’t suit me. By then, I’d already started writing freelance magazine articles, so I kept that up for the next dozen or more years, traveling and writing for national magazines. I loved it.


KC: So, how did you go from socialites to crime?


Kathryn: I’d like to say it was part of some grand plan, but it truly just kind of happened. Early on I started covering sensational crime cases, and it appears I have some kind of strange knack for it. I don’t know how else to explain it. I also have never had a problem knocking on doors, probably dating back to my college years when I sold swimming pool vacuums door to door. We true crime writers do that a lot; salesmen call it cold calling. At least those of us who go out and do our own work investigating the cases.


Anyway, I found a magazine case I decided would make a great book, and before long I was writing true crime books. I did that for a long time. I still do, in fact. I’ve just finished my seventh true crime book, this one on the Matt Baker case in Waco, Texas, a Baptist minister convicted of murdering his wife, staging it to look like a suicide. Matt was having an affair at the time with the music minister’s daughter.


KC: You’ve been very successful at true crime. Ann Rule has even called you “one of the best in the genre.” So, why did you start writing fiction?


Kathryn: That just kind of happened, too. First off, I write crime fiction, adhering to that write-what-you-know edict. I’ve spent a couple of decades or more in courtrooms, talking to victims, their families, lawyers, forensic types, going into prisons and interviewing murderers. The true crime writing has been akin to a grad school course in the criminal/law enforcement/judicial world. So I had the background for crime fiction.


But the real reason I branched out into fiction is that being a journalist can be frustrating. I go to the trials, interview dozens and dozens of sources, talk to everyone willing to talk to me, but I’m never in a position where I know everything. One of the beauties of fiction is that I know it all, because it unravels in my own imagination.


KC: So, you write fiction so you can be a know it all?


Kathryn: You could say that. And to occasionally be in control. I can’t, of course, change anything with true crime. The characters are the people involved and the plot is comprised of real life events. If I don’t like a main player, I can’t write him or her out. If a character’s actions don’t make sense, I can’t change them. Let’s face it; in real life people often do things that make absolutely no sense.


Kathryn: With fiction, for the first time after twenty-five years as a journalist, I’m in charge. I can alter a character’s description, actions, even sex. If I don’t like where a plot is leading, I back up and rewrite. It’s actually rather exhilarating.


KC: And who did you invent to populate your novels?


Kathryn: My first three books are mysteries, a series, and the protagonist is a Texas Ranger named Sarah Armstrong. I made her a ranger so she’d be able to travel Texas solving crimes without worrying about crossing jurisdictions. In the first three books – Singularity, Blood Lines, and The Killing Storm – Sarah does just that, traveling the Lone Star State tracking down bizarre criminals. I really love writing about Sarah. She’s gutsy and dedicated and doesn’t mind breaking the rules.


KC: The novels, I hear, have been well received?


Kathryn: Very much so. Singularity and The Killing Storm were both included on best-books-of-the-year lists, by Booklist and Library Journal respectively, great honors.

Kathryn: Publishing is changing, and I'm excited about the new opportunities for authors. Currently, I’m putting up pieces I've written about sensational murder cases as ebooks. I'm calling them "true crime shorts," and they're available on Nook and Kindle. The first two are already available: THE DRAG QUEEN MURDER and BLUES & BAD BLOOD. The ebook I'm just finishing up is called THE TEXAS LOVE TRIANGLE MURDER, and it explores the first murder case I ever covered. All the pieces have been fleshed out and updated, including what happened after the trials. I have one more ebook short to complete after this one, and then I’ll start a new novel, a stand-alone.


Kathryn: I’m not ready to talk about that yet. I’ve enjoyed talking with you, though. You seem to have a remarkably intuitive understanding of my work. Have you read any of my books?


KC: Actually, no. Perhaps in the future. At the moment, I’m just rather busy. 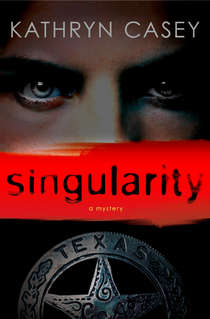 KC: I hope I haven’t hurt your feelings. To be entirely truthful, I’m not into mysteries and crime books. I’m really more of a psychological thriller reader. As a matter of fact, I’m considering writing my first book in that genre.


Kathryn: And what will that be about?


KC: A crime author with a split personality; one who interviews herself and is afterward unable to reunite the two personas. She spends years in therapy, attempting to recover from the experience but instead turns to a life of crime. When I sell it to Hollywood, I’ll package it as Sybil meets Dexter.


KC: Undoubtedly. And how can people learn more about you and find your books?


Kathryn: My Web site’s a good place to start: www.kathryncasey.com. If a particular book isn’t on the shelf in your local store, it can be ordered. Or check out my books on the Net on Amazon, BN.com, all the outlets. 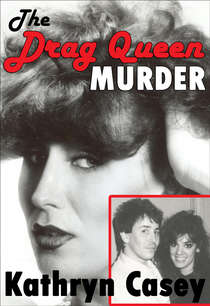