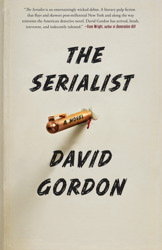 Before today's interview begins, may I thank Kate Horsley for hosting and interview I did with Dave White.  It gave me the opportunity to get to know Dave a little better and her site is the business, so it's great to be there.
Also just put up at Kate's site is the third extract from Charles Rzepka's interview with Elmore Leonard.
Kate, these are for you: 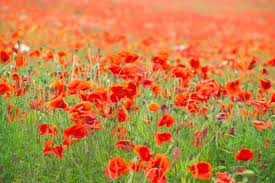 Great to be there.
And now, it's my pleasure to be able to introduce David Gordon.  He's been a bridesmaid recently at the Edgars, here's hoping he can get to carry the bouquet with his next nomination.
DG VS DG

A) Good morning to you.

Q) You’ve been asked to interview yourself. Do you find that odd?

A) To have it written down and read by others is a bit awkward. But I’ve been told many times that I talk to myself, even waving my arms or enumerating points on my fingers, like I’m arguing and explaining myself to myself. It’s a writerly problem, I guess. I’ve even been spotted by acquaintances walking down the street alone and laughing.

Q) What are you working on now?

A) Well, right at this moment I was trying to decide if a minor character I always thought of as British might actually be German. It’s seems like a small point but he has a big monologue coming up and it would also mean altering various bits throughout the book. This is the kind of thing that can paralyze me indefinitely. British? German? British? German? I will probably end up mumbling that unconsciously to myself on the subway.

Q) OK fine, but aside from that, what is the book about?

A) It’s about an unemployed used-bookstore clerk and unpublished experimental novelist whose wife leaves him and insists in counseling that, among her various demands, he get a “real” job. Out of desperation, he takes the only offer than comes in, to assist an obese agoraphobe who lives with his mother and who is supposedly a brilliant detective, although our protagonist quickly begins to suspect that the case he’s working on exists only in the “detective’s” deranged mind and that following this mysterious lady around  is really stalking by proxy. But he needs the job. It takes place in Los Angeles and it’s called Mystery Date.

Q) What was the first mystery you wrote?

A) Back in grade school, inspired by books like Encyclopedia Brown, The Great Brain and One Minute Mysteries, I used to write little mystery stories and read them to the class at the end of the day. They would end with the detective naming the culprit, and then say “Why?” You had to name the clue. It would be something like a criminal claiming to be out of the country till February 31. No wonder I got chased around by bullies so much.

Q) Who are you reading now?

A) As far as mysteries go, I just read another Simenon book, Maigret and theKiller. I am a big fan and read these whenever I find them, but I have a lot, maybe forty or fifty in different editions with different names so it gets hard to be sure it’s really new to me. I also just read Kate Atkinson’s Case Histories, which I enjoyed a lot. And as research for my book, I am systematically going through all of Ross MacDonald’s Lew Archer books again. They are incredible.

Q) What about non-mystery?

A) I just read Francoise Gilot’s book about Matisse and Picasso. She was Picasso’s lover and a painter herself and she spent a lot of time just listening to them talk. It’s terrific. My favorite scene is Picasso and Matisse each talking jealously about how lucky the other one is and then lapsing into silence. Or Picasso telling her that once Matisse dies, there are things he will never be able to say to anyone.  I came across it when I was feeding my friend’s cat. She’s an art critic and she was out of town. I also just this week read Edward Said’s book on Late Style, which I found in a pile of books that another friend was re-shelving. So you see my ideas about research are pretty eccentric.

Q) How was it being nominated for an Edgar?

A)Amazing and totally unexpected. Among my mother’s artifacts somewhere is a crayon drawing entitled: “The Masque of the Red Death, A novel by David Gordon.” Right from the start I was plagiarizing Poe, so it really was astonishing to be there, with my agent and editor and the people from Simon & Schuster. I borrowed a tux and my girlfriend looked stunning. It was like the prom I never had. Now I am ready for the Oscars or a job valet parking. However my career goes.

Q) And how was losing?

A) Not so bad actually. I wish I’d known earlier, I would have relaxed and had more fun, but the thought of maybe having to get up and talk kept me squirming the whole night. Bruce DeSilva, who won, was so nice and warm-hearted, and he’s an ex-newspaper reporter, which I will always have a soft spot for. And his daughter had my book on her kindle. So all in all, it was pretty hard to be sour when he won. Plus I got the coolest tote bag ever as a consolation prize.

Q) Do you now consider yourself a mystery novelist?

A) Actually the Serialist was my first attempt. I have always written all kinds of things, from poems to sitcom pilots, and have several books in mind that aren’t mysteries. I just write what I think I’d like to read. That’s why the Edgar nomination and the whole experience of being taken in and welcomed by that community was so wonderful: Whatever kind of writer I turn out to be, I am certainly a true book lover and it was great to be among my own kind.

Q) Any other big news?

A) Yes, actually. Funny that you should ask. I just learned that The Serialist is one of three finalists for Virginia Commonwealth University’s VCU Cabell First Novelist Award. The winner is announced in June and gets to fly down and participate in a literary festival in November.

Q) Now get back to work.