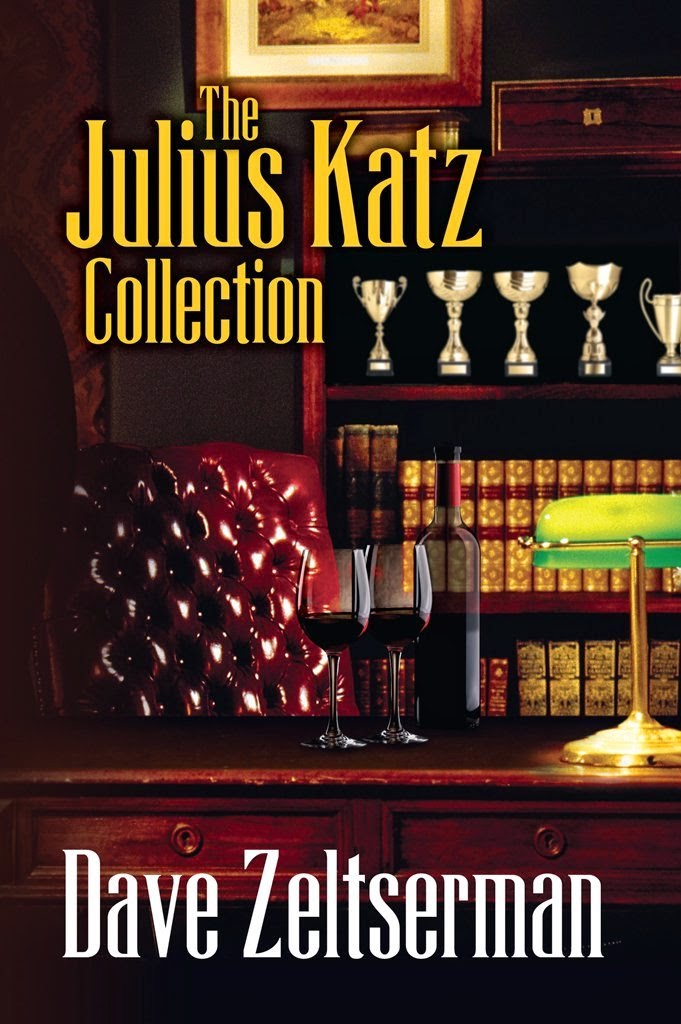 “A general rule to follow is the more clutter that can be eliminated, the clearer the picture will become.”

There are two really enjoyable stories here to be enjoyed, each of them substantial pieces and both narrated by a tie-pin.

The tie pin is Archie, a super-intelligent computer who talks to his boss Julius Katz through an earpiece. In this book, we first meet Archie down at the dog track. He’s worked out the most likely finishing positions of the dogs and is trying to persuade Katz to place a bet. Katz is having none of it. Instead, he takes a punt that is led by human intuition and wins.

This causes Archie a problem. You see, Archie is determined to solve a case before his sleuth owner and with the Trifecta safely pocketed he won’t need to take on any work for a good while. Archie’s solution is a simple one; to reveal to his owner the location of a hugely expensive case of wine. Katz is a lover of fine things and can’t resist this addition to his cellar.

He takes on the case for a couple of sisters who are worried that their brother is bleeding their dementia-suffering mother dry.

The case is investigated in a rather old-fashioned way, which is ironic given the hugely advanced technology that’s in use. There are amusing complications with the police to complicate matters and there’s the complication of a new romantic interest.

Katz studies the evidence and Archie competes with him until it all comes together in a familiar form, all the suspects in the room at once and the police being on hand to arrest the culprit at the big reveal.

It’s a similar structure in the second story, only this time Archie’s been internet dating and has landed himself in the seat of being the main suspect in a murder case. Of course, we know Archie can’t have done it as he’s only a tie-pin computer, but the situation does leave Katz in a rather difficult position. Archie even suggests he changes his voice into that of a Southern belle only Katz will have none of it.

In the end there’s the familiar gathering of suspects and police and, once again, Katz gets things solved.

I think that Zeltserman’s done something really clever here. He’s taken a well-trodden path and then gone on a major and rather original detour.

This pair of stories acts as an appetiser for some Julius Katz novels. I found them to be very entertaining and I’ll definitely get to meet them in longer form at some point. Well worth a read.

I bought this book as Julius Katz Mysteries must have moved on since that time, because I can’t find it any longer. In its place is a book called The Julius Katz Collection. It has both the stories I mention and another five besides (including the wonderfully titled Julius Katz and the Case Of A Sliced Ham). It was worth the entry money just for the pair I read, so I guess this is a real bargain.
Posted by Nigel Bird at 17:43