One Man's Opinion: WHAT IT WAS by GEORGE PELECANOS 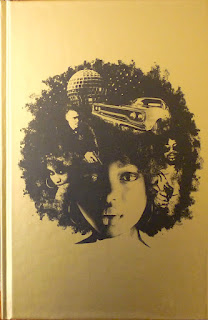 Given that George Pelecanos has been one of my long-time favourite authors, it came as quite a surprise to me to realise that I haven’t read anything by him for a couple of years.  I have no doubt that this has something to do with my patterns of reading since I bought my kindle.  I suspect I’ve become used to being attracted to cheaper options.  ‘What It Was’ (US) came as a great reminder that some things are just worth paying a little extra for.


Even the author’s note was interesting, a brief explanation of the way the book came about.  It reveals something of his researching and how the bigger stories aren’t always the ones to catch the attention.


Last time I did have a Pelecanos in my hand, I was with Nick Stefanos.  He’s in the opening here, too, so I was immediately on familiar territory, though Stefanos only makes a cameo appearance in this book – it’s his drinking partner, Strange, who is telling the story.


It’s set in 1972 and paints a picture of a familiar yet faraway place.


Red ‘Fury’ Jones is based loosely upon the criminal Raymond ‘Cadillac’ Smith.  Jones has had a hard life and, as a consequence, is a hard man, his philosophy: ‘Take what you want.  Take no man’s sh#t.  No police can intimidate you, no sentence will enslave you, no cell can contain your mind.’  He’s out to make a name for himself and to make sure that people remember him when he’s gone.  He’s already half-way there – ‘Legend was, an ambitious young dude had tried to shank him in jail and the blade had broken in Red’s chest. It wasn’t a legend.’


To nurture the legend he’s creating, Red knocks off a herion taster.  That’s when he gets the information he needs to move up the food-chain and also when homicide detective ‘Hangdog’ Vaughn (‘Dude got no quit’) gets involved.  It’s also when Strange is employed to trace a gold ring that went missing during the killing.


From there on the book follows the different players – hookers, police, mobsters and killers – as their lives converge.


There are the trademark references to music throughout the book and cares are described in ways that even got me interested (not an easy thing to achieve).    All the characters feel very real – they’re all flawed and capable of extreme acts.  I was struck by the way he shows the impact of war on three different generations of Americans – it’s subtle but raises powerful questions.


The multiple perspective is handled brilliantly as Pelacanos always does and the plot is fully satisfying in the way that the grip is held all the way through and that the climax plays out with an honest feel without offering any hard-and-fast solutions. The story has been ‘What It Was’, just the way life is.


It was great to be back and I shan’t be leaving it for so long before my return.
Posted by Nigel Bird at 10:21