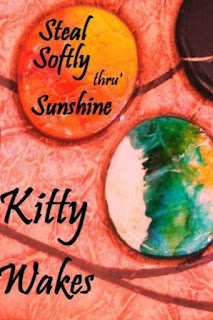 Kittiwake - a gull, living off the sea
Pony - a small horse
Hung Like A Horse - having a large penis (or claiming to have one) or having a penis in the shape of a horse

Hung Like A Pony - having a medium-sized penis (rarely boasted about)
LSD - drug that induces hallucinations and gives a lot of pleasure to a lot of people, as well as the occasional bad trip
Sunshine - the light from the sun
Commune - a community of people relying upon each other for survival, sharing values and existing outside of mainstream society
Ocean Hicks - one-legged drummer
Murder - the criminal act of taking another person's life
Adventure - living life by seeking opportunities for stimulation
Post Office - where lots of acid is consumed in the form of postage stamps (blotters) which have absorbed the stuff, often decorated by superheroes
Steal - to move stealthily or to take possessions from another (if possessions are accepted in your personal view)
Thru' - short for through
The Velvet Underground - cool band from the East Coast preferring opiates to LSD
Ewan Porteous - just another guy lost in a fog of an identity crisis, currently employed by the BBC
Exploding Plastic Inevitable - a blast from the past
Katya - Orinoco's muse
Golden Gate Bridge - a long bridge that's golden
Kindle - a reader allowing one to access books electronically
Sex - generally a pleasing experience shared between two or more people, enhanced by the taking of various stimulants
Panic Attack - ooooh, what the hell's going on here?  where are we?  why are they staring?
Engaged - being transfixed by a book and enjoying the way it's unfolding or waiting a long time to be married
Affair - love affairs occur when people in relationships stray outside that relationship to look for love or sex (see sex); often the cause of panic attacks (see panic attacks)
Mystery - who knows?
Amazon - a river and a place that sells shit-loads of books in the UK and the US
Pen Name - something unusual.  when a writer decides that a book doesn't fit in with their main thrust in fiction and creates a new identity so that they can duck away from it if it all goes pear-shaped.
Sea Minor - Beefheartian pun
Belsize Park - for those who've not made it up the hill to Hampstead yet or are on their way down again
Obscura - cafe named after the pinhole camera
Romance - a delicious, heady experience between two people (or one unusual mind)
Posted by Nigel Bird at 11:16