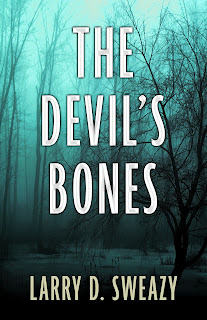 TheDevil’s Bones is your first thriller.  Why did you switch from writing westerns to thrillers?


Actually, it was the other way around.  I first created Jordan McManus, the main character in The Devil’s Bones, in 1993, in a short story.  I had written two novels then (that remain unpublished and will remain that way), but I started out by writing short stories, and this was my first foray into mysteries.  That short story turned into a novel, which garnered my first agent.  That  novel was a runner-up in St. Martin’s Best Traditional Mystery contest.  My then-agent wasn’t able to sell that novel, but he while was trying, I was writing the second Jordan McManus novel that eventually became the basis for The Devil’s Bones.  I had hoped to write a series, but the novel eventually morphed into a stand-alone.  As it was going through the channels of publication, bouncing around New York, I sold the first two books in the Josiah Wolfe series with my second agent.  The fifth Josiah Wolfe novel, The Coyote Tracker, comes out in August (2012), and now after almost twenty years, The Devil’s Bones gets its chance in the world, too.


How is The Devil’s Bones different from the novel you initially wrote?


Bones is entirely different.  The subplots are deeper, with multiple POVs (point-of-views), and I would hope my experience as a writer has grown since I wrote that first draft.  My first published novel, The Rattlesnake Season, was actually the seventh novel I wrote before I was published.  I think I focused more on the story in the latest version—that’s where I’ve learned the most.  A good chunk of this book reflects on the migrant society that has been part of our nation’s economy for a long, long time, and that just adds a more immediate aspect to the book that I think was missing beforehand.


Why stick with a story for twenty years?


Because I believed in it.  To me, The Devil’s Bones is just as much a family drama as a thriller, as much a police procedural as a whodunit.  It’s set in Indiana, where I live and was raised, so I think it has some authenticity to it that wouldn’t have been there if I would have set it somewhere else—like was suggested to me over and over again.  Indiana isn’t glamorous like Alaska or Montana.  The beauty is nuanced.  There are hills here, no mountains, no ocean, no cruise ships or touristy ideals.  So, the setting was off-putting, I think, to the New York Publishers.  Besides, I think being stubborn is one the better attributes a writer can have.  Persistence is everything.


How different is writing thrillers from writing westerns?


Not as difficult as you would think.  There’s a great deal of research in both genres.  It’s just different.  With westerns, I read a lot of journals and old newspapers, there are things that I can’t see and touch.  With thrillers, there’s research that I can physically come into contact with without trying.  The Devil’s Bones is set in a town with cannery as the major employer, so there are migrant worker issues, drug trafficking, and prejudice that’s in the news every day.  It’s all around me.  For the westerns, I have to dig a little deeper, but I try to introduce modern situations in my Josiah Wolfe novels, and solve them with 19th century solutions.


What would advice would you give to yourself as a young writer, just starting out? 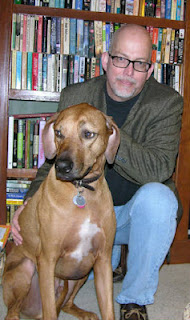 Don’t be in a hurry to publish.  The avenues were different when I was first starting out than they are today.  I focused on writing short stories before I started writing novels, and I always started at the top of the markets when I submitted them.  For me, the promised land was selling a story to Ellery Queen’s Mystery Magazine, or Boys’ Life.   I did, eventually, sell to those magazines, but I went through a lot of rejection slips before it happened—which meant I kept writing and submitting.  I served an apprenticeship of sorts.  Today, I think that effort can be bypassed, but I’m not sure that’s a good thing.  There was a reason I was getting rejection slips, and not checks.  I needed to get better.  I needed to learn how to tell a story more effectively.  Self-publishing might be a viable option, but don’t jump in the pool before you learn how to swim.


Outliers by Malcolm Gladwell is one of my favorite books.  He makes the case that people who are overnight successes have usually been at it for a long time, 10,000 hours or more.  So, a beginning writer should know that they’ll need to put in the time.  Even if success comes early, there’s still a lot to learn.  I learn something new with every new short story or novel I write.


Most of all, though, I would tell myself, and any beginning writer, to have fun.  If it’s not fun for the writer, it’s sure isn’t going to be fun for the reader.  Simple as that.  Have fun.
Posted by Nigel Bird at 16:54