The Top Ten Ways To Start Off Your Kindle Collection 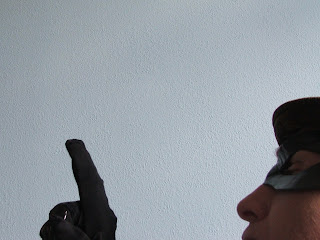 Some of you may have seen my posting of my top five novels of the year over at Guilty Conscience.  Just picking five did leave my conscience pricked, so I’m posting my top ten today to make amends.  I’ll still feel bad about the ones I leave out, but it’s the way the cookie crumbled.


The proportion of good reads in my life has gone up dramatically since I’ve been taking the advice of respected folk around the internet.  Though lists don’t always satisfy everyone, they do offer a good guide to what folk might want to be cramming on to their kindles after Christmas.


Katja From The Punk Band by Simon Logan.


A tremendous story of kiss chase as a couple attempt to leave for the mainland while the bad guys try to stop them.  This never skips a beat.  Every word takes the story forward and there’s no friction anywhere to slow it down.  It’s told from a number of perspectives and works like a dream.


The Devil All The Time by Donald Ray Pollock


This is a book that transcends most fiction.  It should be placed on a shelf (real or virtual) among the giants of American literature.  It’s about as good as it gets.


The Cold Kiss by John Rector


This was a debut novel, not that you’d know from the way the story is told.  A young couple bump into a hard-nosed guy in a diner and end up giving him a lift.  It snows, the man dies and he happens to have a shit-load of money in his bags.  What to do?


A book that’s full of the flavours of original hard-boiled fiction.  Set in the boxing world, a fighter dies in the ring and his brother goes out to find justice.  Problem is, justice isn’t so easy to find as it might be.  Loved it.


The Bastard Hand by Heath Lowrance.


Preaching and killing have rarely been fused in such a wonderful way.  Very classy work.


Out There Bad by Josh Stallings


From early on, this book explodes into action. Stallings moves on at a cracking pace and I'm pretty sure this one has got the lot: sex, sleaze, car-chases, hand-to-hand, drugs, an arsenal of weapons, gangsters, assassins and booze.


The Damage Done by Hilary Davidson

Hilary Davidson's debut novel is first rate.  The plot is as gently layered as a fine choux pastry.
The Long Midnight Of Barney Thomson by Douglas Lindsay


When I read this book, I laughed out loud so much that I could feel my spirit soaring and my levels of happiness increase. It's hilarious. The kind of humour I wish I could muster.   It would be a mistake, however, to underestimate the skill of the author simply because the book's funny. It's only by setting you up, by getting the timing exactly right and by creating a plot that is utterly engaging from beginning to end that one can fully appreciate the talent.


The Killing Of Emma Gross by Damien Seaman


This is cheating a bit as I’ve still got the final hurdle to cross.   It’s in the top 10, though, no doubt about it.  I’ll be posting a review over the next week or so.
Posted by Nigel Bird at 10:31