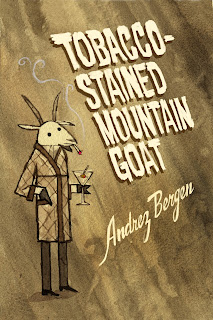 Thanks for all your Christmas wishes.

I'd like to wish you all happy times in whatever form works for you.

I'd like to thank the folk out there buying and reading my books, too.  I may not know who you are but, believe me, every time I clock up a sale you get a smile (like the bell and the angel getting its wings).

In case you still haven't seen, if you buy a copy of Smoke and send me the info, I'll give you (courtesy of Darren Santa) a copy of Flashes Of Revenge and you'll be able to have your pick from the Trestle catalogue, too.  Three for the price of one.

And here's a really great interview from a man who likes to title a book. 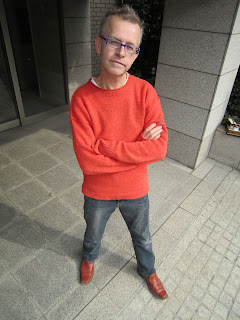 How do you feel about interviewing yourself?


Actually, I’m fine with it. I’ve worked as a hack journalist for 15-odd years and interviewed during that time around 500 people, include American actress Famke Janssen in a hotel room in Tokyo, and British DJs Coldcut – I was quite drunk and freezing my balls off at a payphone in the middle of winter in Melbourne, while they were sober and enjoying the warmth in a park in London.


So, yeah, I’ve had some practice in various states, and to be honest I know the questions I’d prefer to be asked, so it’s a tad easier and saves on heating bills.


What’s your focus in the journalism thing?


Mostly, I write about music – in particular electronic music, sometimes more commercial dance (that stuff pays the bills), but I prefer focusing on the experimental stuff that pushes the perimetres.


I also write about Japanese culture. It helps that I’ve lived in Tokyo for the past decade. I do articles on anime, Japanese cinema, manga, literature, whatever. I love directors like Akira Kurosawa, Mamoru Oshii and Seijun Suzuki.


Anyway, I think all this attention to music and cinema has done some permanent damage to my headspace.


How about your fictional writing?


I tend to write whatever pops into my head, with very little planning. Sometimes ideas wing out of the articles I’m writing – for example I did a feature about the annual Obon Festival here in Japan and I slipped that, albeit a little revised, into Tobacco-Stained Mountain Goat.


I’m currently tinkering with a similar story I did on the Japanese drink sake for my next book, One Hundred Years of Vicissitude – though that may be ditched if it doesn’t work out. Otherwise I’m heavily influenced by my love of cinema, as well as the old school, hardboiled noir and pulp fiction of writers like Dashiell Hammett, Seishi Yokomizo, Edgar Rice Burroughs and Raymond Chandler.


I could do with some attention to focus and clarity, and definitely keep a better eye on word repetition, but when you’re writing on the fly these things seem kind of like back-burner concerns.


Do you stick to one particular genre?


Nope, I think that’s beyond me. I’m always criss-crossing styles, often inadvertently – I think I’d get bored sticking to the one genre.


I guess Tobacco-Stained Mountain Goat is, for the most part, two genres: sci-fi and noir. But the sci-fi plays second fiddle to the noir. The next novel is a bag of fish unto itself – it hasn’t decided yet which genre it is exactly. At the moment, there are about four of ‘em whacked into the upholstery.


What’re you engaged in now?


I do music stuff as well – more electronic experimental stuff as Little Nobody and Funk Gadget – so I have a few projects I have to follow up there in the new year.


It started out as a stand-alone tome about identical twin geisha who live to be one hundred, and one of them nurturing an Iago-like complex about the other.


Somewhere along the line, however, elements of Tobacco-Stained Mountain Goat have filtered into the story, so it’s about five percent related to that as well. Long story. Literally. God knows how it’ll end.


I think I should ring in my parents, whose love for cinema started me on the slippery-slop of an obsession that continues to run my life. I grew up early on with Vincent Price in Edgar Allan Poe, Peter Cushing and Christopher Lee in Hammer horror, The Monty Python crew, The Goodies, the Carry On movies, old musicals, John Wayne – and noir.


Plus classic ‘60s TV like The Avengers and The Man from U.N.C.L.E. That stuff is filtered through my fiction, at least, and I’m constantly citing lines that nobody else gets.

So you mentioned being smashed when you interviewed Coldcut. Are you sober now?


Absolutely. I have a six-year-old daughter so these days I tend not to drink at home, which is where I am now. The wheels do still fall off occasionally, but I try to be a little more professional. Mostly.
You make much mention of cinema. Which writers areinfluences?


Oh god, well I’m constantly going back to Hammett and Chandler – The Big Sleep and The Maltese Falcon are two of my all-time favourite novels. Then there are old faves like Joseph Heller, Philip K. Dick and Haruki Murakami for their surrealist humour and ideas – and I’ll always have a soft spot for Dr. Seuss, the master of both. I’m a big fan of Umberto Eco, James Ellroy, Edith Wharton, Ryu Murakami and Graham Greene.


Is there a healthy crime/noir writing community in Japan?

To tell the truth I haven’t the faintest idea. I’ve been here a decade, but I’m still a gaijin. Don’t get me wrong – I absolutely love Tokyo and Japan and the people here, but I didn’t come here to discover “scenes”. I did all that kind of stuff back in Melbourne, in Australia, and I was a bit over it when I moved over here. Being anonymous and outside scenes – with respect to music as much as writing – has its advantages. But I guess there must be decent crime/noir scene. Seishi Yokomizo did some pretty gothic horror detective fiction in the 1940s and ‘50s, and more recently Shuichi Yoshida has been on fire.

Also Ellery Queen seemed to think there was a healthy Japanese scene when he put together the Japanese Golden Dozen: The Detective Story World in Japan in the 1970s. (http://www.amazon.com/Ellery-Queens-Japanese-Golden-Dozen/dp/0804812543)


What’s the big deal about your publisher, Another Sky Press?


Easy – I love them to death. These people care about their writers and they work their arses off supporting them and helping them to get their work out in the big wide world – and to be honest they don’t get all that much back. They deserve their own bronze statues in local parks.


The decision to run with them on Tobacco-Stained Mountain Goat is one I will never, ever regret, particularly since my editor, Kristopher Young, had so much input into the final story.


What can I say? That it keeps me sane, that it’s escapism, that it’s a magical carpet-ride outside the casement of my own skull? Partially, I guess it’s all of these things, but most of all I write for the simple face that I love it. I’ve been writing stories since I first learned how to hold a pen at the beginning of primary school. I’m not saying I wrote decent yarns – ye gods, some of it was absolute nonsense – but I always loved the ability to create new places and new people.

Where can we find your work?


Tobacco-Stained Mountain Goat is up on Amazon, but the paperback is cheaper direct from my publishers at Another Sky Press:  http://anothersky.org/asp/in-print/tobacco-stained-mountain-goat-andrez-bergen/


Music-wise, if you’re at all keen, you can check out: http://littlenobody.weebly.com/


Anything stressing you out right now?


Well, the Holy Grail of sake is a brew called Myouka Rangyoku (‘Heavenly Flower’) that has been touted as the world’s best sake at urbansake.com and in the pages of The Japan Times newspaper – it was served up to dignitaries attending the G8 Summit in 2008 in Hokkaido.


Like all chart-topping, divinely-inspired beverages this one comes with a healthy price tag: A 720 ml bottle retails upwards from ¥12,600 (about £100).


Unfortunately I’ve never had the opportunity to try it, and it turns out the brewery is located in Fukushima – slap-bang in the middle of where the massive March 11 earthquake happened, and about 60 km from the ongoing nuclear reactor debacle at Fukushima Daiichi.


I know this is a minor quibble in the grand scheme of things, but… damn. 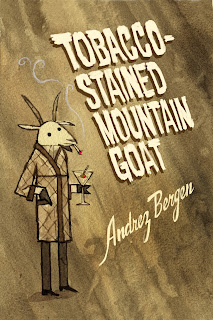