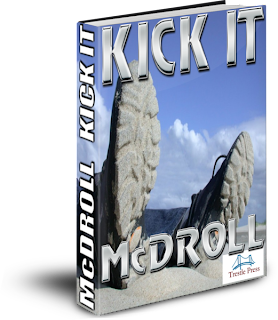 Things are happening around about that are hard and fast.

I'm not sure where to start.

First the bad news.  Get it out of the way.  Into Thin Air is now out of the Waterstones top 10 short stories list, slipping to 11 and looking like it's on its way.  You can help by buying a copy if you'd like, but it was nice to have that as a moment and for the CV, I guess (I'm actually gutted, but it was going to happen sooner or later).

There was controversy over at a story blog this week which led to editors and author removing a story from their pages.  Basically, a comment by someone who was offended by the material led to a small avalanche.  I'd like to ask the editors of all sites to draw upon the community of writers and its strength and to stick to their editorial guns in the face of adverse reaction.  It's impossible to please all the people all of the time; we shouldn't even be trying to.  Writers are out there playing with material which is difficult, which pushes boundaries and that's to be encouraged.  People have the right to comment, we have the right to react, ignore or reply, but let's keep the work out there for discussion, not least to protect the confidence of authors themselves.   And if you have a name that suggests difficult material and have a warning that says the material is challenging, you've done all you can to make sure frail minds don't enter.  Be bold.

Great news yesterday was that Blasted Heath was finally launched.

If you go there today you can blag a copy of Anthony Neil Smith's 'All The Young Warriors' (which has a great promo video and a wonderful theme).

Tomorrow it's  Gary Carson's Phase Four (techno thriller) and you can get something from Ray Banks, Brian Pendreich and Douglas Lindsay as the week goes on.

Not only that, you can get another freebie just by signing up for their newsletter.

How good is all that?

Other good stuff.  November Goes Noir At The Bijou.  What more do I need to say.

An not really finally, but enough for now, I was on the radio for the first time sober earlier this week to talk about SMOKE.  You can listen in at  Gelatis Scoop.

And so to the main event.  More great news this week from McDroll as her collection Kick It was released at the weekend.  I'll let her tell you about herself she does a little dance, her second on these pages.


To begin with, going back about three years, McDroll was the silly name I came up with when I started tweeting. I wanted a name that would combine the fact that I am proud to be Scottish and indicate that my tweets would contain a certain amount of ‘tongue in cheek’ humour. Like most nicknames it kind of stuck and now that’s how most people on-line know me.

I think it’s quite memorable and a bit different so perhaps it will help me to get noticed!

I have two children aged 11 and 16 so when I’m not working, I’m being a taxi driver usually taking them both to a variety of singing activities across the West of Scotland.

I live and teach in Argyll, which is easily one of the most beautiful places in the world, steeped in history from prehistoric standing stones to Celtic crosses and castles and countless lochs and glens.

I sit at night, laptop on knees and write about murders…well, what else would I do?

I’ve always read crime fiction, more specifically Scottish crime fiction. My early hero was William McIlvanney and his novel LAIDLAW was probably the first crime story that I ever read. These days I still love Scottish crime writing and particularly enjoy (other than the wonderful Nigel Bird himself), Allan Guthrie, Douglas Lindsay and Stuart MacBride.


I find writing crime stories gives me certain parameters to work within that helps me to structure a story; a twist in the plot, an unexpected ending, some thumping violence and colourful characters.


My own crime-fighting hero, Gemma Dixon, is making a stand for the girls, fighting for her right to get out on the streets and solve crimes. She’s nobody’s fool and her outrageous behaviour makes her a fun character to write about.


I’m hoping to have another collection of short stories KICK IT AGAIN out soon and then move onto a serialization of a novella that I’ve been working on for some time. More ‘Gemma’ stories are in the pipeline and you will be able to meet Gemma again in BRIT GRIT TOO, soon to be published by Trestle.
Posted by Nigel Bird at 10:28