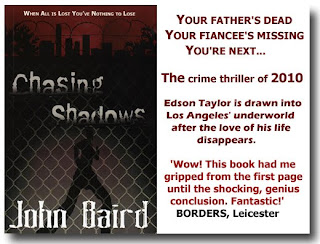 Dropping through the post this morning, a copy of 'Rut' by Scott Philips.

It's a book that was published by the CONCORD FREE PRESS. The title suggests there's something radical about these guys, something revolutionary, and indeed there is.

Turn any of their books over and you'll see the price - $0.00. Can't say fairer than that then, just like the bloke who went to the doctor's because he couldn't say his f's or his th's.

No such thing as a free lunch? Judging by the feast of reading they serve up, I can now disagree with the old adage.

The only thing they'd like you to do is to contribute to a charity of your choice. You can have a win/win by buying from a charity shop I reckon, or buy a gift for someone over at Oxfam Unwrapped. Whatever you fancy.

So does free mean that there's a lack of quality in the production?

Scott Phillips will be known to many already. There's not going to be any lack of quality where the content is concerned.

Are the production values low?

Not at all. Probably a cut above.

Does the art work suck?

The cover is a gem.

Can I wait to get my teeth into it?

Salt and sauce anyone?
http://www.concordfreepress.com/

And to today's interview, dancing with himself, round of applause for our guest John Baird.

You look familiar but who the hell are you?

I’m Nottingham’s best known crime writer, after John Harvey, Stephen Booth, oh and that other one. Still, I’m working my way up the list. My debut novel, Chasing Shadows, came out last year. My second, The Kill List, is a work in progress.

Love, death, fear, betrayal, vengeance, the pursuit and the pursued; I get to experience them all from the safety of my imagination, whilst exploring our most powerful instinct of all, survival.

I write both. Novels are driven by the reader’s need to discover what happens next? Every passage should be crafted with the purpose of keeping the pages turning, making the book harder to put down than a family pet.

Short stories are about the what happens now? They are concerned with an immediacy of emotion and can be less restrictive.

Why are your novels set in America and your short stories in England?

In my novels I need a big city for the plot to work. LA big. New York big. The kind of place where you don’t know your neighbours but you suspect they have a gun. My short stories are crime based but comical, most of the laughs come as I reflect the society in which I live.

Best advice for a would-be-author?

Write what you enjoy reading. And don’t attempt to publish until your manuscript is polished with a capital P.

And the worst advice?

Write what you know. OK maybe this isn’t the worst advice but it is the most over-rated. Crime novels often involve evil and violence. For most authors, this means leaving their specialist subjects for Mastermind.

Yes and no. Take the following synopsis:

An orphan living with his aunt and uncle is rescued by a wise, bearded man, who turns out to have magical powers. It is revealed to the boy that his father also possessed the gift. Later, in the finale, our hero is forced to see off a threat from a bad man who we are led to believe killed his parents.

Those under thirty might recognize this as Harry Potter’s first outing. For me, this is the tale of Luke Skywalker, the first Star Wars movie. My point being, there aren’t many new stories, only new ways to tell them, fresh angles to find.

Which comes first, character or plot?

I write plot driven novels. I need a tight structure in order to land the twists, deadlines and cliffhangers in quick succession. My books stick with a short time frame for the entire story as I try to elicit a feeling of real-time for the reader. Characters develop and change as a result of the conflict - or events and experiences - which they must overcome.

What’s the most annoying question you frequently get asked?

How long did it (your book) take to write? Unless I respond in actual writing time what’s the point? And who knows how many hours they have written for? Do you include research, re-writing, editing, the thousands of words that don’t make the cut? I find it best to answer in years not weeks. People want to hear the truth, that you’ve sweated over it.


Where do you get your ideas?
Another FAQ. Ideas come from everywhere and everything, the trick is in selecting the good ones. Think of any idea that involves conflict and turn this idea into a what if? Once you have this you can start the plotting or repeating the new question, what next?

on acid - kind of melty

Wouldn't you love to be going on those research trips?

John, thanks. Nice to have you.