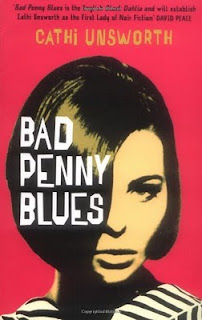 You worked for the music papers for a long time — who were the most interesting people you met doing that?

My favourite experience of all was from 1993, learning to dance the Texas Two-step with Mark Rubin of The Bad Livers in Austin, Texas, to the sound of Dan Wasler’s Real Band of Texas. Outside of the late Hank Williams himself, there is no more spooky, plaintive sound than that man yodelling ‘The Long Black Veil’. On the same trip, Mark also introduced me to a 93-year-old bluesman called The Grey Ghost, who had actually worked the medicine shows at the turn of the century and had a pearl-handled revolver down the back of his pants that he called ‘Old Snoopy’. It really did feel like I had stepped into another world, into a Flannery O’Connor or Harry Crews book.

Flannery, Harry, ‘The Long Black Veil’ — this trip worked its way deep into your psyche, didn’t it?

It did, because it wasn’t anything like your normal music business experience, this was a link to a past that I had only read about in books or seen on the big screen, and it was a visceral moment. Harry Crews is one of my favourite authors. I came to him through Lydia Lunch, who liked him so much she had a band named after him for a while. He is a genuine outsider and a genius writer – actually much easier to read than Flannery. The thing with Harry is that it seems he’s writing magic realism but then you realise he is describing something that actually has happened to him, it’s all based on the truth. And that was the world I briefly encountered in Texas that never left me. It has parallels to my own childhood, which was mostly spent in Norfolk, the Texas of England…

All tractors, incest and one-eyed farmers, was it?

We lived in the middle of a field; our nearest neighbours were quarter of a mile away. The closest village had been infiltrated by holy rollers, people like the Southern Baptists in Harry’s A Feast of Snakes who rolled around in the aisles speaking in tongues. One of them seriously told me that he had undergone a 12-hour exorcism to remove the spirit of his favourite band, KISS, from his body. KISS, he told me, stood for Knights in Satan’s Service. There were also plenty of kids who hung around the graveyard trying to summon up the Devil via Dennis Wheatley books. Plenty of local legends about the hellhound Old Shuck and the more corporeal, but no less evil Witchfinder General, Matthew Hopkins.
My brother and I used to entertain ourselves by trying to make up stories more terrifying than those, usually while we were walking around the countryside after dark. He was better at this than I was, convincing several of the kids from the village that there was a violent apparition that haunted the lane that led to our house — it was actually our elderly neighbour out walking his dog, but more than one person ran the whole way around a 20-acre field in the dark to escape his clutches.
It’s really no wonder I turned out to be such a goth.

And no wonder small children in the street still shout ‘Cruella!’ when you walk past.

Indeed. As well as instilling in me a lifelong addiction to black eyeliner and hair dye, the music of my teenage years is probably the biggest building block of my personality. Siouxsie & Banshees, The Sisters of Mercy and Theatre of Hate/Spear of Destiny provided me with a parallel universe of mystery and glamour to escape to during the hateful years of school. When I was old enough to go to gigs and then art college, the people that I went with became lifelong friends, some of whom also went on to work very successfully in the music business. So that little patch of Norfolk soil was a fertile one for us weirdos…

And music led you to crime, too?

Yes, when Gallon Drunk made a record with Derek Raymond of I Was Dora Suarez, and I met him in the French House to do an interview and didn’t get home for another 12 hours… I only knew him for a year, all told, but he had the most profound influence on me – I can honestly say that my life would have turned out completely differently if I hadn’t have met him. A lot of people say the same thing about him. He may have written the darkest books, but he was an angel, and everyone who knew him remembers him as the focus of light and laughter in every room he entered.

Working for Bizarre taught me two of the most important things. One was the way of combining the strands of all the things I love — hidden history, pop culture and the esoteric, which all meet in my books to varying degrees. Two, I ran the books pages there for three years and in that time, got to meet just about all my favourite living writers. It was one of them, Ken Bruen, who urged me to write my first book, and another one, Martyn Waites, who hooked me up with my agent. As the Deputy Editor, I was once able to commission the ex-bassist of Blondie, Gary Lachman Valentine, to write a feature on people who are born and able to fully function with no brains. No one ever believes any element of this last story, but it is all perfectly true.

And a Bizarre connection led to your own musical collaboration?

Yes, Pete Woodhead, who I met when we both worked at that place, became one of my best friends, built my website for me, and worked on a ‘soundtrack’ for parts of my novel Bad Penny Blues. Pete has his own home studio and we made all the special effects for the soundtracks ourselves. He recorded me reading what we both thought were the most potent parts of the novels — the last words of each of the women who are murdered. Then he built the music around it, and we put it out on my website for anyone who wants to download for free (www.cathiunsworth.co.uk).
It caught the ear of a Norwegian radio journalist, Leif Ekle, who was also a fan of Derek Raymond and the Gallon Drunk Dora Suarez album. Leif invited us over to Oslo to perform these pieces live, and kick off an initiative for writers there to create their own spoken word/soundtracks. One of my old Sounds buddies, Neil Perry, lives in Olso now, so I got to meet up with him in his new Viking home – the whole thing felt like an amazing mash-up of all the best elements of the past and the present…

And you have a cassette out too?

Yes, I was delighted to be asked by the mysterious Earworm collective to contribute a spoken word piece to their series of cassette-only releases – products without barcodes. Me and Pete both recorded another story that spun out of Bad Penny Blues, called Johnny Remember Me. It has no soundtrack, as the Worms didn’t want one, but again it is a story about a musician and urban myth that surrounds the Joe Meek song of the title. You can get it from the Earworm website, and me and Pete will also be performing the stuff we did in Oslo at the Earworm Christmas party on 9 December at Café Oto, in Stoke Newington, London. Details of all can be found at www.tapeworm.org.uk/

It never will be in my heart. The DIY ethic, the personal is the political, the offshoots made by fanzine writers into elements of noir such as Tom Vague’s psychogeographies and the myriad works of Stewart Home… and perhaps most personal to me, the way that women like Siouxise, Lydia and Joolz Denby came out of this time as beacons of inspiration. Feminism was turned into a dirty word in the Nineties, but I have met plenty of young women who are rebelling against that now in true punk spirit, with their own fanzines and web networks. Which is a relief, against the backdrop of footballers’ wives/plastic surgery disasters that we are supposed to aspire to now.

Did you really kick Paul Brazill out of Gerry’s Club?

Not that I remember. The only bunch of bastards I remember slinging out, and with relish, was a load of News of the World reporters, who took their Christmas piss-up down there, when I was working behind the bar. As usual, when things like this happened, I was on my own, with only one elderly Gerryatric to defend me, but those old boys are not to be underestimated when roused. The Screws Crew decided it would be a good idea to start dancing on the tables, and not being the most svelte of types, upended one, smashing just about every element of glass in the room, so that the floor was completely covered in broken shards of ashtrays, bottles and every Champagne flute the club possessed. As my former boss, Gerry’s landlord Michael Dillon would say: “Cleaning that up was very BORING.” And there was only one cardinal sin at Gerry’s — being a bore. By rights, Paul should have been welcomed in with open arms.
http://cathiunsworth.weebly.com/