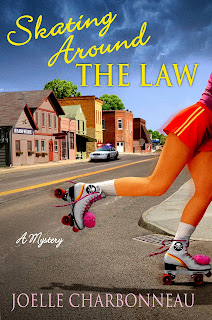 I'm starting this with a poem that I love and which seems very fitting. I don't have permission to use it, so if the blog never posts again, you'll know why. Here's the brilliance:

No top to any steeple--
No recognitions of familiar people--
No courtesies for showing 'em--
No knowing 'em!

No warmth, no cheerfulness, no healthful ease,
No comfortable feel in any member--
No shade, no shine, no butterflies, no bees,
No fruits, no flowers, no leaves, no birds,
November!

A busy month lies ahead. Halloween practically had me on my knees and tonight it's the fireworks night.

I'm on a really big push to finish my novel's first draft and think I can do it by the end of November. That will be much later than I'd hoped given that it will only weigh in at around the 60,000 word mark, but I'll be pleased to get over that particular hump.

I took a little advice on my opening chapters last week. I've spent so much time stripping things out that it was nice to hear that there was room to throw a few things back in. It's interesting that when work is sent, there's nowhere to hide. The things I hoped I'd be able to bluff, those parts where I fudged and threw smoke-screens are the parts that were picked out. Thanks to those readers for their friendship, honesty and fantastic remarks.

Just because I'm almost finished doesn't mean it's any good, of course. I hope I'll at least get to distribute the pudding one day so that I can find out what the proof is.

Later in the month, I'll be adding to Patti Abbot's series La Ronde. Writers are taking a character from the previous story and carrying the torch. Patti started it off wonderfully and the standard has been really great. I'm getting nervous as I wait in the blocks - who knows who or what I'll be required to write about:

I'm also going to be putting something up at Dark Valentine for Christmas - 11 Pipers Piping is my line. I'll be working on it.

I'm thrilled that I'll be up at Beat To A Pulp at the end of November. It's an achievement I've hope for and am made up.

And I've been totally absorbed in the last string of books I've read. Savages (Don Winslow), Deadfolk (Charlie Williams) and now Pike (Benjamin Whitmer) have all blown me away and kept the cold out.

With regard to DANCING WITH MYSELF, the series grows and manages to stay solid and strong at the same time. Dates for your calendar are:


I’ve taken a look at your résumé. You’ve been in some great productions: The King and I, Evita, The Desert Song, just to name a few. What musical or opera are you currently working on now?

Actually, I’m not currently performing in any shows. After my son was born, I decided to stop taking auditions for a while. Once he gets into school I might change my mind.
You’ve stopped singing?

Well, no. I still sing, but as of late funerals and weddings are my only public singing performances. The rest of my singing happens with my private voice students or my son. He loves to sing.

Well…okay. What modeling gigs have you been doing lately? Any new appearances on WWE Wrestling?

I’m not currently doing any modeling, either.

If you aren’t acting, singing or modeling, why are we doing this interview?

Because I wrote a book.

You mean you read a book?

What do you mean I don’t write? I’m not illiterate.

Well, I mean of course you can write words. You have a Masters Degree so you have to be able to write. But you don’t WRITE. You were terrible at spelling and you never even took an English class in college. What possessed you to write a book?

(Deep sigh) Remember back when I was in Evita? Well, during that show I got an idea for a book and I decided to try my hand at writing. I learned I liked to write. And yes, I never took a creative writing class which is probably why it took me a couple of practice manuscripts before I settled into writing mysteries.

Are you any good at it? No offense.

None taken. I hope I’m good at it and I know I’m getting better with each book I write. Here’s hoping my agent and publisher think so, too.

Don’t sound so surprised. Okay, maybe you can sound surprised. That fact still surprises me. Yes, SKATING AROUND THE LAW was officially published on September 28th, 2010. It is the first book of the Rebecca Robbins comedic mystery series.

And before you ask – yes I write comedy. I know I was the serious one in high school, but life keeps getting funnier the older I get. My writing is certainly proof of that.

Huh. Well, I guess I’m not sure what else to ask. All my questions were about music and theater. Keep me posted if you ever decide to go back to your real career. Okay?

Sure. You’ll be the first person I call.
http://www.joellecharbonneau.net/

That cover always reminds me of American Graffiti, by the way, a classic in my book with a big place in my heart.
Posted by Nigel Bird at 17:42