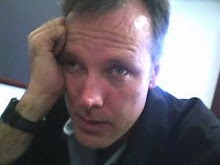 So who are you, exactly?

No, I have nothing to do with them.

But they are good.

Anyway, you were saying…

(sighs)…I’m Heath Lowrance, author of The Bastard Hand, which is a book coming out from New Pulp Press in March.

So it’s your first book, right? Congrats. But tell me, Mr. Heath-with-an-H Lowrance, why should we care?

Well, I’m not entirely certain you should, but there’s a good chance you’ll like it. Some people with pretty good taste have said nice things about it.

How nice for you. And what is this epic tome about?

It’s, uh, about this drifter named Charlie, see, and he’s escaped from a mental institution and winds up in Memphis, where he hooks up with this preacher-guy who’s bent on whiskey and women, right? So the two of them go to this small town in North Mississippi where the preacher has a hidden agenda, and our man Charlie gets caught up in all sorts of ugly stuff. Which isn’t good, since he’s got only the flimsiest grip on sanity as it is…

Wow. How does it end?

Badly, for everyone. Oh, and did I mention that Charlie has recently come to the conclusion that he’s immortal? He can’t seem to be killed. This weird golden light seeps out of his hands, see, and--

Wait a minute. What?

Golden light. And it, like, wraps itself around people and burns them up and stuff. Oh, and there’s a street gang too, in Memphis, and a sexy little B&E expert, and a mysterious young blues musician. And… and a politician with, what do you call it, alien hand syndrome. Also--

Hold on, man, you’re giving everything away. Cool down.

You sure? You look a little flushed. You need a minute?

I wish you’d stop calling me that.

Tell me, who are some of the writers who’ve influenced your work?

I love a lot of different writers, but the ones who’ve had the biggest impact on The Bastard Hand were probably Jim Thompson--

Yeah. I read the Old Testament, and it was the genesis--haha-- of The Bastard Hand.

But it’s my understanding that you’re a non-believer.

Okay, then. So what’s next for you, Heath-with-an--

Hey. What did I say about that?

Sorry. So what’s next for you, Heath?

I’ve just finished up my second novel, which couldn’t be much more different from The Bastard Hand. Kinda still making up my mind what to do with it. And starting on my third. Also, a few short stories and articles coming down the pike.

By most people’s standards, no. But I’m a deeply lazy man, so for me… yeah.

Thanks for talking to me, Heath.

That’s it? That’s the end of the interview?

Yeah. Unless you have something else to add?

Well, in that case--

That was one great interview. I love the idea of feeding a writer by buying a book - I don't think of that often enough. And support independent publishing, most def.

Tomorrow New Pulp Press are going to be here with their interview and it's well worth checking in for.

And to wrap up, Heath-with an-H has a really worthwhile series going on at the moment over at Psycho-Noir (http://psychonoir.blogspot.com/ ) where people like Keith Rawson, Dave Zeltserman, Patti Abott, Jonathan Woods and Heath himself have stretched the definitions of noir and of novels to give everyone's to be read something to add to (I guarantee nobody will have read them all). Why not go and see if you can prove me wrong?

Heath, thanks for being here.
Posted by Nigel Bird at 13:55