One Man's Opinion: THE OLIVE STAIN (and other stories) by KRISTIN FOUQUET 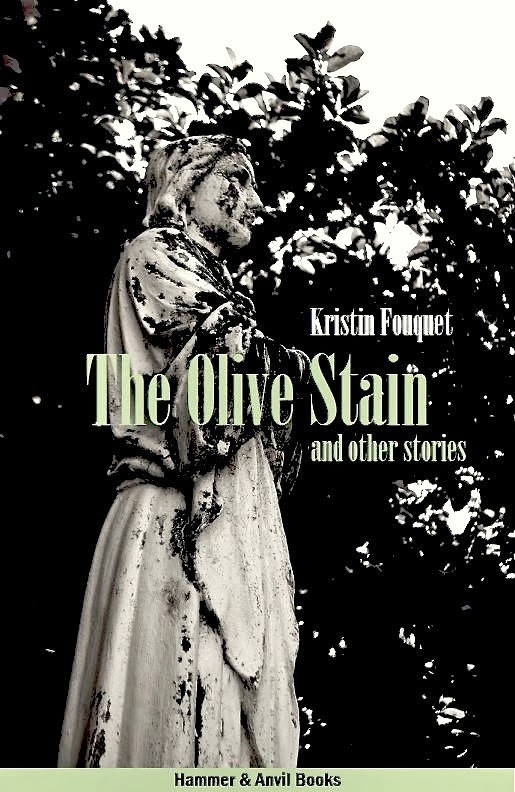 The Olive Stain (and other stories)


This is a lovely thing. It’s the kind of book that brings pleasure to the browsing of book stores, an unusual work that might easily go overlooked in a world where the senses are bombarded by the noises and images of the big hitters. It’s the type of thing I’d pick up and begin and then just want to carry on exploring, until eventually falling for it and buying so that I could take it home as my own.


What’s unusual about this thought is that I read it as an ebook, as I so often do these days, and it’s probably the first time I’ve had this thought.


It may be the way the book is constructed that added this new dimension to my kindle. Each of the stories here is accompanied by a stunning photograph. The prose and the pictures complement each other perfectly.


The first six pieces are short sketches. They dip into a moment or a life and are framed in a way that creates a little shudder. They touch darkness and suggest shadow, a little like the photos that go with them. Some of them are really super.


Though the openers earn their space in their own right, they also serve as hors d’oeuvres for the main event.


The Olive Stain is a much more substantial piece. It opens in a fairly contemporary setting and manner, but there are hints of the haunting that is to come. Soon after, it becomes a full-blown Gothic Horror. A young woman who hasn’t yet established her place in the world goes to visit her estranged brother and his partner, Byron. Their mansion is beautiful, but hides a tiny imperfection, and their own lives are crumbling in all respects. Byron (who is rather well-named) warns the woman to leave while she still can, but she’s been captivated by the magic and the stories of the place and decides that she’ll stay on. As you might imagine, it may not have been her best decision, if indeed there was a decision to be made.


This story has a lovely tone and I’d recommend it to fans of older horror fiction.


If there’s a negative about the collection, it’s the length. Having really enjoyed the starters and the main course, I really could have done with a pudding. It’s a little gripe, but I do have a big appetite and a rather sweet tooth. Maybe I’ll just have to find that satisfaction in future releases.


Go and take a look. I’m sure you’ll be captured by the opening and want to wander in more deeply. Browse away!
Posted by Nigel Bird at 12:03