So, The Vanity Game is your fantastic debut novel, out June 11th 2012, published by Blasted Heath. What’s it about?


Why, thank you very much. It’s a dark comedy about a Premiership footballer called Beaumont Alexander. Beaumont is living the A-list lifestyle with his glamorous girlfriend Krystal McQueen, but an incident at a celebrity party sets off a chain of events that sees his life spiral totally out of control.


It’s a satire on celebrity culture.


Interesting, and what made you choose to write about footballers?


I think footballers are the epitome of the darker side of celebrity. A lot of them, particularly English ones, are plucked from shitty council estates when they are young and then suddenly find themselves earning more money than they ever could have imagined. It’s fairy tale for the fucked up 21st century. And footballers, out of all famous people, are most prone to criminality it seems.  When I first started writing the book there seemed to be a lot of footballers getting accused of sexual assaults and stuff… but of course, all these cases always got dropped.  And footballer’s girlfriends (WAGs)… many of them aren’t exactly down with the sisterhood are they?


Aren’t they? The character of Krystal McQueen, Beaumont’s girlfriend, changes a lot, is this a comment on the tyranny of the WAGs? 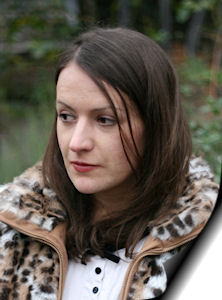 Not exactly… I’m not quite sure what the tyranny of the WAGs is, but it sounds good. Krystal is essentially a naïve girl, who gave in to the temptations offered to her by the celebrity wonderland she found herself in.  The way she changes though… yes, I did intend this to be a comment on the way that some footballers’ girlfriends present themselves.


You describe Beaumont as a ‘mega-brand’. Can we assume he’s based on David Beckham?


Absolutely not! Beaumont is much nastier than Becks. He certainly wouldn’t get an invite to a royal wedding. The ‘mega-brand’ is just one facet of Beaumont’s character, he has a little bit of John Terry in him, a bit of Christiano Ronaldo, a bit of Joey Barton, and lot of the dark voices that live in my head.


What I will say though is that one of the themes of the book is image versus reality, and David Beckham did inadvertently influence this. A few years ago I was on a coach in Thailand, heading to the Thai-Burma border, and stopped in this total backwater town for refreshments. I got out of the coach and was met by a huge billboard with David Beckham advertising Motorola phones. Beckham really is more famous than Jesus… but it is just an image isn’t it? No one really knows what is behind the image.  I think that is quite fascinating.


Most fascinating.  Did you just sit round reading celebrity magazines all day? Is that what influenced you?


Not really. My friend used to always buy OK! and the like when there was a big celebrity wedding, so I guess I absorbed some of that and they are satirized in the book. I was influenced by Andy Warhol and they way he made his own ‘superstars’, and generally made works about celebrity and death… I am a bit obsessed with Andy Warhol in fact. In terms of other writers, I’m a big fan of American writers like Brett Easton Ellis and Chuck Palahniuk, and, of course, Dostoevsky.


I say, is that cocaine on the cover?


It is, yes. Blasted Heath really are a rock’n’roll publisher, aren’t they?


There are a lot of drugs (plus sex and violence) in the book, so we thought spelling ‘The Vanity Game’ out in coke would give readers a good idea about what to expect from the novel.


I have just handed a second novel in to my agent. It’s not really like The Vanity Game though. But I am considering writing a sort-of sequel to The Vanity Game.


Well thank you, it’s been fabulous.

Available at Amazon UK and Amazon US NOW
Posted by Nigel Bird at 14:56