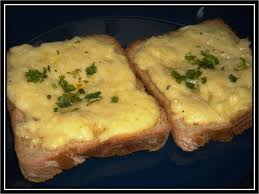 Why on earth become a writer?

Why on earth not? I sort of feel it was my destiny. I come from a background of repressed creatives. I hated seeing all the talent and creative energies of my parents and relatives go to waste so I thought “I HAVE to try and make my talents and strengths work for me” even if nothing ever happens, at least I know I haven’t sat back and let me energy go to waste.


How did you get started?


Really, it was in my college days. I’d gone there to study Literature and was doing Creative Writing as a sideline. In the end, the creative side of things took over my degree and instead of doing a dissertation on “Did the type of breakfast cereal Jane Austen ate affect her writing ability?” I wrote a screenplay. It sort of happened like that. I felt more relaxed and able to open up in a classroom full of writers than I did in a classroom full of 18th century novel studiers. By the way, the answer to the dissertation question is “No. She ate toast”. It’s a good job I didn’t have to spin that out for another sixty thousand words. Anyway, after college had ended I realised that although I’d loved writing the screenplay I’d really rather focus my attention onto story writing and novels – with the odd bit of article writing thrown in.


How did you find your niche? Your style?


I guess I’d like to call myself a humorist, so I fell into comedy writing pretty naturally. For a long time I harboured a desire to be a stand up comedian (Which gives me an excuse to use the old line: “When I told my Mother I wanted to be a stand up comic, she said “Don’t be silly dear, people will only laugh”) but quickly realised although I could do it, it was hard on the ol' ego. I began experimenting with blog writing - short, satirical pieces sending up news stories or lame women’s magazine articles on “The Thin Air Diet” and such. By doing this, it gave me a chance to hone my funny side in short bursts and also really be harsh with the edit button. Once I’d done this for a while, I decided to try moving onto longer pieces – short stories and creating ‘proper’ characters I could give back stories to, again by blogging them or getting them into local publications or entering competitions, even winning a few.


While you’re honing, you still have to earn money – how did you cope financially?


That’s a good joke, putting “coping” and “financially” into the same sentence. Unless you’re lucky enough to be JK Rowling or Dan Brown or whoever, you have to make money from other avenues while you louchely wait for some publishing house to recognise you weeping in the corner. I had to give up a lot of things, holidays, looking for the latest Caribbean cruise deal, running my car as frequently, breathing etc. I took on lots of jobs over the years in various fields. Since I was eighteen I’ve been a secretary, typist, worked in social care, worked in libraries. I even trained as a teacher too, as I thought if all else let me down I could teach others how to fail at writing too (that’s just another little joke). The best writers have had varied careers and seen what life has to offer. These jobs shaped the way I write today. However, I began freelance writing as a sideline some years ago, to earn extra income, writing articles, blogs and getting paid for it too – very often I was lucky enough to be able to write in the style that suited me best (comedy, in case you were wondering) and it helped because it gave me some extra money and got me to practice my skills.


How did it affect the people round you?


I have nobody around me anymore. I’ve alienated all my friends and family. I live in a world of strangers. Kidding. Not really. Luckily my family have been incredibly supportive of what I do. Though they were concerned at first how I’d make ends meet and so on, now they see me working hard, earning some money for freelancing and that I’m properly preparing a novel – they think it’s paying off. It’s tough sometimes when you have a bad day and you wonder to yourself “will this EVER work for me?” but as corny as it sounds you do have to believe in yourself and what you do – and I think (I hope) that my relatives and loved ones feel the same when they read my work.


Who or what are your cultural cornerstones?


Well, lots of things. I think that having lots of different interests, hobbies and cultural crutches is so important in terms of shaping your work and the things you write about. For instance, I am passionate about all things historic and vintage, so I like to write pieces that are influenced by the past times and centuries I love so much. If you can get under the skin of a period in history – even if it’s relatively recent, it can open up so many avenues to explore – how people thought, how they looked, the things they said and did and how they reacted to events that were happening around them at the time. In terms of the stuff I like to watch I am hugely influenced by vintage silent film and comedy, class acts from the past that still resonate so much today. Obviously because of wanting to be a stand up comedian originally I have a passion for watching good comedians at work. Listening to their patter and seeing how they observe life gives me angles on how to attack my own work.


I also read, I read a lot and I read as varied a mix as I can. Classics, history, biography (biographies are a brilliant way of getting skin deep into a character…anyone who writes should automatically add biographies of any kind to their reading list) and as many newspapers/magazines as I can, for up to date news and information – and the sort of real life stories that can truly only be made up…


Finally, what advice would you give to someone just starting out?


Don’t give up. Simple as. Take the knocks, take the bad stuff, pick yourself up and carry on. Believe in yourself and what you do – even if you’re convinced no-one else does. That self belief is probably the most important thing you can have to carry you through the writing experience. Lots of great authors had countless bad times before they hit lucky. You will too if you truly do have the talent and the nous. It’s taken me years of freelancing, dedicated short story writing and nearly to the completion of a first novel for me to believe any of what I just said, but it IS true.

Courtesy of interviewer (and interviewee!) Olivia Lennox, a professional writer who now lives in the UK.

Check out a few samples at the links below:

http://www.myinfosecjob.com/2012/01/how-to-sell-the-value-of-information-security/
Posted by Nigel Bird at 09:39