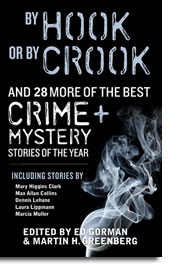 It's not often that I find time to watch a movie in a oner these days, so it's great when the film is a gem.

Last night I watched a wonderful story called 'Shifty'. It tells of the 24 hours in the life of an Islamic crack dealer when an old friend turns up on the scene, his brother discovers the drugs in his house, a user loses the plot, he's mistakenly chased by the police, his connection tries to stitch him up, his estranged parents are expecting him for dinner and he's supposed to be going to a party. Non-stop movement and tension, brimming with realism and beautifully acted. Recommended.

Around Christmas time, Paul D Brazill put up his top 5 short stories list for 2010 over at Death By Killing . Sandra Seamans was among them.

She's also part of the tremendous Discount Noir anthology that I've been pluggin here on Mondays for a little while.

Here she is to dance us a little solo over in the kitchen.

So what are you doing here? You know you can’t dance.

Hah! A lot you know. I learned how to “Shuffle off to Buffalo” when I was six.

And how did that work out for you?

Not so well now that I think about it. I tripped over my own feet and planted my face in the basement floor.

Yeah - So if you can’t dance what the hell can you do?

I can write a mean short story.

A short story? No one writes short stories and actually admits to it. Hell, if you believe all those people out there buying and selling books nobody even reads shorts. A real writer writes novels.

Now that’s a bald-faced lie. I read short stories. Heck, everyone I know reads them. Enjoys them even. And we aren’t afraid to admit that we write them either!

Must be a pretty small group of people that you know.

Are you kidding me? The whole Internet is alive with people reading and writing short stories.

The whole Internet? C’mon, aren’t you stretching it just a bit?

Well…maybe not the whole ‘net - but there are great communities of writers in every genre out there. There’s a massive amount of talent publishing short stories out there in the ether.

Okay, first off, you’ve got all kinds of zines out there, like Spinetingler, Beat to a Pulp, A Twist of Noir, and that’s just the tip of the iceberg. And some of the stories in those zines are getting picked up for “best of the year” anthologies and getting nominated for all kinds of cool awards. And the writers? Some of them are getting tapped by agents and even getting some really great book deals.

So, you’re right back to the novel thing again, aren’t you?

Yeah, well, that’s what a lot of writers dream about, what they’re working toward when they write short stories. You can’t fault a writer for dreaming big.

So getting your shorts published isn’t good enough?

It is for me - I dream about getting a collection of my short stories published someday. I’ve even got a title in mind, “Ladies Night”.

Are you holding your breath while you’re waiting for that to happen?

Nobody can hold their breath that long. Besides it gives me plenty of time to take a few dancing lessons. Maybe ballroom this time. Then again, maybe not. Heels and ball gowns, you know. I’d probably manage to plant my face in the floor again.