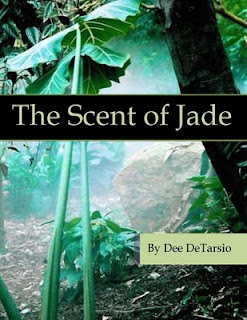 I don't know if you've ever followed the link from here to Terrible Minds. It's the place where Chuck Wendig throws out brilliant pieces of advice to writers and lets us have them for free. Amazing. Not only is it the kind of advice that's not always readily available, it's also put in terms that I can understand (take for instance a reference to an under-cooked brownie).

Just before Christmas I put the final full stop on a novel I'd been working on for almost a year. It should have been six months, but I wasn't as dedicated as I might have been. I also got totally wrapped up in this blog and in watching all the episodes of The Wire. It would be too generous to myself to call it research, but it's going to be my excuse.

Anyway, one of Chuck's most excellent tips is to put the novel away for as long as it takes to lose a sense of ownership of it. In that way, you can truly make the necessary changes without taking it personally.

I tried and tried, but couldn't help to go and take a nibble here and there. I was totally useless at it.

Last week I found a solution - start writing another novel.

7 days later and I have the beginning of a story, working title 'Echo, Narcissus and the Weather Girl. Teacher noir it it's genre if I get it right.

I put it up here yesterday in one of the pages. If you find you're at a loose end at any point and feel like you could help me out, it would be good if you'd take time to go and have a look. There's a lot of it, so I wouldn't expect anyone to plough through the 7000 words plus, but if you could read a little of it and drop a comment at the end I'd be grateful.

I'm not looking to hear about the detail as I'm writing without looking back, more a general impression; criticism with a broad brush, if you will.

To make it simple, you could just leave a colour.

Green: All systems go. Keep at it. Like it so far. You have something there.

Amber: Well, it's not baked, hasn't really got my interest, I can see what you're getting at. Maybe keep going and see where it takes you.

Red - No idea what's going on. Can't see it. Wouldn't read on. Go edit the other one.

I can take a good kick, so don't hold back.

Enough of my own shallow tales.

If you don't have time to look, no worries, but do yourself a favour and get along to Terrible Minds, OK.

Here's Dee De Tarsio's excellent take as she Dances With Herself.

Wait a minute. Why are you writing a letter to Stephen King?

Well, I like to think of it as a lifeline to his wife, Tabitha. Have you read his latest book, Full Dark, No Stars? (which I downloaded on my kindle for $14.99 making my novel, The Scent Of Jade, a steal at the introductory low, low price of .99 cents--come on Mr. King, throw a fan a bone here!)

But I digress. He dedicated this brilliant wife-killer of a book to his wife. He might have wanted to reconsider that and maybe paid tribute to Charlie Sheen or Dr. Phil. I’m just saying. I’m thinking Mrs. King might like to take a taste of a little lighter fare right about now, and the Mister could use a chaser, too.

So in essence, your book is a palate cleanser.

Oh, honey, it is the sweet sorbet of sauteed Snickers. I may be mixing metaphors here, because I do love the food channel--does anyone else think Alton Brown is kind of sexy? Holla! But, what most guys don’t know, is that women’s fiction has a lot to offer. I don’t think I’m being presumptuous about the reading habits of XYs. My husband wouldn’t be caught dead reading girl stuff, unless I convince him otherwise. Women, however, have a wider scope of authors that we enjoy, including guy books by guys.

My husband, who has earned his title of beditor, once complained that ‘women sure do think a lot.’ That’s right, we do. Live and learn, hombres.

Actually, The Scent of Jade grew out of his suggestion and into a women’s fiction action adventure novel. There are NO car chases, explosions or dead guys, however, stuff happens! My protagonist still has plenty of time to think, especially when she’s in the marijuana field with the monkey. She does get shot at, there are NO strappy sandals, and there is SEX.

What can guys learn from chick lit?

Lots of cool stuff. Like women think it’s sexier for guys to fill up our cars with gas, than to play bongos on our ass. (See what I did there, I made it sing-songy so it can be remembered easier.) Come over to the pink side--you don’t know what you’re missing.

You act like men are from Jupiter, that’s why they’re stupider.

If the planet fits... I kid! I am simply issuing an invitation to take a ride on the chick slide. OK that sounds dirty, but maybe I can capture someone’s attention here. There are so many smart women writers, all I’m asking is that guys take a spin, read it and weep, and for extra relationship bonus points, check out what your significant other is reading and share your feelings! It’s fun! Trust me.

You really think Stephen King is going to respond to you?

He’s going to have to sign that restraining order sooner or later.

What do you want from him--a blurb for your book?

That would be genius. I’ve even taken the liberty of writing it for him myself: Three little words that any author would love to hear, 10 little letters; he doesn’t even have to waste time on an exclamation point. Ready? Here goes:

From intergalactic bestselling Stephen King of the Universe, on The Scent of Jade:

You must really think you’re fly like a G6.

What are you working on now?

Ros. It’s a women’s fiction novel about a woman (ta da!), Micki Cramer, who rescues a pilot from a plane crash behind her house in San Diego, California. Ros, the pilot, was on a mission to find her missing brother who crash-landed at Roswell, New Mexico in 1947. Seems she was a bad driver, too, missing her target by nearly a thousand miles and more than half a century.

Isn’t there an alien in there?

Then how can you say it’s not science fiction?

You’ll just have to read it yourself.

The Scent Of Jade