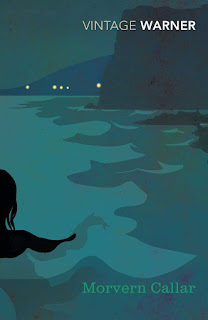 ‘He’d cut His throat with the knife. He’d nearly chopped off His hand with the meat cleaver. He couldn’t object, so I lit a Silk Cut.’

The opening to Morvern Callar (US) is very strong. Every action and thought is noted. Each character has a special name. The buzz and the vividness almost creates the illusion that she’s speaking in a different language, like she’s just read A Clockwork Orange and is taking bites from it. Her boyfriend, He/Him/His, has killed himself in their flat and Callar reacts by doing nothing about it. She opens her Christmas presents, smokes a lot of Silk Cut and goes off to work in her local supermarket. There’s a hint that what follows will be something profound. A tale of disconnection and alienation in the age of the rave. Given the powerful reviews, I suspect that the profundity is there, it’s just that I didn’t really grasp it. Perhaps it was a little too cold and raw in places for my taste.

There are wild encounters and travels as Callar takes a journey that seems to be part nihilism and part self-destruct. She’s on the road. She lives a life-and-a-half. Her interactions with the people she meets and her surroundings are interesting and her life is packed full of experiences. What a cracking woman she is.

I found sections really engrossing and beautifully written and I think that the book has many parts that make the book worthwhile taking on. For me, however, I felt that the whole was less than those parts. Then again, I might just be an old man who’s  arrived to the part about twenty years too late.
Posted by Nigel Bird at 16:42