One Man's Opinion: THE SERPENT POOL by MARTIN EDWARDS 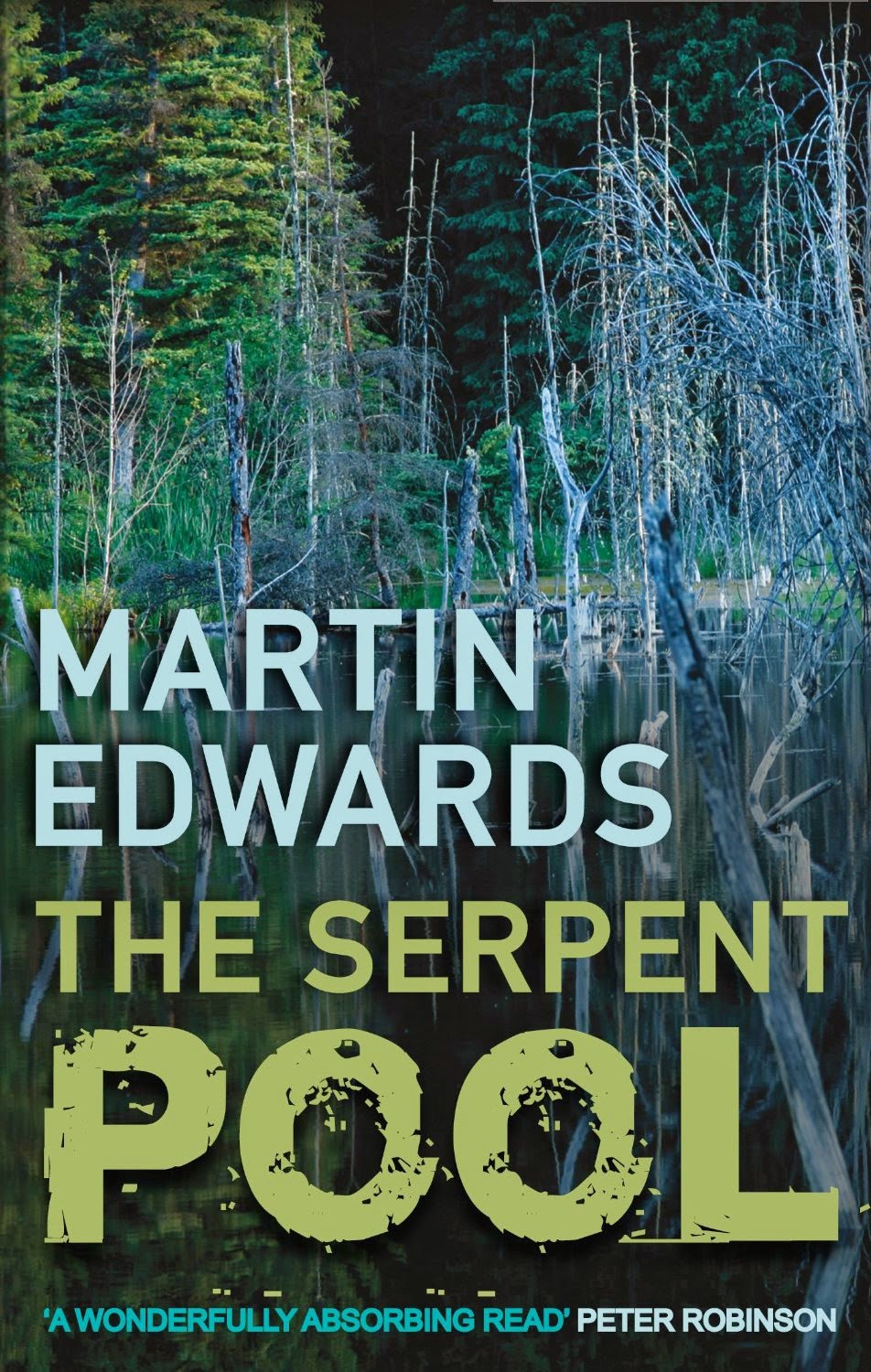 Over the Easter holidays I spent some time in the Lake District, always a restful place to be and a hugely stimulating one. The obvious read was something by Martin Edwards who has forged a great reputation with his Lake District mysteries. I plumped for The Serpent Pool (US) in the Hannah Scarlett series and it was a real winner.

For starters, I got exactly the sense of place that I wanted and felt soaked through with atmosphere (and, thankfully, not the usual rain as the weather was kind to us). There’s a real feel for a countryside carved by ancient ice and for the way humans have dispersed there in small settlements to adapt to the climate and the power and beauty of the area.

The story is told mainly through events in the personal lives of DCI Scarlett and her boyfriend, Marc. They’ve reached a point in their relationship when they’re both questioning their togetherness and are feeling the need to reach out and find comfort elsewhere.

For Marc, his distraction is the assistant who works in his specialist bookstore, Cassie. For Hannah, it’s the recently turn of Daniel Kind, the subject of a long-standing crush. All four of them are to be drawn into the investigation into the murder of a book-collector in his library and the cold case of a girl found drowned in the Serpent Pool of the title, which seem increasingly linked even though they happened six years apart.

Martin Edwards does a fantastic job of exploring the motivations of the characters and of making sure that the pace gently increases until it finally explodes into a frenzy of action. The whodunit aspect always feels close, yet can only be seen through a translucent curtain until the eventual reveal. There’s an engaging thread relating to Thomas De Quincy and the idea of murder as an art form that points towards the madness behind the killings being investigated and there’s also the police angle where there are plenty of contradicting styles working together.

It’s a fine murder mystery this and, if you’re looking for a series to get your teeth into, this is likely to provide you with the fertile material you’re seeking.
Posted by Nigel Bird at 14:10