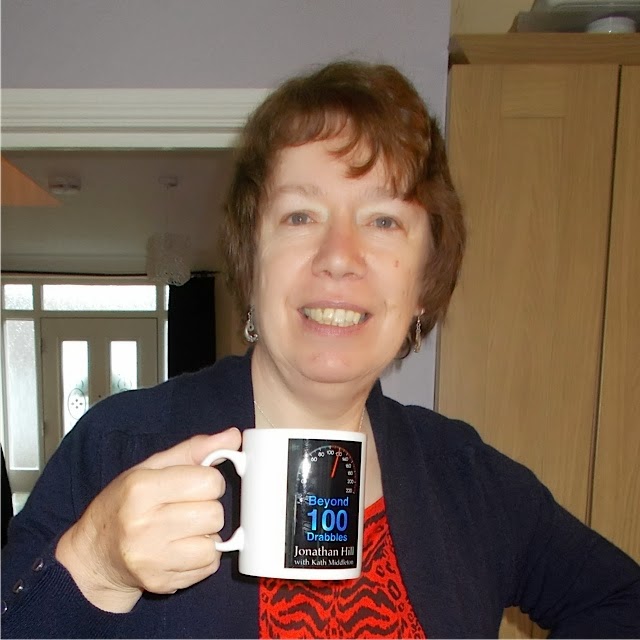 That’s a laugh for a start! I was educated in an all-girls’ school and as I’m tall, I had to ‘be the man’ so I can only lead – I can’t follow.  It never goes down well when you shove a bloke around the dance floor!

Who are you and what are you doing on the Sea Minor blog?

I’m Kath Middleton, new to published writing but I’ve been a reader since I was three. As to Sea Minor, I’ve always been a D Major girl, really.

What have you had published?

To date I have my first novella out on kindle.  It’s a 40k word story called Ravenfold,
which is set in mediaeval times and filled with unpleasant things but laced with hope. I am continually amazed and astonished at how humanity can rise above adversity.  We are amazing people! 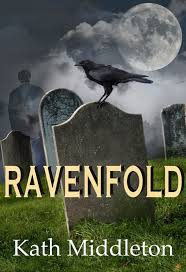 How did you come to write Ravenfold?

I wrote a 500 word story for a competition run by Michael Brookes.  His prompt for the story was a box-tomb and a rave. A friend who looked at my story said I had more to say about it. The word limit was inhibiting me.  Usually I work hard to get up to 500 words!  I thought about it for a minute or two.  I have a very short attention...  Oh look!  A starling!
So I filled in the story and there you have it!

Any thoughts on writing a full length novel?

My other published work is a few short stories in anthologies and a slack handful of drabbles (100-word stories) contributed to Jonathan Hill’s second drabble book, ‘Beyond 100 Drabbles’.  I didn’t think I could write a novella a few months ago.  At the moment I don’t think I can write a novel but I’ve surprised myself before. To me, the best novels have multiple plot lines, which interweave and can confuse the reader, but it all unravels at the end.  I think that takes a logical mind.  I’m a bit more intuitive.  I ‘find’ an answer then work out how it happened backwards!  Of course, that might be just what is needed for novel plotting.  I’m not assuming I will, but I’m not ruling it out.

If someone produced an audio book of Ravenfold, who would you like to narrate it?

Oh, Derek Jacobi, please!  I love his voice.  He could read me the telephone directory and I’d still be fascinated!

What genre would you not write in unless you were paid a lot of money?

Whatever I say I’m going to upset someone now, aren’t I? However, I don’t think there are funds enough anywhere to make me write (let alone read) paranormal romance!   What’s that about?  “I love ghosts, me!”  Does not compute!

So, with the books.  Are there any more books on the horizon?

Yes.  I have a second novella, shorter than the first, which is written but will be re-visited in a few weeks’ time to give it a good old editing.  I hope to have both those novellas out in paperback too.  I’ve also begun a third book.  The latter two are set in the present day and the work in progress is possibly the best candidate for being a novel.  At the moment.  Probably!

And in the immediate future?