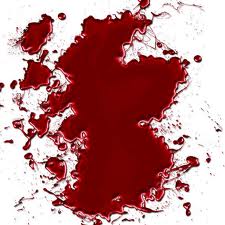 Given the rich tradition of Scottish crime fiction, it seems crazy to think that there’s not been a Crime-Writing Festival in Scotland.  Not that such things are easy to spot until they’re pointed out.  Thankfully, there are people who can identify gaps and then can work really hard to make sure that spaces are filled.  The team at Bloody Scotland, I have to say, made a Stirling effort to pull things together, resulting in last weekend’s tremendous event in the middle of the country.


I spent my Saturday there and didn’t really know what to expect.


I’ve made many visits to the Hay Festival and the Edinburgh Book Festival over the years and have dipped my toe in at Lennoxlove, too.  None of them have been crime-writing festivals though, and my ideas of what such a weekend might be like were formed by these previous experiences.


What I was delighted to find was that the events ran smoothly, that the ones I attended were excellent value for the entry-fee and that crime-writers and the crime-writing community offer something very different for the visitor than those broader –themed events to which I’ve been before.


At Hay, and even more-so at Edinburgh, the guests become practically invisible once their event and signing is done.  The press/author tents look big and cosy and are obviously so enticing that most writers tend to hang around in there and in their hotel rooms while in town.  I don’t blame them for that at all; I’d be inclined to do the same if I let my natural instincts take over.  It just seems a shame.  There have been exceptions over the years – Benjamin Zephaniah signing a book on the lawn; Brian Patten sharing a pint; Lawrence Block stopped in passing...


It was all so very different in Stirling.  The writers were milling around like everyone else.  They seemed to make a point of making themselves accessible to their fans for short spells of the day, allowed themselves to be approached and took the time to listen.  What a bonus that was, not that I had the guts to go up to anyone I hadn’t already met.   How wonderfully open it made it all feel.  How friendly and supportive.  I loved it for that.


I attended 3 events in all.


First off was Downloading The Detectives.  I’d been looking forward to this most of all because, not only would I be seeing Allan Guthrie in action, I’d be seeing the mightily talented John Rector.  Sadly John wasn’t able to make it over.  I’d been completely thrown by that when I found out the night before, but John was kind enough to get in touch and apologize for not being able to come over due to ill-health and offered me a signed book if I wanted.  What a gentleman.  I declined the book and didn’t need an apology, but it was very kind of him to contact me.  John’s replacement was another very well-regarded and best-selling kindle author, Gordon Ferris.  It was great to get some insight into the world of ebook sales, going back to 2010 and tracing the evolution of the Kindle phenomenon from there.  Clearly what will be next for authors and readers remains a mystery, but change it will and we’ll all need to be on our toes if we’re interested in keeping up with the pace of that change.


Next event was a mind-blower.  William McIlvanney.  As a McIlvanney virgin, I wasn’t really sure what to expect.  An old man was all I could picture.  What I got was a vibrant, energetic, passionate speaker who has great eloquence and clearly is a major writing talent.  All was helped by a smooth approach from Len Wanner (interviewer) who left Willie to his own devices and only added questions when it was time to change direction.  I loved it.  Would put it up there with my favourite events of all.  Funny thing is he’s been out of print for a while.  Thankfully, he’s about to be back on the shelves courtesy of Chapman.  For me, having heard readings from 4 books, the waiting time is too long and I’ve already got hold of a couple of second-hand copies to enhance my library.


Last one for me was a debate on the Booker Prize and whether a crime-fiction novel would ever be a winner.  Turns out there have been crime novels as winners already, if you’re prepared to stretch definitions only a little.  It involved Peter James & Ian Rankin vs Stuart Kelly & Willy Maley, with Nick Barley in the chair.  What they offered was an interesting and entertaining look at books and I came out feeling alive and well.  Great points all and no real winners.


What I enjoyed most of all that day was the company I found myself in.  I met up with friends of mine whom I’ve known in the flesh and some whom I’ve only known virtually until now. Spending time with such great people who have such enthusiasm about books and crime fiction and life in general is about as good as it gets.  No, it’s not better than sex, but it’s still a fantastic experience.  I felt blessed by life while I was there and proud to be part of such a warm community of folk.


To those who organised, I’d like to thank you for your hard work and the application of your expertise.  You clearly know what you’re doing and I hope you have the will and the energy to repeat the event in some form next year.  To let it die after such an impressive debut would be a travesty.  Good on you all.  Should you happen to want an up-and-comer to occupy a small event in a tepee or a camper van somewhere in 2013, you know where I am.


As a little aside, I’d like to mention that one of those big-hearted friends from the event, McDroll, has 5 of her kindle books up for grabs just now at Amazon and you don’t have to pay a penny or a cent for any of them.  You have nothing to lose and much to gain, so why not take a chance?


And my little brother, Geoff, one of the stars of the world of radio production, had a programme about Richard Brautigan broadcast on Monday, which is available for a while at this link.  It features the Lovely Eggs, Jarvis Cocker and (listen carefully) my dear friend Tom Ash as driver.  Tom is the inspiration for the character Wolf in In Loco Parentis, though he’s no killer in real life.