One Man's Opinion: THE DUPLICATE by HELEN FITZGERALD 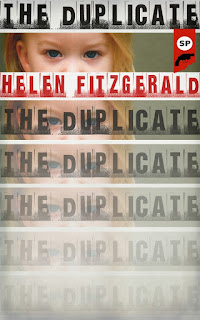 Before starting, may I thank all those who've supported my giveaway of Beat On The Brat (and other stories) [US] - it's up there as the #1 Short Story in the freebies just now and I'm delighted by that.  You can still pick it up over the next couple of days if you're so inclined.
I'd also like to push you in the direction of another couple of freebies from Josh Stallings.  Out There Bad [US] and Beautiful Naked And Dead [US] are available as free kindle books today.
Now to THE DONOR [US] by Helen FItzgerald.
I’m pretty sure I’m not in the group of readers to which this book might mainly be targeted, but I picked it up as a fan of the author and of Snubnose Press and I’m glad I did.


In Part One of the book, Barbara tells her story.  She’s a misfit orphan who lives in a mansion with her crazy mad-scientist uncle.  She delivers the most amazing (and shocking) of projects at the science project presentation day, inspired in part by her being an assistant back home to the cloning of animals; in the mansion, they’re paving the way towards to cloning of a human.


Barbara is infatuated by a boy and she’s prepared to do anything to get him.  She has a lot to do, mind, being and unkempt crazy with hairy legs and a taste for the macabre.


For help, she turns to a self-help book, which might not seem like a bad idea.  Taking it as gospel, however, isn’t necessarily the way to go.


Barbara’s obsessive nature is a wonder to behold.  The sequence of events that follows the project presentation as seen from her perspective is emotionally charged and tinged with a disturbing trust in empiricism and a reader’s knowledge that not everyone is as naive as she.


Barbara might be autistic.  Definitely has serious attachment issues.  She’s emotionally scarred and is impulsive to boot.  It’s difficult not to warm to her and to want to turn the light on as she fumbles down  passage of darkness to allow her to see the bigger picture.  It’s funny, hilarious at points and always edgy and original.  Superb stuff.


In Part Two, I felt a little less connected with the book.  This might be because I’m a middle-aged man and was in slightly unfamiliar reading territory (only at this point did I feel the strength of this as a Young Adult book).


This allows us to consider how much Barbara’s state of mind is nature and how much nurture – that’s still got me thinking quite a while after reading.


Barbara knows that there is no chance for her to put the pieces of her shattered life back together after the experiences she’s had in Part 1, but she’s hoping that science might allow her the opportunity to witness the recreation of history to produce a new outcome.  Better still, she’s motivated by a need for revenge.


For me, this is a book of 2 halves.  The first is wonderful and, if you’re up for watching the unfolding of science-fiction nightmares and their likely impact on matters of the heart, you might feel the second part is too.