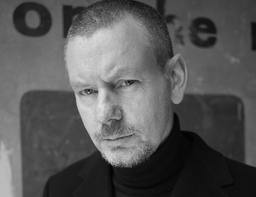 On Sunday evening, I went to the Edinburgh Book Festival to an event by John Gordon Sinclair.


I have to be honest and say that my visit was more to do with him being Gregory in Gregory’s Girl than because of the book he’d written.  Still, I was there with an open mind and was ready to find out what he was all about.
I was also rather intrigued about the change of image he might have to consider.  Surely he's one of the few authors out there who have the marks of a hard man added to a photo.
Before the opening, I spent some time in the book tent.  My main objective was to insert some of the postcards of my novel into some of the books on the signed editions shelves.


While I was there, I flicked through the first few pages of ‘SeventyTimes Seven’, Sinclair’s book, and was pretty impressed.  There was an immediate tension created and a dose of humour, two elements I love to see together.  So far so good.


The event itself was even better than I’d hoped.


Sinclair was engaging and entertaining throughout.  He offered anecdotes on acting, life and writing that were all the kind of things a fan might want to hear.  What impressed me most was the way he talked about the writing process.  This is his debut novel (‘One of the finest debuts of the decade,’ according to Ken Bruen), and he managed to settle my suspicions that he might only be putting out a book because he’s already famous and just needs a little more of an ego-thrill.  He’s done a lot of research, but as well as that he mentioned a wide range of reading material that he enjoys and this was reassuring.  He said that he set out to write a book that he’d want to read on holiday and also one that depicted violence in a realistic way as inspired by Cormac McCarthy.  Nice.


The book is set against the backdrop of Northern Ireland in the terrorist surges of the 1980s and is located in Belfast and a small town in Alabama and it looks pretty good to me.


It was really good event.  Those who have tickets for the Bloody Scotland one in Stirling next month are in for a treat.  Those who haven’t and who might be tempted after reading this, you can go to the link here and get one.


A couple of minor points.


First off, well done JGS for simply avoiding the Tartan Noir/Ian Rankin question.  Mr Rankin is a star.  A hell of a writer.  An institution.  I wonder if he’s even surprised about the number of followers in the writing world he’s supposed to have spawned.


Secondly, Mr Gordon Sinclair, you need to practice your reading.  Slow down.  Add some expression.  Don’t bolt through it like you can’t wait for it to be finished.  Might I be so bold as to suggest that you imagine you’re reading from a script?  Remember you’re an actor and that reading comes easily to you.  The audience will appreciate the effort.


It so happened that I was sitting in front of JGS’s editor.


Flicking through the book, I have a feeling of a fairly large editorial input.  There’s a bible quote to open and it relates to the title and I can’t help feeling that Faber set out to find a passage that fitted and then chose the title from there.  Maybe that’s a real job – finding biblical quotes for novelists.


Soon as the event was over, I passed on my promotional card to the Faber guys.  You can but dream. I also passed one on to JGS when I asked him to sign the book I’d decided to buy (I wasn’t going to, it was just such an entertaining evening and the book sounds like a cracker).  Course they didn’t buy a copy, but I have to dream.


As an aside, I caught a glimpse of Doug Johnstone in a shirt and tie.  He’s a Faber guy, too, and his books are bloody good.  Check out ‘Hit AndRun’ and you won’t be disappointed.


Great that my only visit to the book-fest this year was such a good one.