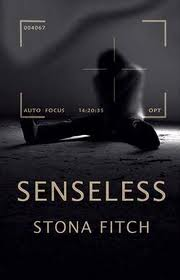 Elliot Gast is a man of taste and refinement.  He has a nose for a fine wine, and eye for fine detail and a palate that has appreciated the best of food.  He works for a company called IBIS as a social facilitator in business dealings, having moved on from being a small cog in some murky palm-greasing on behalf of American business interests at the point of the formation of Europe’s Common Market.


His life is good.


On the way home from a splendid meal one evening, he is kidnapped from the streets of Brussels.


Initially, the kidnappers have a civilised approach to their guest, treating him with a modicum of respect.


Luckily Gast is a pretty cool customer.  He’s been in hostage situations before.  He’s been trained for such eventualities.  He thinks he’ll be able to hang on till the necessary formalities for his release are completed.


Unfortunately, he’s not in the hands of any typical captors.


He finds himself accused, a little in the manner of Josef K, of being guilty of something by a group of people who are part of a bigger organisation that is ‘diverse by nature’ and with ‘many controls and safeguards’.  There’s to be a punishment, and what better punishment could there be for a man like Gast than to remove his 5 senses?


To gain support for their cause, the kidnappers are showing the entire event online.  The general public are to vote on Gast’s future and to donate to buy his freedom or otherwise.


The situation is a complete nightmare.


The journey through it is told by Gast in a generally dispassionate way.  He reflects on his past, the events that have taken him to such a point in life, and upon the present as he tries to figure things out.  The stories are formed in such a way as to amplify the miseries of his predicament.


The premise of the book is superb, but a good idea in itself isn’t enough.  To my delight, Stona Fitch works with the concept wonderfully well.  The detail, the similes, the tales recounted from Gast’s past create a vivid experience and in doing so heightens the horror when it comes to the removal of his ways of interpreting the world.


I’ve seen mentions here and there of it being Kafkaesque and it’s easy to see why.  What comes to mind when I think of Kafka is a dispassionate description of terrible situations, life turning on a moment, bureaucratic mess, individual guilt, alienation and the horrors that go hand-in-hand with it.  There are elements of each throughout Senseless.


What’s more, the book was published way back in 2001.  I guess that makes Stona Fitch a kind of visionary who’d seen early on the complex range of issues presented by globalisation, by reality TV and by the opportunities offered to anyone of enhanced methods of communication and our inevitable dependence upon them.


I also think that it’s a testament to the quality of his writing that there were points where I had to look away from the page.  The anticipation of what was coming was quite overwhelming.  Now, it’s not because I’m squeamish when it comes to violence and difficulty in fiction – I’d say the opposite was true – but when it’s done this well I do get goose-bumps, not just because of the acts buy because of the implications of them.  Within the small pictures he shows us the whole world and in the world he shows us the miniature.


It’s a seriously good book and it deserves to be read, and it’s great value as there’s the ‘bonus track’ in that I know I’ll be thinking about it for a long time to come.
Kindle US  UK
Posted by Nigel Bird at 11:30