Dancing With Myself – David Barber Interviewed by The Two Blokes 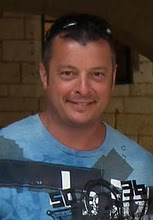 Dancing With Myself – David Barber Interviewed by The Two Blokes.


“We’ve come to see our “creator” and interview him.”


“No, you daft sod.  We’re here to interview David Barber, the bloke who created us.”


“Oh right, the hairdresser from down the road.”


“David, the barber from down the road.”


TB1:  Yes you are! Now shut up and let me get on with it. OK, the following interview is with David Barber. He’s a writer (so he tells us) and the editor of the fantastic webzine, The…oh come on, David. You can’t make us say stuff li…

DB:  Just read what you’ve been given. OK?


TB1:  …and the editor of the fantastic webzine, The Flash Fiction Offensive.


TB1:  No, you told me to say who you are by writing it down. I’ve got my own questions, if you don’t mind. Apparently, so has he, but my first question is name?


TB1:  Holy shit, we’ve already been through that, dopey.


TB2:  Oh right. And you’re not the barber from down the road?


TB1:  Sorry for stopping you there, David, but we have some questions and, look…..see, people are already getting bored. God only knows why they want to know about you anyway. OK, a little background please.


DB:  Well, I started writing when…


TB1:  Background PLEASE, not noise! About David, you daft sod!


DB:  You know, I don’t actually think he’s as dim as you think he is.


DB:  OK. I started writing when I was around 19-20. I read a book and thought, I could do that. How little I knew back then. I dabbled in short stories and started a novel, but I eventually fell out of love with it.


Things happened in my life: I got injured and finished from the fire service, we had kids and moved up to .  It was then that a good mate, Col Bury, asked me to submit a story to a magazine that he was co-editing with author, MattHilton. I sent a six sentence story called ‘Sorry, Love,’ off to Thrillers,Killers ‘n’ Chillers, which went on to get a 2nd place Bullet Award. My love for writing was rekindled.


TB2:  Eh? Oh, right. I’m having a new kitchen and was wondering if I should have free standing appliances or interrogated. Your thoughts, please.


TB1:  It’s integrated, and that wasn’t a writing question.


TB1:  Told you. He’s a dimwit! Apparently, you’re the editor of an online magazine. How did that happen?


DB:  Long story short. I emailed a friend – and a great writer – Glenn G Gray, about his writing and if he had any new stories coming out, etc. After a bit of email tennis, he told me he’d recommended me to his pal, Matt Louis, who runs Gutter Book Publishers and Out Of The Gutter magazine. Matt was looking for someone to take the reigns over at The Flash Fiction Offensive. The rest, as they say, is history.


TB1:  Tell us about your writing. Where do your stories come from and what’s your favourite genre?


DB:  Wow. Erm, my stories come from…well, you know I’m not sure. I used to write a lot for challenges, where you were given a starter sentence or a photo prompt or a series of words. I’d sit down and a story would just develop. I get ideas a lot of while I’m working. I’ll be tiling at an old house, go outside for a break, look up at a window and in my mind I’d see the face of a troubled child, a terrified woman or a crazed man. Then a news headline would stir the creative juices. An old man stood in a queue at a cash machine. They can come from anywhere and everywhere.


My favourite genre? I started off writing horror stories when I was younger, and then more recently I’ve been writing crime. I don’t think I have a favourite though. I just love words.


TB1:  Don’t thank me, you wrote the question. What are you working on at the minute?


DB:  I’m working on a novel with a working title of The Court. I’m hoping to have that finished by my next birthday, 5th Jan 2012. There’s a good chance that it could turn into a series involving the same characters. I’ve got another couple of ideas for novels with working titles of The Wrong Coat and In Search Of Perfection.


I’m also working on a couple of stories for anthologies I’ve been invited into and a few short stories which I intend on sending out to magazines.


TB2:  Why don’t you just publish your own stories if you run a magazine? Ouch!


TB1:  See what I mean? He comes out with something intelligent and it hurts him.


DB:  OK, guys. Calm down. Simple answer to your question about publishing my own work is all about honesty. I don’t think I’d get honest feedback if I published myself. People could see it as a bit of an ego trip. Just because I’m the editor of the magazine, then I think I’m a great writer and should automatically be published.


For me it doesn’t work like that. I prefer to keep my writing and the magazine separate. I’d rather send my work out to other magazines to find out if my stories are good enough. After all, I have my own blog to publish my own work.


DB:  Just down the hallway, last door on the left.


TB1:  Right, while he’s gone, we need to talk. Is there any chance you could…like…kill him off or something? You know, give me a more intelligent mate?

DB:  Let’s get one thing straight, buddy. If it wasn’t for him, there wouldn’t be a YOU! Live with it.


TB1:  Where did The Two Blokes, us two, come from? That’s a weird question for me to ask!


DB:  One of the writing challenges I spoke of earlier. I’d left it until the last minute to write something for it and the four words to be used just seemed perfect for a conversation. So, you two just appeared, sat at the bar of a pub. The thing is: now you just won’t go away.


TB1:  Way too much info. To wrap it up then, have you got a question for David?


TB2:  Oh, right. Err, yes, actually I have. When I have my kitchen done, and seeing as you’re a self-employed tiler, is there any chance you could do the tiling for me? You know, on the cheap. Mates rates?


David Barber was born and bred in , , but now lives in with his wife, Lisa, and their two daughters.  He wrote some years ago but was inspired to write again by an old friend and the beauty that surrounds him.  He has been published on numerous e-zines, including Thriller, Killers ‘n’ Chillers, A Twist of Noir, The New Flesh and Blink Ink.  He also has a couple of pieces of writing appearing in two anthologies.  He is currently working on a few projects including a novel.  He can be found lurking at http://davidbarberfiction.blogspot.com


Thanks David for an excellent approach - loved it.  And good luck with all those pies your fingers are in.

Other news:
If you're in Scotland, or you plan to be here tomorrow, here's the place to be: 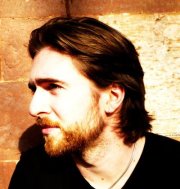 Join Allan Guthrie and Len Wanner in what promises to be a fun, eventful and informative evening in celebration of Scottish crime fiction as Len discusses his highly acclaimed collection of in-depth interviews with some of Tartan Noir's finest exponents, DEAD SHARP: SCOTTISH CRIME WRITERS ON COUNTRY AND CRAFT, with digital publisher, literary agent and award-winning crime novelist, Allan Guthrie.


I'll be going straight from the hospital from my therapy group.


And if I ever knew that AA Milne wrote crime fiction, I'd forgotten.  I picked up on it yesterday at Crime Fiction Lover.  Not only did they tell me about it, they told me where I could download it to my Kindle for free.  Check that out.


PULP FICTION received a welcome shot of enthusiasm from the wonderful Elizabeth White who said in her introduction:


'Edited by Nigel Bird and Chris Rhatigan, Pulp Ink is a blistering collection of 24 deliciously dark tales, each based on a song from the Pulp Fiction movie soundtrack. Murder and madness, sex and seduction, revenge and redemption, Pulp Ink has a little bit of everything going on.'

Shotgun Honey have had some great stories up (as usual) and have also had a really good interview with John Rector which is well worth checking out.

Cash Laramie still tops the Western Charts at Amazon while Keith Rawson doesn't (but then it's not a Western collection).

And here we have Two Blokes.  Watch out for the sparks.
Posted by Nigel Bird at 10:14