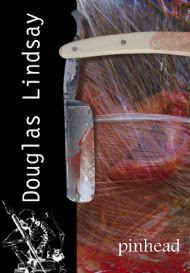 Last week I found myself up the Amazon without a paddle. Sometimes I wasn't sure if I even had a boat. The piranhas came in their droves and took their huge chunks of flesh and what did I do? Put myself back into the water. Next time I'll be keeping my feet on dry land.

It was nice, then, to get a lovely review from Paul Blackburn at EURO CRIME at the weekend. Paul, it mentions you're in Scotland so if you're ever Dunbar way, I'll buy you a drink.

One man who'se been kicking against the pricks for a while now is Stephen Leather. He's come in for a lot of stick from those piranhas, but he's managed to get his own back by becoming Mr Kindle here in the UK.

Last week he sent me some comforting words and advised me to ignore the 'trolls' as I believe they're called. To me trolls is too positive a term; it seems like a nice way of saying mean-spirited, bitter and angry people who have no care for the feelings of others.

He also supported the ebook I've put out with a class of 6 year-old children from my school (Jack And The Giant , stil only 71p and all proceeds to the Save The Children charity) by posting about them in the US and then making a donation to the cause with a cheque and a book. You can imagine just how delighted the children were to hear from a famous author. More information is available from the P2P blog. And to think this is Tranent we're talking about. Way to go kids.

I'm hoping that he'll be coming along here to dance with himself when he's a little less busy than he is now.

I do have a great interview for you here today, so here's Douglas Lindsay to show you a few moves of his very own.

Good to have you Doug.

1. This is a bit strange. Are you excited about getting to ask yourself questions, rather than being asked by someone who's not necessarily interested in your work?

Well, I have a guy who works as Head of Marketing at Long Midnight Publishing called Elvis Shackleton, and sometimes he gets interviewed on my website by another guy who works at LMP, called Eldon Crayfish, but weirdly neither of these men actually exist; it's just me interviewing myself. So I have previous.

2. Don't you think that's slightly narcissistic? Or psychotic even?

Not sure. You'd have to ask Elvis.

3. You talk about your company Long Midnight Publishing a lot, referring to it as your own imprint. But really, aren't you just a self-publisher, and as such on a par with the uruk-hai in The Lord Of The Rings?

Pretty much. Although I'm not as good with women as some of those fellows.

4. Would you ditch the company and sign up to another publisher if you had the chance?

I carry a pen with me at all times so that I'm in a position to sign any contract that's placed in front of me.

5. Yet, surely there must be some benefit to publishing your own books?

Well, you get control of the cover, release date, blurb, all that kind of thing. The time frames are short. I can decide to publish and then release a work of fiction in the kind of time that mainstream publishing reserves for biographies of newly-dead celebrities. My latest, 21 Years On The Back of Dixie Klondyke's Spanish Guitar for example. Decided to publish it in mid-October. On the shelves, first week in December. It was, I should add, already written before I made the decision. And the question, of course, is how many shelves is it on?

6. It sounds terribly exciting and seat of your pants, a life of exotic publishing derring-do. Freedom to walk the publishing earth and get in adventures.

Doesn't it? It's just not for me. Really, I just want to go and sit at a table looking out at the sea, a steaming mug of tea beside me, sheathed in melancholy, writing books that I then send to an editor who either a) lavishes me with praise, or b) tells me it's shit, and what re-writes they think are required, but most of all c) pays me and publishes the book so I don't have to.

7. So, are you weighed down and crushed by an all-encompassing sense of failure at your inability to achieve any kind of mainstream popularity in the world of crime fiction?

8. Time to do something else perhaps?

I currently have an application in for Astronaut School. Of course, I'm scared of heights, confined spaces and great speed, and even the slightest hint of dizziness makes me vomit, so I'm not sure I'm doing the right thing.

9. I meant, write something else. Non-fiction for example. Magazine articles or a guide on how not to bring up two kids or Nietzsche v Kierkegaard or romance or erotica or a history of Meadowbank Thistle?

To be honest, most of those subjects are covered in an average Barney Thomson novel.

10. So, inevitably we come to Barney Thomson . Have we seen the end of the world's last barbershop death junky?

Maybe. Maybe not. The series is at a stage where it can pretty much be about anything. Comedy, horror, serial killers, political satire... It's fun and easy to write. I like to try other things - such as not writing, and just sitting at the kitchen table drinking coffee and eating cake - but eventually I can see myself getting lured back to Barney. I currently write a 140-character Barney novel on Twitter every day, so we still each other, even though it's on a more casual basis.

OK talent scouts, you heard the man - he's carrying a pen. What are you waiting for? If you need more comfort before getting him to sign, go to:

http://www.barney-thomson.com/blog.asp
Posted by Nigel Bird at 09:36