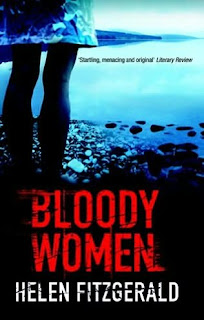 Brian Lindenmuth described Helen Fitzgerald as Allan Guthrie with ovaries. What a tag that is.

I’m interviewing myself at my desk in Hope Street Studios in Glasgow, a genius space for creative types, the brainchild of colourist Jamie Grant. Artists, fashion designers and novelists shame each other into working here and offer friendly and unpretentious water cooler conversations to those who would otherwise rot away in their lonesome attic spaces at home. Love it.

What, I ask myself, am I working on at the moment?

After an unproductive 2010 - for some reason my thinking powers took an extended holiday - I am bursting with ideas and in full swing again. Today I've been working on my next adult book, as yet untitled. My son disapproves of the idea for this book wholeheartedly as it sounds darker and sadder and more twisted that the four already published. He asked me to write something with joy in it. I told him I will, but she will die horribly.

I've also been working on a radio play idea based on the donor my fifth book, published this July by Faber and Faber and on feature articles to promote the book. I’m hoping my new room-mate, Lesley McDowell, will inspire me in relation to the latter, as she’s an experienced journalist and author. Also hoping my other room-mate, designer Camille will make some clothes that make me look younger than 153.

In a few weeks, my husband (Sergio Casci) and I will do another draft of the screenplay for The Devil’s Staircase,as we’ve now got Aussie producers (MacGowan Films) co-producing with Synchronicity Films. When I say another draft, I mean we’re upping the thriller element, and when I say “my husband and I” I mean “my husband”. I’ll make the coffee and Aussify it with references to cheesles, chocolate teddy bear biscuits, eucalyptus trees and words like daggy. We also have the excellent job of watching a pile of Aussie films to check out potential directors and cast.

So, Helen, Does the writing process change once you’ve written several books?

It does actually Helen. It becomes less fun. I suppose I know I can reach the end of a story now, so the surprise (OMG I am an utter genius) element has gone. Also, I know exactly how much work is involved – a lot – and a slight feeling of dread enters the scene when I set to work. I find myself wondering: Am I ready to think about nothing else for six to twelve months? To fall asleep, dream, and spend all day thinking about it? Do I have the stamina? Do I have enough ideas?

Which brings me to my next question: Where has the idea for the next book come from?

The next book is set down under. I’ve wanted to do this for a while, but hadn’t found the right story. This one’s about a couple who accidentally kill their baby. Without realising it, both parents have given the newborn painkillers on the long haul flight from Scotland to keep him sedated, and discover he is dead as they drive from Melbourne to Geelong. For many reasons, they decide to cover it up. Not surprisingly, this cover-up is a bad idea. I’m writing it from the POV of the parents, and hope that the reader feels some sympathy for them as the situation unfolds and escalates.

What has surprised you about being a full time writer?

Several things. The amount of work I have to do to promote myself, for example. I hadn’t used the Internet much beforehand, and now find myself navigating the terrifying world of facebook, twitter, blogs and podcasts. I’ve always been scared of spiders, and I feel like the hairy legs 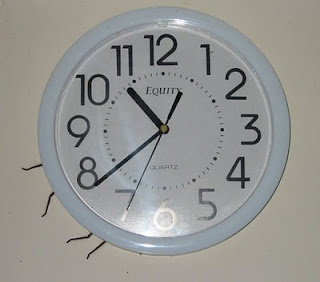 of the Internet have invaded my life. Gotta get with it, though, and am attending a day in Edinburgh this week, organised by my agent at Jenny Brown Associates, which is designed to help authors promote themselves online. At first, I had a bit of an addiction to Amazon rankings and self-googling. That has subsided now. If anything, I avoid it, even though I do have a much thicker skin than I used to have.

The other aspect that has surprised me is how supportive and fun the writing world is in Glasgow and in the international world of crime fiction. I’ve met so many writers, made so many friends, and finally feel I am in the right job, with the right colleagues. NB: Crime writers are the best - unpretentious, a good laugh, non-competitive, generous and helpful.

Now, back to that twisted novel. Ideas for titles welcome (Best suggestion so far is from my hairdresser - THE NAP).
Posted by Nigel Bird at 12:33