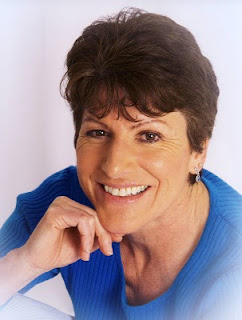 "More love for DIRTY OLD TOWN
Just can't help myself. I want more people to buy Nigel Bird's Dirty Old Town and read it and love it and tell others about it. I was surprised by every story. These are short, punchy, thoughtful, hard as a punch, but sometimes they dig in and squeeze. It's dirty stuff, done beautifully.Nigel is also responsible for the too-cool "Dancing With Myself" interview series at his blog, Sea Minor.”
Anthony Neil Smith (Yellow Medicine, Psychosomatic, Hogdoggin')

Least I could do was to give one of his books a space (eyes right)>>>.

Truth be told, comments like that can never be taken away and give me such a lift I find it impossible to explain.

Our guest today has had a hell of a lot of good feedback and that might help to explain the way she's flying high in the Amazon Kindle charts on both sides of the Atlantic. Readers and writers, ATTENTION.

Q: What motivates a novelist to participate in a blog like this? Being both the interviewer and subject?
A: Control and ego! It’s an opportunity to say exactly what we want about ourselves and our work. Who could pass that up?
Q: There are hundreds of crime stories out there, why should anyone make time to read yours?
A: I believe my stories are a good balance of what readers want. They combine realistic crimes with complex plots. I do enough character development to engage readers but without sidetracking the story. I write about provocative social issues as an intrinsic component of the plot, so the story has meaning. But I do it in subtle ways that leave readers thinking. Most important, I keep the pace moving. Besides, Mystery Scene magazine says you should be reading my work.
Q: You write a series about a homicide detective, is there a formula to your plots?
A: Not at all. Each of my Detective Jackson stories is unique. The crimes are all different, and each story has its own structure with different POV characters. In the first book, The Sex Club, I had two main protagonists, a Planned Parenthood nurse and Detective Jackson. In Secrets to Die For, I opened the story from the victim’s POV, then told most of the rest from Jackson’s perspective, with a reporter having a small part. In Thrilled to Death, women go missing and the body doesn’t appear until halfway through. In my last release, Passions of the Dead, the story opens with a mass murder, and I tell a parallel subplot through the eyes of the victims.
Q: Which book was most challenging to write and why?
A: The Sex Club was especially challenging, because the timing of events had to be perfect to pull off the ending, which readers are still talking about. Some even e-mailed me to say they read the ending over and over. But the book I’m working on now, affectionately called “Jackson 5,” is proving to be even more difficult. In this story, I have two separate investigations going and they both involve crimes of the past. It’s very challenging to craft an investigation with no crime scenes, no bodies, and no autopsies. But I’m halfway there, and I believe I’ll pull it off.
Q: Enough about your books. It’s time for some personal questions. What do you do for fun when you’re not writing or promoting?
A: I love cycling and I bike year round. And anything that gets my adrenaline going is fun for me, so I’ve been parasailing, gone up in hot air balloon, and jumped out of an airplane. For affordable everyday fun, I shoot pool with my husband and go bowling with my brothers.

Q: Until recently, what was your day job?
A: I’ve worked as a journalist/editor for magazines and educational publishers for most of my career. I spent seven years on a pharmaceutical magazine and know more about drugs than I should. I finally ended up with a part-time newspaper job writing features, which was perfect. Then they laid me off as a cost-cutting measure. I used my down time wisely, and now I’m a full-time novelist.

Q: What are some of the strangest jobs you worked as young person and how did they affect your life and your writing?
A: In high school, I worked in the meat department at a local grocery store. Boy was that a stinker! It made me realize I needed to go to college, even though we had no money. In college, I had a job as a vacuum cleaner sales person. That ended when my boss kissed and groped me. That experience made me realize that perverts are everywhere, which is why they come up in my books. I also pulled green chain for six months. I lost 20 pounds and realized I could do almost anything a man could do, but I was smarter than that, so why should I?
Q: If you’re such a tough woman, why do you write about a male homicide detective?
A: When I wrote The Sex Club, I wasn’t sure it would be a series, but I was sure that I needed two main characters: a Planned Parenthood nurse and a homicide detective. The nurse had to be a woman, so I made the detective a male for balance. The detective had to be the one to carry the series forward, so I ended up with a male protagonist. Fortunately, it’s also realistic for him to be male. There are no female detectives in Eugene’s violent crimes division. But a female sergeant runs the unit, so my character’s boss is woman.
Q: What is the most challenging aspect of writing a series?
A: Character arc. If your characters change too much, your readers will be disappointed and lose interest. If they don’t change at all, reviewers and readers will ding you for that too. So Jackson’s changes are subtle, and they are also organic to the plots. His circumstances—such as his relationship with Kera, his ex-wife’s involvement with his daughter, and his home arrangement—are changing slowly too. I may move him forward in one novel, then move him back in the next. But that’s how it is. Jackson’s life is complicated and stressful, like most of ours.
Q: What other amazing things have you done besides write novels?
A: After I graduated from college, I rode my bike to the Grand Canyon (from Eugene Oregon), including crossing Donner Pass. It was a three-day 10,000-foot climb. When we reached the top, a blizzard was happening and ten feet of snow had already piled up at the side of the road. We spent two days in Truckee waiting for the snow to stop. Then we rode down the mountain into Reno, with snow, ice, and gravel on the road. It was the most terrifying 45 minutes of my life.
To get to find out a little more about LJ or to take a look at her book, follow the links below.