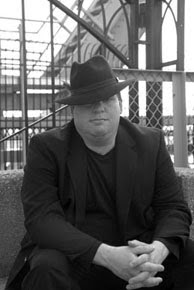 It's true that I've put together a collection of stories for you to enjoy.

There are 9 stories in total, which means they're less than 10 pence or 15 cents per story.

Some of them you may well have seen and enjoyed - 'Beat On The Brat' from 'Beat To A Pulp'; 'Silver Street' from 'Dark Valentine'; 'Sisterhood' and 'Drinking Wine' from 'A Twist Of Noir'; 'One Hundred And Ten Per Cent' from 'Title Fights' and 'Merry Christmas (I Don't Want To Fight Tonight)' from the Broad From Badsville's Ramones themed run.

Also included is one you're less likely to have read, but is one of my finest. I was published in the UK by The Reader Magazine alongside Seamus Heaney and Vanessa Hemingway (honest).

You can buy it in the UK from:

and you can get a hint of the cover by looking at the carousel at the bottom of the page.


And here today we have a man who has the feel of spring about him, evergreen Jim Winter. He's got things to say about e-books too.

You made some noise late last year about quitting. Were you serious? Or just having an artistic snit fit?

It was frustration, though I'd been pondering leaving for a long time. Basically, academics, employment problems, and putting together a family meant something had to give. Since I hadn't made any money at writing, I decided to chuck it. It didn't help that a particularly complex novel didn't turn out the way I wanted it, nor was it something my then agent wanted to represent.

What made you change your mind?

A couple of things. I reconnected with a buddy from my sci-fi fandom days, and some of those ideas I'd put aside for later use started demanding my attention. I'd also just published a short I was particularly proud of in Crime Factory.

That would be "We Be Cool." What was the genesis of that?

The so-called "magnum opus" was a Wire-like story called Holland Bay that featured a drug kingpin named Rufus King. In Holland Bay, he's on the verge of going legitimate and getting ready to ditch his lieutenant, Ralph, who was originally his boss. "We Be Cool" was story from when Rufus was starting out and how he helped make Ralph – and by extension, himself – the city's sole drug source. However, at the end of the story, Rufus thinks he's going to die that afternoon.

It sounds a lot like Gwendolyn Brooks' "We Real Cool." Was that intentional?

It took its cues from "We Real Cool," but I had to be careful I didn't just glom the entire poem and build a story around that.

So what will Holland Bay's fate be?

That's a good question. There's an e-press a friend of mine is involved with, and it's getting some solid backing. In fact, I've been invited to contribute to its first anthology. I think if they manage to get it off the ground and get some traction, I may present a later version of Holland Bay.

You've been rather excited about ebooks, but you're not quite the cheerleader for self-publishing on Kindle. Why not?

Well, first of all, one cannot dismiss JA Konrath's arguments for self-publishing out of hand. Joe's finally achieved his personal nirvana: Writing for a living without having to travel to hundreds of bookstores in an effort to hand-pimp his work.

But there are hundreds of writers who don't want to do the work it takes to build their reputations and brands. (Let's not kid ourselves, this is a business, even if you don't make much at it.) So you get a lot of poorly edited, poorly written, poorly formatted ebooks for sale at 99 cents a pop. It's the return of the print-on-demand author mill, only without the middle man taking all your money.

So you don't think it's a boon to authors?

I think it can be, but too many new writers or frustrated writers don't want to do the work just to make their novels and short stories worth reading. You might lure someone in with a dollar price tag, but if it looks like you couldn't even be bothered to use spell check or you're too lazy to cut your story down to size and smooth it out, that reader you lured in is not going to read Book 2.

Will you self publish?

Yes, as a matter of fact. Northcoast Shakedown was edited, and it might have landed in New York if I'd just waited two more weeks instead of signing with the original publisher. Since I get a lot of questions about it, I have no qualms about rereleasing it as is.

Road Rules is already out in the wild. So, yeah, I'll be releasing that to Kindle and Smashwords.

We'll see. We're coming out of a bad recession, so it's hard to gauge what the landscape will look like when the recovery gains traction. Will print books rebound? Will ebooks wipe them out completely?

Hardly. Movies have always required a power source to view, especially now that the technology is so advanced. Same with recorded music. Electronic files are the perfect medium for them because you can watch or listen anywhere, assuming someone didn't get stupid about the DRM.

But books, even before the printing press, have always been a written medium. Ebooks are an ideal format to deliver book content, but again, they require a power source and can be subject to DRM. The difference between paper and electronic books are fairly even in their pros and cons.

What about Nick Kepler? Will we see him again?

Maybe. It depends on what happens with Northcoast Shakedown. If people aren't going to read it, there's not really a point in performing for an audience that isn't there.

I have. However, those will be written by my Richard Bachman to Jim Winter's Stephen King. As to how I approach the first SF or fantasy novel I try to publish, I don't know yet. I do know if it's even moderately successful, I won't be able to keep the connection between "Richard" and Jim quiet for very long. Promises to be fun.
Posted by Nigel Bird at 21:49