Bob's Bits And A Little Bit Of Charity. 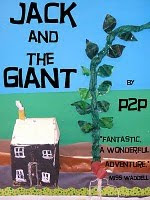 Things in the writing world move and shift so quickly, it's definitey difficult to keep up.

I'm delighted that the 600-700 series over at A Twist Of Noir are back up and running. There's some great stuff to read if you get over.

If you don't, you'll miss out on this so follow this link to Apostle Rising's video:

There's another helping of noir from Katherine Tomlinson over at NoHo, so go see.

And there's a new and exciting cover for you to admire over at Allan Guthrie's ebooks that sell. Kill Clock's a real good ride, so watch this space - it looks like it won't be long till it's available.

If you're short of things to read on your Kindle, phone, PC or whatever this weekend why not try some of this:

You'll be royally entertaines and Douglas will be here soon with his very own dance.

And at the moment I'm reading Fat City by Leonard Gardner. Seems like it's hard to get, but the yummy thrill of its textures is a feast for anyone.

Last thing, if you have 71p/$1:12 to spare you could help out. This time it's not for Dirty Old Town (though after only one sale in the UK yesterday, Lord knows it needs it) but for a charity venture.

Jack And The Giant was produced by a group of 6 year old children as part of their topic last term. It's a 500 word tale that sticks to the traditional story pretty much. The main focus of the lessons was on the use of interesting words.

On the Amazon board the other day, someone asked me how they could tell it was for charity. I was so angry that I felt physically sick, but now I guess it's a fair point. If you go to the link below, you'll see some of the fine work the children did and hopefully be convinced that it's not a big scam. In all truth, if I was going to be scamming anything it would be with my own work, but I'm just not that kind of guy. Hopefully anyone who'se been here more than a few times knows that.

And Naomi Johnson and Hilery Williams were kind enough to offer brillian blog space at:

They're lovely people and deserve public thanks from me, so thanks and xx.

25p will go to Save The Children for every copy sold and it fits in with their study of the United Nations Convention Of The Child (Article 28).