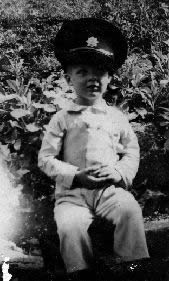 It's amazing how many writers started off as teachers. Gives me hope.

It's also amazing how quickly Christmas Day passes - all that build up and then it's gone.

If you're feeling derelict, hungover, despondent, tired or disappointed then you're in the right place.

If you're feeling pukka, lively, optimistic, happy and desperate to seize another day, you're also in the right place.


Going out to the Christmas sales or reading an interview with an old master? No contest.


Ladies and Gentleman, for your Boxing Day delight, please welcome the one and only John Harvey. I'll be back on 2nd January 2011.

Were you always going to be a writer?

No way. Until I was 20 and working in an office, editing an in-house magazine, I had no idea what I wanted to be - at which point I went off and taught as an unqualified secondary school teacher in a pretty tough inner London school for a year and decided that was my vocation; so I got trained and then taught for 12 more years.

The only indications that one day I might write fiction could only have been gleaned from a childhood habit of spending my pocket money on notebooks, and the fact that both at secondary school and at college (and that office) I edited newspapers and magazines – despite which it never occurred to me to take up journalism. Oh – and my friend Jim and I, when we were in our mid- to late-teens and hanging out in jazz clubs, used to spend a little of our time making up the perfect first sentence for an as yet undiscovered novel by Raymond Chandler.

Nevertheless, you’ve made a success of a writing career that, so far, has lasted 35 years with more than 100 published titles - how come?

In brief, I’m consistent and (until recently) I deliver on time.

When I began writing it was in the footsteps of one of the unsung masters of British pulp fiction, Laurence James; he was my mentor and my model. 50,000 word manuscripts handed in on schedule and providing the publisher with the wherewithal for a 128 page paperback. Didn’t matter if they were war books or westerns or teen romances, there were plenty of others out there who could do the job as well but not as reliably.

It helps that I’ve always seen myself as a writer of popular fiction, content to work within a genre and find little spaces for myself inside that without forgetting the readers’ and the publishers’ expectations. I’m a story teller first and foremost and everything else – attitudes, ideas, personal style – are all subservient to that.

What does the American artist, Chuck Close, say? “Amateurs look for inspiration; the rest of us just get up and go to work.”

Crimewise, early on, of course, I read Hammett and Chandler and James M. Cain and then had to learn to forget them, Chandler especially. (See four early pulp attempts – the Scott Mitchell series – if you don’t believe me.) After that it was a pretty obvious progression through Ross Macdonald, Ross Thomas and George V. Higgins to Elmore Leonard.

The Resnick books have all that at the back of them somewhere, but more specific influences would be the ten Martin Beck novels by Sjowall & Wahloo and “Laidlaw” by William McIlvanney, which combine an urban setting with a leftish political attitude and a documentary feel.

And since my urban setting has, most usually, been Nottingham, I would have to acknowledge also the Alan Sillitoe of “Saturday Night and Sunday Morning” and “The Loneliness of the Long-Distance Runner” and the D. H. Lawrence of “Sons and Lovers” and the early short stories.

It’s important to acknowledge, also, the influence of the British television series “Z-Cars”, later “Softly, Softly”, which took the crime story out onto the streets and into real peoples’ lives, and numbered Ken Loach amongst its early directors.

And movies. All my life I’ve seen movies. Oft times, three or four a week while growing up. On a good day, I move the camera like Chabrol or Arthur Penn; cut like Dede Allen or Walter Murch. I wish!

The basic style, though. The style rests on Hemingway. I read him constantly for inspiration and, if I’m getting above myself, as an emetic.

What’s with the Poetry?

I wrote poetry with any degree of seriousness from the mid-70s until my youngest daughter was born a little over 12 years ago. For most of that time I edited and published poetry, including some pretty heavy hitters - Sharon Olds, Lucille Clifton, Simon Armitage, Lee Harwood, the list goes on.

I think – I hope – it taught me something about rhythm and timing (listening to Monk and Parker and Billie Holiday helped) as well as the importance of honing in on the right word. Contrary to some popular conceptions, poetry trains a writer to be concise rather than verbose – though if you look at the prose of a good many writers who are described as “poetic”, you might believe the opposite.

Well, yes. Good ones, at least, and mostly I’ve been lucky in that regard - and I’ve only had one I might characterize as bad. Some, like Majorie Braman in the States, and François Guerif in France, have been tremendous in the way they’ve given support, but there are two I would single out as being especially important - Marian Wood,whose editing of the ten Resnick novels published in the US by Henry Holt was diligent and rightly demanding, and Susan Sandon, who has been my editor at William Heinemann/Random House UK since the first of the Frank Elder books, and combines competitive and wide-ranging publisher’s know-how with a finely-tuned eye for detail. Both Marian and Susan have been responsible for much that is right in my books and for limiting much that is wrong.

Even though you more or less left him alone for 10 years, the gap between “Last Rites” and “Cold in Hand”, Charlie Resnick is, in readers’ eyes, your most successful character - so where DID he come from?

He came from a series of conversations with a good friend and fellow writer, the late Dulan Barber (who wrote crime novels as David Fletcher and horror as Owen Brookes). He owes quite a lot to Jim Rockford and more, perhaps, excluding the alcoholism, to Valnikov in Joseph Wambaugh’s “The Black Marble”, especially as portrayed by Robert Foxworth in the Harold Becker movie. He certainly isn’t much like any actual Nottingham policeman I’ve met before or since, though he does bear something of a resemblance to McIlvanney’s Laidlaw, maybe to Martin Beck, and, in appearance and manner, to the Tom Wilkinson version of him in two television adaptations that were shown on BBC-TV in the early 1990s.

There’s a lot of music in your books, what do you listen to yourself?

Just recently I’ve started most mornings listening either to Nelson Frier playing Chopin Nocturnes or a new recording of Pergolesi’s “Stabat Mater” by the period music ensemble, Florilegium. (The latter a habit I owe to my architect friend, Meredith Bowles).

The last live music I heard was Viktoria Mullova playing Beethoven Violin Sonatas; the next should be contemporary jazz by the American trumpeter, domiciled here, Andre Canniere.

My current Thelonious Monk CD (there’s always one) is the 1964 set with his then usual quartet just called “Monk”.

And at various times today, largely via my iPod, I’ve heard and enjoyed Leonard Cohen’s “Chelsea Hotel No. 2”, Lou Reed’s “Caroline Says II”, “When I Ran Off and Left Her” by Vic Chesnutt, various tracks by Eels and KT Tunstall, “How Do Birds Hear Music” by the Basquiat Strings with Seb Rochford, and, delightfully, “Reconnez Cherie” by Wreckless Eric.

“Voices in the Dark” : Andrew Coburn

“The Fools in Town Are On Our Side” : Ross Thomas

“Give Us a Kiss” : Daniel Woodrell

Okay, some of these may not be underrated at all; but I don’t think they’re as well-known as they should be.

What Am I Reading Now?

“U is for Undertow” by Sue Grafton.

If I weren’t a writer what would I be?