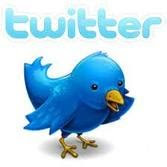 I went to the zoo yesterday.

At the Animal Antics session, I was reminded about the twit twoo thing. It takes two birds to twit twoo. The female twits and it's the male that twoos.

I needed to think of a way of remember them. For the females I decided it's what they might be saying to their male friends and partners (Twit!). The males, the wolf whistle (whit woo) was all I could come up with. Use it if you need.

Then I thought about my tweeting. How it's impacted on my life.

I've come a long way in my writing over the last nine months. I know I'm getting better at it and have a better sense of what I'm about.

It's difficult to know what it comes down to, but I'm delighted by what's happened in such a short period of time.

At least part of it is down to Twitter.

It's been a lot of fun tweeting, following people and getting to know them over time.

Before I seet up my account, I thought it was a nonsense to be entertained by folk anouncing what they had for breakfast, dinner and tea. I wasn't going to waste my time on such crazy shit - that could be left to the young ones and the technologically savvy.

First I saw of it was when I decided I could be the world's first Twitter poet. Imagine how it could take off, I thought. Checked it out. Typed in poetry. I was about ten-thousand poets too late with the idea, then forgot all about it.

Around about Easter time, a friend and colleague suggested Twitter was a great way to keep up with develpments in education as lots of the guff was easily and quickly filtered. We get so much by way of directives, promotional material, tips etc that it's it would be a full time job to keep up with it all. Twitter, she assured me, was a good way to keep up with the general and avoiding the detail unless it seemed interesting.

I set myself up after a short introduction.

Picked the name 'amouseandaman'. No idea where it came from, it just popped into my head. Above all I was happy with it as I thought it would allow me to pass comment on the world in anonimity.

It didn't, but as it turns out I don't care about that.

I started with educational sites, then quickly realised that I had very little interest in them.

Just as an experiment, I typed in Allan Guthrie. Et Voila. There he was.

Tried a few other writers.

Looked into what they followed and followed some along with them (often the choices were fairly random, but I wanted to go after a few.

It's opened up the world in a way I didn't think possible.

I'd like to think I've made Twitter buddies, people I've never met but like to hear from (not directly, just their general chewing the fat in haiku brevity). Even missed them when I was away.

I also discovered things I had no idea about. A community of writers and readers who love books and stories.

I'd always thought of their world as cutthroat and protectionist, but the Twitter experience shows otherwise.

I've found links to advice, reviews for books, tips on films, to events and to who might be worth a look online. There have been links to competitions, to magazines and sites asking for submissions, to short exercises and long reads.

I've been to blogs that are of high quality and of interest to me that I wouldn't have found in a month of Sunadys and followed their links too. It really is a web.

My web is mainly to do with reading and writing. I'll leave the arithmetic to somebody else.

But Twitter is just a machine. An engine. A form of communitation.

What I really must do is thank those who sit down and type, whatever they're typing about.

Those that I follow are really good at it.

It's follow Friday tomorrow. Consider this my entry. Check who I'm following and go to them all. They're all good people (or sometimes bad people with good tweets). Give them a chance you've got nothing to lose.
And if reading and writing aren't your bag, or if it's not the noir/crime thing that gets you going, make a web of your own. Spread your word and hear the words of others.
Posted by Nigel Bird at 10:39