Do Not Look At The Sun 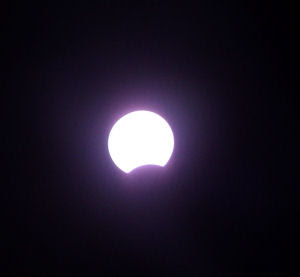 My mailbox got lots of exercise today. All that clicking and clacking, it was like it had invented a new language.

With a rumour last week that Hard Case Crime was going 'e', I had a small flutter and decided to order a few more of theirs just in case. Now I have them and the covers are everything one might expect from Hard Case - nostalgically pulp.

The new editions are:

The Gutter And The Grave (Ed McBain)

Check them out for yourself at:

Whilst on the subject of Hard Case, it appears that Lawrence Block has lost one of his novels. Really. He's got several in the HCC collection, 'The Girl With The Long Green Heart' is on my 'unread' shelf.

Anyway, it turns out that one of his earlier stories was handed over to an agent and vanished, though it may well have been published in some form or other. If you find it you should let him know. There's a reward on offer, so check his blog at:

Also through my post box, 'City Of Dragons' by Kelli Stanley. Judging by the list of recommendations on the back (and the quality of who's making them) it should be a real cracker of a read. It's next for me after 'The Last Kiss'.

The final envelope to hit the floor this morning was from France.

Inside copies of 2 creations from 'DO NOT LOOK AT THE SUN', their titles 'I Found This On The Metro' and 'Notes You Wrote On My Fridge'.

It's a great title for a mag and the concept is even better. The crew over in France leave copies of them on the Metro, in cafes and bars so that people can read them for free (imagine those cheap and nasty news productions we have here, then think of something with heart and creativity at its core).

What you'll find at the website is a colourful and warm edition that contains some little gems.

My favourite in issue 3 is a concrete poem set out in the form of a skyline. Simple yet lovely.

Copies are available for 3 Euros and that included worldwide publication.

My thought is that the online copy currently looks better than the paper one. It's easy to understand why given that it's freely available if you're in France. What I hope might happen in the future, and what I think the intention of the producers is, is that copies will be distributed around the world on the same free basis. If you can help them out (and especially if you have access to free photocopying) check out their site and see what you can do - the principle is a great one. I also hope that the production values might be stepped up in the longer term as the content is worthy of that.

I believe the next effort will include park benches as locations for distribution. What a smashing idea.

Can't blame them for walking before running and I think they deserve some support for their effort and their collective talents.

Labels: do not look at the sun