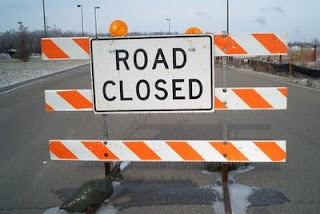 My favourite Block, without any shadow of a doubt is Lawrence. Has to be.

Writer's block. Now there's another thing. I'm not even sure where to put the apostrophe, that singular or plural thing utterly confusing.

I wonder what Matt Scudder would do.

In his earlier days he might have gone on the piss, got himself blind drunk and woken up the next day in pieces. Might even have forgotten what the problem was in the first place.

He could just sit with the problem, get on about the business of solving it whilst actively seeking other solutions.

The older, wiser man might well take it along to an AA meeting and talk it through with his sponsor. Find a path through the problem.

Closest I've ever come to and AA meeting was Gambler's Anonymous. I can still remember the first time. I was told some of the rules. It was explained that if I saw any celebrities I wasn't to breathe a word. That was wasted on me. I doubt I raised my gaze far from the floor. Still, they gave me a Standing O when I finished my bit, then moved on to some real difficult tales.

The second meeting, I was given Christmas cards and made to feel welcome. That was exactly what I didn't want. I decided there and then that if I had to go to meetings if I was going to gamble, that I'd just give the ponies (and the footie, gymnastics, golf, cricket etc) up for good.

That was five years ago now. I've only wavered once, on a day when I just had that feeling. Selected the names, popped into the bank and then to the bookies. I'd swear my hands were shaking as my mind formed arguments for and against. In the end, it didn't' matter. The machine was bust. I'd have to go back later.

'Somebody Up There Likes Me,' I figured and headed for home.

I checked later. 6 races, 6 losers. Reminded me of the good/bad old days.

So here I am in a similar turmoil.

I'm enjoying writing something about not writing. How twisted.

Of course, I'm writing. Going through the motions of hitting the keys, putting words together in my head and hoping they'll make sense to someone when I'm done.
What I'm not doing is sitting down to my novel (for a novel is what I'm calling it, whether it is or not is another matter).

Just before Easter I started to lose my discipline and my momentum. Maybe I'd been pushing too hard and burned myself out. Maybe I wasn't pushing hard enough.

Whatever it was, I ground to a halt.

I've had loads of excuses to take on:

once I started watching series 1 of The Wire, I couldn't manage anything else. It was a kind of research.

I wrote a couple of shorts for competitions that might raise my profile.

I set up a blog so I could enter one of said competitions.

I carried on with the blog because I'm enjoying it, seeing people pour in from all over the world.

I'm a working man and a father of three young children who need me around.

There are tells we need to look out for. It'll be individual, but mine is when I take some school prep home and think of it as something I'd like to get my teeth into. That's when I know something's gone seriously wrong.

Truth is, I'm at a stage where the next chapter is the point to which I've been building. It's also the one from which the momentum for the second half will begin. It's important I get it right, and you know what, I'm not sure I can.

Rather than discover that the whole thing to now has been a waste of time because I can't pull it off, I don't go near it at all; better to teach well in the morning or write a little funny on Twitter than to do that.

Recently I read a piece of advice that suggested a writer on a roll should never keep going to the end so that it's easy to pick up the next time. I tried it and it worked, until there was no escape.

Of course it doesn't matter a fig to anyone else that I'm blocked. Who cares? I don't make any money from it, so my mortgage isn't in doubt (pity the blocked souls who are in that position) and when I do finish there's little chance it will see the light of day to make the people who live in my head just now come to life.

Matters to me though.

Matters more that I know the solution.

There's no point worrying that I can't keep enough in my head to become a novelist and should stick to short stories, even if that's the truth.

There's no point being scared of what I write because I can change it.

And there's only one solution.

Sit at my laptop and write.

Good job I'm not working on a detective novel, huh?
Posted by Nigel Bird at 12:35