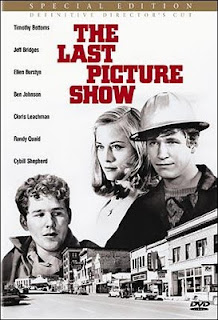 Moon. It’s a recent film, science fiction, liked by reviewers, has an interesting production history and the Bowie thing in its favour. You’d think that in a small town people would be interested in spending a Friday night nursing a beer or glass of wine in front of a big screen and unwinding after the stresses and strains of a week watching the movie unfold.

Apparently not. Turnout at our film society was down to 9, the lowest recorded so far in its history.

It’s difficult to say what’s going wrong, though committee hands must be held high for some early publicity gaffs (ie no publicity at the beginning of the year).

Other films in 2010 have been ‘All About Eve’, ‘Up’, ‘Let The Right One In’ and ‘The Wrestler’. Next time round it’s ‘The Cove’, a documentary about marine conservation (even more interesting in light of the BP disaster) that pans out more like a thriller than a run of the mill investigation. Sounds good to me.

Earlier in May, a free film screening was put on for our townsfolk and those in the surrounding areas. ‘Fantastic Mr Fox’ was the fodder for the children, ‘Sherlock Holmes’ for the adults.

Turnout for the kids’ film was high and for the grown-ups reasonable, but there were new faces and enough of them to make it worthwhile as a community activity.

The idea for the free film event wasn’t born entirely out of altruism. It was hoped that the profile of the society would be raised, that new members would join or that people would come along to the films they are interested in from that point on. After netting one new member, and a second by giving away a membership in a raffle, it seems that what is on offer just isn’t enticing enough.

On the plus side, we did a good thing for our town.

Like any community event, it happened only on the back of hard work and planning. People have to be prepared to make the effort to create something from nothing or to take on roles that have already been set up by previous volunteers in order to keep something rolling. We made the effort, but it seems it might have been misdirected, at least in recent months.

I wasn’t there in the beginning. Apparently there were around 80 members in those early days.

When I did join, the first two films ‘Little Miss Sunshine’ and ‘The Lives Of Others’ were full houses. Both were well-received and drummed up enthusiasm. Where did all of it go?

As far as I’m concerned this season’s programme is as strong as any of the previous ones. It’s rich and varied and not just films typically available at the cinemas in Edinburgh. The Cameo and Filmhouse would be our competition, but I doubt we’re losing customers to them, though it might be where everyone has to go soon enough if audience figures don’t pick up fairly quickly.

What is it about small town life that brings out the lethargy in us?

Like many places there’s a High Street at its centre. The old sections have been extended by mass-building projects that are set to continue for a few years yet. Many people living there can get by without ever going into the town – the train station gets them into the city, the supermarket on the outskirts provides many of the other needs. Internet shopping may provide what’s left. Perhaps they never get to see a poster from their estates.

There are also lots of people with young families who, like me, moved out of Edinburgh so that they could afford the luxury of a garden and life by the sea. It might just be that when we become parents we’re so busy trying to nurture our kids we forget to look after ourselves or don’t have any energy left. The children’s showing would suggest that – packed out when we’re providing activities for the young.

We should never forget that we provide the role models for our children whether we like that or not. If we want readers, writers, artists, good manners, healthy attitudes, broad vocabularies, work ethics, liberal attitudes to emerge from the cocoons we place our children in, we need to be demonstrating those things in our daily lives. It’s the way things go. Want curious kids, be curious. Want a broad outlook, broaden your own horizons. Want sailors, buy a boat; boxers, get down to the gym; chefs, bake cakes. Want someone who might go to reading groups, film clubs, knitting circles, join them. Of course, it will never be that simple, but you probably get the gist.

I don’t know where we go next. It’s not cheap paying for performance rights, and if things continue in the same way it might really get to be Film Society RIP.

What I remember from the Last Picture Show is a sense of small town gloom. There’s a claustrophobic haze, an inward looking population, a sense of no escape. The Picture House offers something to do, a view of other worlds and perspectives, a sense of hope. When it goes, there’ll be even less for the kids to do, less hope for them, less reason to seek new pastures.

At least there’s no tumbleweed where I live.

It’s an SOS this post. Save Our Society. How would you start? What have you done to pull something like this out of the fire? How can we turn those people who profess to be interested into attenders? No post will be seen as invalid.

Miss Mosey: Nobody wants to come to shows no more. Kids got baseball in the summer, television all the time. If Sam had lived, I believe we could've kept it goin'. But I just didn't have the know-how.

Duane: Won't be much to do in town with the picture show closed.