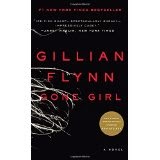 Before my thoughts on Gone Girl, I have a few little deviations to take.

First of all, I had a story published online yesterday over at Near To The Knuckle. It’s one of the few short pieces I’ve penned in the last year and I’m delighted that it found such a good home. If you have five minutes, I’d be grateful if you went over and had a read, especially if you wanted to leave an honest appraisal in the comments section.

Tangent two. A book came out last week that I had the honour of writing the introduction for. It’s called Trevor English and it’s a collection of five novellas written by the talented Pablo D’Stair. I know that if you made it to this blog that it’ll be one for you to consider. Check out a sample and see what you think – the opening pages are enough to give you a real feel for the style and the world you’ll be inhabiting if you take a chance. If you recall, the excellent This Letter To Norman Court opened live here at Sea Minor (that was a proud moment indeed – even prouder in retrospect).

And another aside, a longer short story of mine, Sleeps With The Fishes (US), is free for Kindle today.

And so to Gone Girl.

First of all, I wasn’t sure this would be for me. I picked it up from the bookshelf and felt the weight of the best-seller and almost returned it to the place from whence it came. Something about it made me curious, however, and my wife’s book group rated it, so I thought I’d give it a go.

I entered tentatively and wasn’t sure what to expect. It’s also difficult to talk about as the plot twists and alterations are crucial to the tensions, so I’ll try and work around that if I can.

What I found was a book told through the alternating voices of Nick Dunne and his wife Amy Elliott who take a chapter at a time to tell their stories. My first impression was that it wasn’t hugely exciting and that the style of writing for each character was too similar for my liking. I stuck with it, though, and found myself being intrigued by their lives. They both have interesting backgrounds and the fusion in their early days makes an engaging read. From then follows the main early strands – the aftermath of Amy’s disappearance and Amy’s diary entries reflecting upon the changes in the lives of the young couple as their relationship shifts from romantic to run-of-the-mill.

It wasn’t long before I was really interested. The actual investigation mattered less than the observation of Nick’s reactions to his new world. The police who enter his life are very well formed – they have a sort of Lieutenant Columbo naivety about them as they work in ever decreasing circles around their main suspect.  The writing was excellent at times and I was having a thoroughly good experience.

After a while I found myself flagging again and the end of Part One came as a bit of a relief.

Thankfully Part Two really took on a strong hold and I was back in the groove. It almost carried me through in a rush of page-turning. Almost.

And then the ending. This faltered a little to my mind. It felt like all the twists and turns had to be explained and wrapped up neatly and in doing so the story lost some of its energy and appeal. It also lost something of the plausibility that I hadn’t really questioned in much of the build up. I’d rather have had a looser climax where more was left to my imagination. Even so, there is something brutally noir about the finish that is chillingly cold.

Overall, I can see why this became such a successful book and was made into a film. I did find much of it very entertaining. I think that Gillian Flynn clearly has a talent for observations about people and relationships as well as a love of wordplay and irony, all of which she is able to express very well indeed.

I’m glad I took the time and made the space for this one. I’ll not recommend it with any passion, but certainly hope I haven’t put you off – that certainly isn’t my intention. If you’re curious, take the leap. I think you’ll feel it was worth it.
Posted by Nigel Bird at 12:38