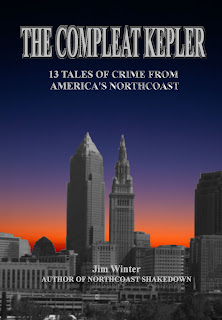 YOU’RE BACK THIS TIME WITH A COLLECTION. WHY NOW?


I’ve wanted to put the Keplers together for a while now. Since the third Kepler novel still needs work, I thought this was an opportune time to put all those shorts together.


WHAT WAS THE FIRST STORY?


The first written was “Race Card,” which shows in the rather large cast of characters and complex plot. The first published was “A Walk in the Rain,” which went to Plots With Guns the same week it was written.


DO YOU HAVE A PERSONAL FAVORITE?


I’m partial to both “Roofies” and “Full Moon Boogie.” Both have rather strong female characters. One is a survivor, turning a rough life to her advantage. The other is someone who long ago decided to live life on her own terms after trying to live up to everyone else’s.


WHAT WAS THE STRANGEST ONE TO YOU WHEN YOU FINISHED IT?


“Wring That Neck.” I never really saw Nick functioning in a rural setting before. It was supposed to be something of a parody.


“Flight of the Rat” gave me pause. It went to Judas, whose editor actually saw the plane hit the Pentagon and later learned a friend of his was on that flight. That was written about 2003, and even then, there was a “Too soon” cloud that hung over writing it. I think any other editor would have taken a pass on it.


WILL THERE BE MORE NICK KEPLER?


Bad Religion, the third novel, is in the can, in need of a couple more passes. There’s also a novella called Gyspsy’s Kiss, where Gypsy from “Roofies” decides she wants to leave the sex trade once and for all, but only after she has one last client. I had a sequel to Bad Religion outlined, but haven’t decided if I’ll write it or not.


I’m currently rewriting Holland Bay, which has become that cliché novel a writer is always working on but never finishing. I decided last year to put up or shut up with that one.

HOW ABOUT ANOTHER COLLECTION?


I do plan to put the non-Kepler shorts together in a collection called The Compleat Winter, probably late this year or in early 2014.


Jim Winter shows up at work every morning and spends about two hours on Tumbler pretending to write code. He lives in Cincinnati with his wife and stepson.