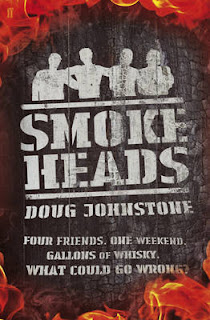 Q: Let’s start by talking about your drink problem.


Q: Have you read your own book Smokeheads?
A: Yeah, I read it. Too many fucking times.


Q: Anyone who writes something that fucked up about whisky has a drink problem.


A: A drink problem is when it affects your daily life. OK, I like a single malt, but I know not to swig it on the way to pick up the kids from nursery and school.


Q: And you consider that a success? Not being drunk in a school playground?


A: Yes. But it’s midnight and everyone’s in bed.


Q: Do you often drink on your own late at night?


A: Yes I do, look I thought we were here to punt my books and shit.


Q: OK, tell me what’s so good about Smokeheads then?


A: I once saw A. L. Kennedy at a book event. She was asked which of her books was her favourite. She said: ‘It’s not my job to like what I write.’


Q: What are you saying? You don’t like Smokeheads?
A: It’s fine, I guess. It’s got its moments. The DIY brain surgery is OK, and some of the chase scenes across the snow are pretty gripping maybe, if you like that sort of thing. There’s some snappy dialogue in there too. And some nasty deaths.


Q: You are really selling it to the readers.


Q: I’ve read that on eight other websites. Got anything new?


A: Yes, I do. It’s The Wicker Man meets Shallow Grave.


Q: That sounds OK. Care to expand on it?


A: Four late-thirties ex-uni mates go to Islay, one of them has a secret plan to get another one to invest in a business plan. The weekend goes spectacularly wrong in ways you couldn’t begin to comprehend. OK, you could if you were a sick fuck.


Q: It sounds like a very blokey book – all guys and whisky and violence and macho bullshit – is that correct?


A: Incorrect. The strongest character in the book is Molly, a distillery tour guide who gets mixed up with them and, without giving too much away, saves (some of) their asses.


A: OK, same thing happens in my first two novels Tombstoning and The Ossians, so fucking sue me. 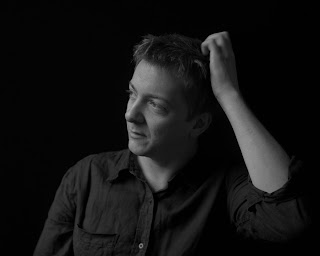 
A: I’ll save you the bother – I like strong, independent women, and I’m a hapless loser.


Q: What does your wife think of that?


A: My strong, independent, clever, funny, beautiful wife is unavailable for comment.


Q: OK, so what next on the writing front? More shiftless dicks saved by Joan of Arcs?


A: Actually no. The next novel is called Hit and Run and is out through Faber in March 2012.


Q: Hit and Run? Wow, original title. What’s it about?


A: Take a fucking guess. I am obsessed with car crashes. Obsessed. Three young professionals hit a guy while driving home from a party loaded. They panic. They fuck up. It comes back to haunt them big time. They get involved like you wouldn’t believe. As the strapline for the cover says: ‘Hit and Run – but what if you had to go back?’


Q: How does it compare to Smokeheads and the previous work?


A: It’s much, much nastier, much more stripped down, much more plot driven, much deeper psychologically and full of prescription pills instead of booze. And it’s set in Edinburgh for the first time. Southside, to be specific.


Q: OK, one last question – what advice would you give aspiring writers?


A: Get outdoors. Become a tree surgeon or a furniture maker or a farmer. Or a nurse or doctor. When the apocalypse comes, novelists will be at the bottom of the pile, but if you can grow crops or heal the sick or make a fucking comfy chair, well, that’s something isn’t it?
Sea Minor would like to point out that Smokeheads is a terrrific read, a fast of pace distillation of On The Road with less likeable characters and blood.
Word is that 'Hit And Run' is even better.
And you should click here.
Posted by Nigel Bird at 13:26